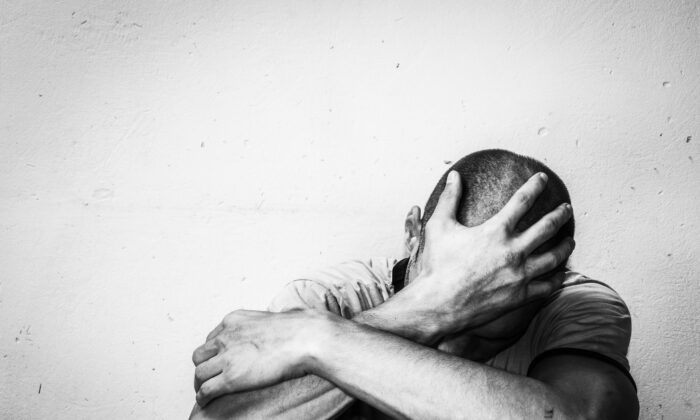 70 percent of people in treatment for drug dependency also have a mental illness.(Srdjan Randjelovic/Shutterstock)
Mind & Body

Mental Illness and Substance Use: The 2 Often Go Hand in Hand, So Why Is It so Difficult to Get Help?

In the United Kingdom, it’s estimated that 86 percent of people who access treatment for alcohol use experience mental health problems. Similarly, 70 percent of people in treatment for drug dependency also have a mental illness. For those people who report coexisting mental health difficulties, depressive and anxiety symptoms tend to be the most common.

Often people with substance use issues find getting help for their mental health is difficult and frustrating—as there’s often the view from mental health professionals that patients need to stop using drugs or alcohol before they can access treatment.

But herein lies the problem because, for many people, using a substance can be the way they cope—or mask mental health difficulties. Asking them to stop using drugs or alcohol means taking away their coping strategy and without immediate support, it’s likely that person will return to using substances to cope with psychological distress.

In the United States, NIDA found those with co-occurring drug and mental illness disorders also struggled to get the treatment they needed. For slightly over half of them, cost was the largest barrier. Of those who got treatment, 34 percent received mental health care only, 9 percent received dual care, and 4 percent only received substance use treatment.

Someone with both a mental illness and substance use disorder is considered to have a “dual diagnosis”—a concept that emerged in 1990. In 2002, the United Kingdom’s Department of Health reported that supporting people with dual diagnosis was one of the biggest challenges facing frontline mental health services.

The report highlighted how fragmented care leads to people falling between the cracks in services. It warned that “patients should not be shunted between different sets of services or put at risk of dropping out of care completely.”

The report also stated that people with dual problems deserve high-quality, patient-focused, and integrated care, which should be delivered within mental health services. But 18 years on from these findings, sadly nothing has changed—if anything, things have got worse.

As part of my ongoing doctorate research, I sent a freedom of information request to every mental health trust within England. I wanted to find out if high-quality and integrated care exists for people with a dual diagnosis.

The results show that only 58 percent of the NHS trusts record data about people with a dual diagnosis and that only 28 percent of those trusts had specific teams that offered treatment. The remaining trusts outsourced treatment to voluntary or private-sector substance use services. This means that where you live affects the type of care you will be given—creating a post code lottery for people trying to access support and treatment.

From the data I collected, only 11,486 UK patients were recorded to have a dual diagnosis. Yet it’s estimated that 586,780 people are alcohol dependent in the UK—so it’s likely that the real figure is far higher.

A Crisis on the Frontline

There are several reasons why the data collected isn’t a true reflection of the prevalence of dual diagnosis—and one reason is the term itself. There isn’t a clear definition of “dual diagnosis”—and services often develop their own local word or use the term “co-occurring mental illness and substance use” instead.

Another reason is that people with a substance dependency may not go to the doctors for help with their mental health for fear of being rejected. Hearing the words: “We can’t treat your mental health if you are using substances” is becoming the norm for people with substance use. This discrimination and stigmatization puts people’s lives at risk.

COVID-19 has presented significant challenges to UK health care systems and public health policies. Disruption has led to community-based services grinding to a halt due to the redeployment of health care workers and quarantine restrictions. People with a dual diagnosis not only suffer from their mental health and substance use, but most will also have multiple needs. Some will have experienced significant trauma, live in poverty, may be known to the criminal justice system, and have little or no support in the community.

Research has shown how past crises significantly affected the more vulnerable in society, leading to an increase in substance use. So it would be remiss to think that mental health difficulties and substance use will not increase in the wake of the pandemic. In fact, it runs the risk of overwhelming an already exhausted NHS.

This is why an integrated approach to care is needed, as well as a culture change in terms of how health care professionals work with and treat people with mental health problems and substance use. The stigma must be banished now—before it’s too late.

Simon Bratt is a mental health social worker and doctoral candidate at Staffordshire University in the UK. This article was first published on The Conversation.