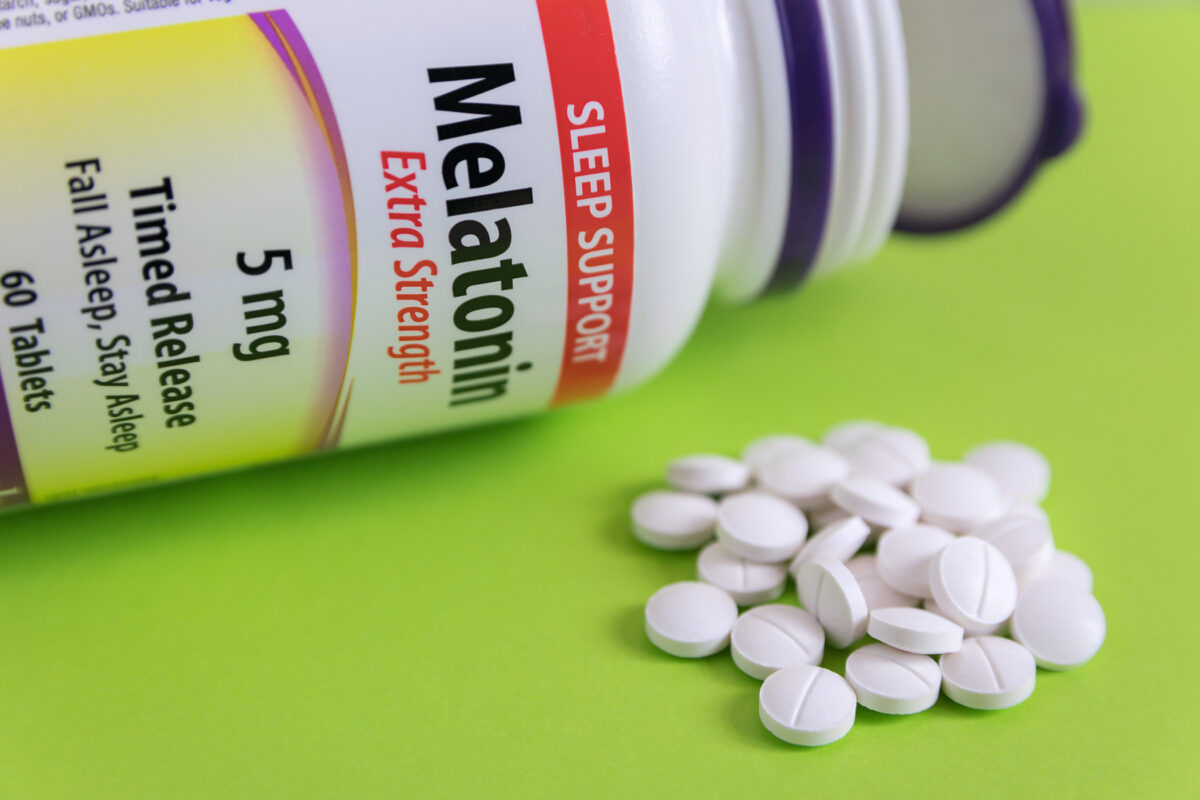 How and Why Melatonin Is an Effective Sepsis Treatment

Sepsis is a life-threatening condition that’s triggered by a systemic infection that causes your immune response to go on overdrive.

While melatonin works as a natural sleep regulator, it affects health in many other important ways as well.[1] For example, melatonin:

As noted in the Journal of Critical Care:[8]

“Melatonin is a versatile molecule, synthesized not only in the pineal gland, but also in many other organs. Melatonin plays an important physiologic role in sleep and circadian rhythm regulation, immunoregulation, antioxidant and mitochondrial-protective functions, reproductive control, and regulation of mood. Melatonin has also been reported as effective in combating various bacterial and viral infections.”

Melatonin — A Potential Treatment for Sepsis?

The Journal of Critical Care paper,[9] published in 2010, further highlights the potential role of melatonin in the treatment of sepsis (blood poisoning), a life-threatening condition triggered by a systemic infection that causes your body to overreact and launch an excessive and highly damaging immune response.

Unless promptly diagnosed and treated, it can rapidly progress to multiple-organ failure and death. According to the Journal of Critical Care:[10]

“Melatonin is an effective anti-inflammatory agent in various animal models of inflammation and sepsis, and its anti-inflammatory action has been attributed to inhibition of nitric oxide synthase with consequent reduction of peroxynitrite formation, to the stimulation of various antioxidant enzymes thus contributing to enhance the antioxidant defense, and to protective effects on mitochondrial function and in preventing apoptosis.

In a number of animal models of septic shock, as well as in patients with septic disease, melatonin reportedly exerts beneficial effects to arrest cellular damage and multiorgan failure.”

In summary, melatonin appears to reverse septic shock symptoms by:[11]

According to the authors, the ways in which melatonin can help prevent septic shock are complex:

“Apart from action on the local sites of inflammation, melatonin also exerts its beneficial actions through a multifactorial pathway including its effects as immunomodulatory, antioxidant and antiapoptotic agent.”

Stephanie Seneff, Ph.D., senior research scientist at MIT, also recently brought the potential role of melatonin to my attention. In an email to me, Seneff explains:

“I just figured something out about COVID-19 and glyphosate. Upper respiratory infections are a high risk for people who have a deficiency in mannose binding lectin (MBL). MBL has a long sequence in the protein that looks like collagen (

‘In presence of calcium ions, it binds to surfactant phospholipids and contributes to lower the surface tension at the air-liquid interface in the alveoli of the mammalian lung and is essential for normal respiration … Can recognize, bind, and opsonize pathogens to enhance their elimination by alveolar macrophages.’

I would wager that glyphosate disrupts the collagen-like stalk of the lung surfactants preventing them from binding to and clearing the COVID-19 virus … I was wondering why the elderly are suffering much more from sepsis and cytokine storm during COVID-19 infections. A significant difference in older patients compared to younger patients is their melatonin levels”

Stephanie Seneff, Ph.D., senior research scientist at MIT  cites a 2014 study[13] in the Journal of Pineal Research which, like the Journal of Critical Care paper, points out that melatonin accumulates in mitochondria and has both antioxidant and anti-inflammatory activity that could be useful in the treatment of sepsis.

The study mentioned above was a Phase 1 dose escalation study in healthy volunteers to evaluate the tolerability and health effects of melatonin at various dosages. They also assessed the effect of melatonin in an ex vivo whole blood model mimicking sepsis.

No adverse effects were reported for dosages ranging from 20 milligram (mg) to 100 mg, and the blood model testing revealed melatonin and its metabolite 6-hydroxymelatonin “had beneficial effects on sepsis-induced mitochondrial dysfunction, oxidative stress and cytokine responses …” The authors further explain:[14]

“Oxidative stress in patients with sepsis has been consistently described over the last 20 years. Mitochondrial dysfunction initiated by oxidative stress drives inflammation and is generally accepted as playing a major role in sepsis-induced organ failure.

It has been recognized that exogenous antioxidants may be useful in sepsis, and more recently, the potential for antioxidants acting specifically in mitochondria has been highlighted.

In vitro models of sepsis show that melatonin and its major hydroxylated metabolite, 6-hydroxymelatonin, are both effective at reducing the levels of key inflammatory cytokines, oxidative stress, and mitochondrial dysfunction. In rat models of sepsis, melatonin reduces oxidative damage and organ dysfunction and also decreases mortality.

The dose needed for antioxidant action is thought to be considerably higher than that given for modulation of the sleep–wake cycle, but the actual dose required in man is unclear, particularly because the major bioactive effects of oral melatonin in the context of inflammation are likely to be mediated primarily by metabolite levels.”

More recently, a 2019 animal study[15] in the journal Frontiers in Immunology discusses how melatonin can protect against polymicrobial sepsis — i.e., sepsis caused by more than one microbial organism — a hallmark of which is severe loss of lymphocytes through apoptosis, resulting in a twofold higher lethality than unimicrobial sepsis (sepsis caused by a single microbe).[16]

In this case, melatonin appears to offer protection by having an antibacterial effect on white blood cells called neutrophils. A high neutrophil count is an indicator for infection. According to the authors of the 2019 study:

Upon depletion of neutrophils, melatonin-induced protection against polymicrobial infection failed in the mice, but melatonin treatment in macrophage-depleted mice attenuated the mice mortality resulting from polymicrobial sepsis.

Moreover, melatonin treatment promoted the development of the neutrophil extracellular trap (NET), which contributed to anti-bacterial activity during polymicrobial infection, whereas the phagocytic activities of neutrophils were inhibited by melatonin.

The data from this study support previously unexplained antiseptic effects of melatonin during a polymicrobial infection and could be potentially useful for human patients with sepsis.”

The potential role of melatonin in infection was also addressed in an extensive and fully referenced March 14, 2020, article by medical researcher Doris Loh, published in the Italian online magazine Evolutamente.[17]

Even young patients without comorbidities have been observed with severe pneumonia that required intensive care in ICUs,” Loh reports. “Why does SARS-CoV-2, the coronavirus responsible for COVID-19 infection, induce pneumonia in adult patients regardless of age?”

One answer may be because the viral load in those with COVID-19 infection is extremely high — 1,000 times higher than the viral load seen in SARS patients back in 2003.[18]

Preliminary research[19] cited by Loh shows the COVID-19 virus is actively replicating in the throat during the first five days after the onset of symptoms. This higher viral load could be what allows the virus to overwhelm even the immune system of some younger and healthier individuals.

Another mechanism that can help explain the high virulence of COVID-19 compared to SARS has to do with a furin cleavage site in the spike protein of the virus that wasn’t present in the SARS virus. As explained in an March 14, 2020 article by medical researcher Doris Loh, published in the Italian online magazine Evolutamente.[17] , “The presence of furins on almost all cell surfaces allow a dramatically increased ability to fuse to host cells, facilitating viral entry …” She adds:[18]

“Cleavage specificity can dictate the tropism and virulence of the virus. The fact that COVID-19 has cleavage sites for furin enzymes renders this virus to be highly pathogenic, with the capacity to replicate in MULTIPLE tissues and organs due to how furins are utilized and distributed in the human body.

Furin-like cleavage in human coronaviruses have been associated with the development of neurological diseases where the invasiveness and efficient establishment of lower pathogenicity can result in persistent infection of the central nervous system.

Thus it was not a surprise when in early March of 2020, doctors from Beijing Ditan Hospital affiliated to Capital Medical University, a designated institution for COVID-19 treatment, showed for the first time that COVID-19 can attack the human central nervous system, causing symptoms of encephalitis.

The presence of furin enzymes on all cell surfaces cleaves and activates the SARS-CoV-2 in a wide range of tissues and organs. Activated SARS-CoV-2 then unleashes NLRP3 inflammasomes, initiating a flurry of immune reactions that can result in deadly cytokine storms.”

As the name implies, inflammasomes are part of your natural immune response that senses the presence of pathogens and other factors that could pose a threat. When a pathogen is detected, inflammasomes are activated and start releasing proinflammatory cytokines.

The inflammasome NLRP3, specifically, has been identified as a key culprit in acute respiratory distress syndrome (ARDS) and acute lung injury, both of which are potential outcomes of COVID-19 infection.[19]

The cytokine storm associated with COVID-19 infection appears to be due to the virus’ ability to stimulate your immune response via viroporins, virally-encoded ion channel proteins that in turn trigger the activation of NLRP3 inflammasomes. As explained by Loh, the more functional a virus’ viroporins are, the greater its viral replication rate and subsequent pathogenesis.

As noted by Loh, the fatality rate of COVID-19 increases linearly with age, with patients over the age of 80 having the highest death rate.[20][21][22] As of yet, the explanation for why children are less likely to contract the infection or show symptoms even when they are infected,[23] is unknown.

“What does melatonin have to do with SARS-CoV-2?” Loh asks. The answer is that melatonin helps inhibit NLRP3 inflammasomes.

“The fact that the pro-inflammatory cytokine storm effects are induced by the activation of NLRP3 inflammasomes, the ability of melatonin to INHIBIT NLRP3 inflammasome elevates this powerful molecule to a truly unique position in the fight against COVID-19,” Loh writes.[24]

“This also means that if a patient, regardless of age, has adequate melatonin, the infectiousness of COVID-19 will be greatly reduced, and the chances of developing ARDS/ALI significantly diminished.”

In her article, Loh references a number of scientific articles to support her claims. Aside from studies showing melatonin inhibits damage associated with sepsis, studies have also shown it can counteract severe inflammation and “markedly reduce pulmonary injury [and] lower infiltration of macrophages and neutrophils into lungs … by inhibiting the activation of NLRP3 inflammasomes,” thus protecting against acute lung injury.

Melatonin levels are also doubled in the third trimester of pregnancy compared to the first trimester,[25][26] which may help explain why pregnant women infected with COVID-19 and their babies have gotten by fairly unscathed. A 2020 rodent study[27] even demonstrated that melatonin can help protect against lung injury caused by mechanical ventilation intervention.

“The full therapeutic potential of melatonin in its ability to modulate the immune system, especially the critical function of suppressing cytokine storms to prevent progression of acute respiratory distress syndrome (ARDS) and respiratory failure in infected patients was clearly demonstrated in a study by Huang et al. (2019).

Originally published May 12, 2021 on Mercola.com