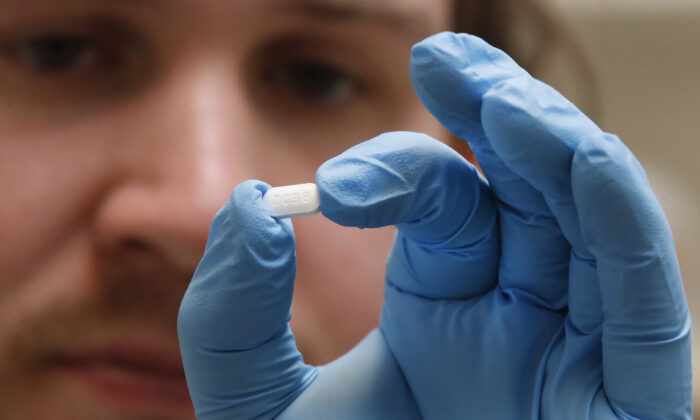 Editors of a medical journal acknowledged “serious scientific questions” have been brought up regarding a controversial study they published that’s attracted widespread criticism from a variety of professionals.

“Important scientific questions have been raised about data reported in the paper,” The Lancet editors wrote in a statement (pdf) about a recent observational study analyzing the effects of hydroxychloroquine and chloroquine against COVID-19.

An independent audit of the data in the study is ongoing, commissioned by the authors of the paper.

While results are expected shortly, the editors said they were issuing a statement “to alert readers to the fact that serious scientific questions have been brought to our attention.”

The original study, though, does not contain an editor’s note or any other notice to readers. A small correction issued last week is also placed separately. Readers have to scroll down to a linked articles section and click a link labeled “Department of Error” to read the correction.

The Lancet didn’t immediately respond to inquiries on the matter.

The authors of the study claimed to obtain medical records of nearly 100,000 patients from hundreds of hospitals in six continents in putting forth the conclusion that hydroxychloroquine and chloroquine were linked with an increased mortality risk. The conclusion prompted French and World Health Organization officials to suspend trials testing the drugs against COVID-19.

But more than 100 scientists analyzed the findings and found major issues, including inadequate adjustment for variables, a lack of ethics review, and numbers that don’t appear to add up regarding patients in Australia and Africa.

Furthermore, the researchers are refusing to release the code or underlying data they used.

The Chicago-based Surgisphere Corporation allegedly provided all of the data. The company said in a statement that it provides researchers access to a database of over 240 million “patient encounters” from over 1,200 healthcare groups in 45 countries.

Data privacy prevents the release of the figures that outside scientists want to analyze, Surgisphere said.

Sapan Desai of Surgisphere is listed as an author, along with Mandeep Mehra of Harvard Medical School, Frank Ruschitzka of University Heart Center at the University Hospital Zurich, and Amit Patel of the Department of Biomedical Engineering at the University of Utah.

Funding came from Brigham and Women’s Hospital in Boston, Massachusetts.

Another study involving Surgisphere also drew an expression of concern from a medical journal.

Eric Rubin, the editor of the New England Journal of Medicine, said a study of heart drug safety could contain data that’s not reliable, alerting readers that “substantive concerns have been raised about the quality of the information” in the database Surgisphere is drawing from.

Representatives for Harvard and the University Hospital Zurich directed The Epoch Times to a statement by Mehra.

The researcher said that he and other coauthors have initiated independent reviews of the data used in both papers “after learning of the concerns that have been raised about the reliability of the database.”

Upon completion, the results will be sent to the editors of the journals and the coauthors.

“The data available through Surgisphere were leveraged to provide observational guidance to inform the care of hospitalized COVID-19 patients amidst this global pandemic. I have routinely underscored the importance and value of randomized, clinical trials and articulated that such trials will be necessary before any conclusions can be reached. Until findings from such studies are available, given the urgency of the situation, using the available dataset was an intermediary step. I eagerly await word from the independent audits, the results of which will inform any further action,” Mehra added in the emailed statement.

A request for comment sent to Patel wasn’t returned.

Hydroxychloroquine has attracted widespread attention after showing promise against COVID-19, the disease caused by the CCP (Chinese Communist Party) virus, but transformed into a political issue after endorsement from U.S. President Donald Trump.

The drug was first approved decades ago to combat malaria and several other ailments. It has known side effects, prompting the U.S. Food and Drug Administration to caution last month against using it widely. Some researchers conducting observational studies say it showed no benefit when used in COVID-19 patients and could cause a higher death rate.

But researchers in India recently found hydroxychloroquine was effective when taken as a prophylactic and other studies suggested it’s effective at certain dosing levels and with other drugs, including azithromycin and zinc.

While the latest study quickly prompted some groups to suspend trials, others pushed back against the findings when they were first published last month.

Researchers conducting a major trial across multiple countries analyzing drugs, including hydroxychloroquine, against COVID-19, said the chair of an independent data monitoring committee conducted an urgent review of the data. The chair then spoke with researchers before issuing a letter stating the committee “saw no cogent reason to suspend recruitment for safety reasons and recommended the trial continue recruitment without interruption.”

Martin Landray, one of the researchers heading the trial, said in a social media statement that there are “so many questions” about the study, Surgisphere, and the authors.

“But even if the paper were perfect, the conclusion remains, ‘We need evidence from properly conducted *randomised* controlled trials.’ Retrospective comparisons are no way to guide important treatment decisions,” the professor of medicine and epidemiology at the Nuffield Department of Population Health added.

“COVID-19 is too serious for important treatment decisions to be based on speculation, opinion, or retrospective observation. Ongoing randomized controlled trials are essential whether hydroxychloroquine is safe, effective, or neither.”

Robert Califf, former commissioner of the FDA, said on Twitter that he agrees with the FDA that hydroxychloroquine should be used primarily in clinical trials and hospitals.

But, he said, he’s “disturbed by the number of highly health literate people (including some regulators) who look at observational studies and pronounce that the evidence is already in.”