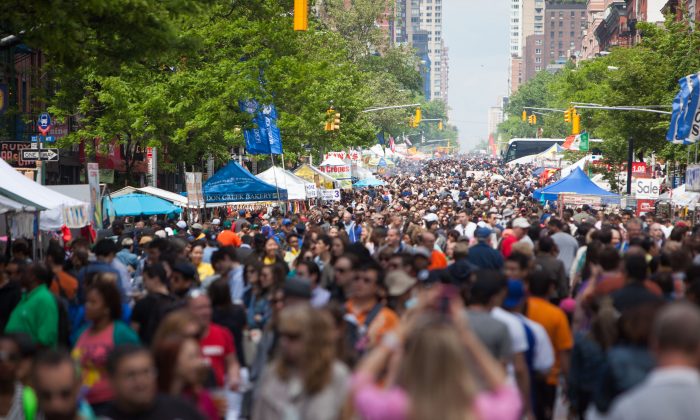 Enrollment in Medicaid is projected to stay relatively stable but costs for the program may rise, according to a report by the Kaiser Family Foundation. (Petr Svab/ The Epoch Times)
US News

Medicaid Enrollment Decreased in 2018 Due to Strong Economy: Report

Enrollment in Medicaid and the Children’s Health Insurance Program (CHIP) is projected to grow modestly in 2019 after declining this year, while spending on the programs is projected to increase.

A report by the nonprofit Kaiser Family Foundation (KFF) predicts that enrollment in Medicaid and CHIP will rise by less than 1 percent in 2019, compared to almost half a percent decline in 2018 and a 2.8 percent rise in 2017.

“States largely attribute the enrollment slowdown to a strengthening economy, resulting in fewer new low-income people qualifying for Medicaid. Some states also cited new efforts and systems to verify enrollees’ continued eligibility for the program as a factor,” according to KFF’s 18th annual budget survey of Medicaid officials in 50 states.

Wages have been on the rise over the last year. According to the Bureau of Labor Statistics, wages for most workers, except those in the federal government, the military, and agricultural workers, rose by 2.8 percent. Over that same time period, employer costs for health care increased 1.9 percent.

The KFF report predicts that while enrollment will remain steady, spending will not follow pace.

The reason spending will outpace enrollment, according to the KFF report, is that fewer adults and children are signing up relative to seniors and people with disabilities, who are more expensive to care for.

Centers for Medicare & Medicaid Services (CMS) also predicts spending on the program to rise, but at a slower rate compared to previous years. Between 2017 to 2026, CMS predicts that spending on Medicaid will rise by 5.8 percent, down from 8.3 percent between 2014 and 2016, the first two years after the Affordable Care Act went into effect.

“Today’s report from the independent CMS Office of the Actuary shows that health care spending is expected to continue growing more quickly than the rest of the economy,” said CMS Administrator Seema Verma in a statement. “This is yet another call to action for CMS to increase market competition and consumer choice within our programs to help control costs and ensure that our programs are available for future generations.”

The cost of prescription drugs was cited by both KFF and CMS as one of the main drivers in Medicaid costs, which the Trump administration has sought to tackle as part of it’s American Patients First drug pricing blueprint, unveiled in May.

On Oct. 25, Trump announced that CMS is proposing a rule to bring Medicare drug prices in line with those of other countries, ending what he called “global freeloading.” The administration sees this as a way to drive down prices, which are set by companies, while still respecting the market’s decisions on pricing.

CMS is also looking at a rule that would require drug makers to put drug prices on TV ads.

Health and Human Services Secretary Alex Azar has warned drug makers that they should expect to change or be changed. Over three months after unveiling the blueprint, the administration announced that 13 drug companies had promised to freeze drug prices for the rest of 2018, and two had already either lowered or rolled back price increases.