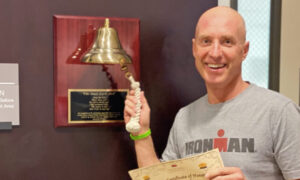 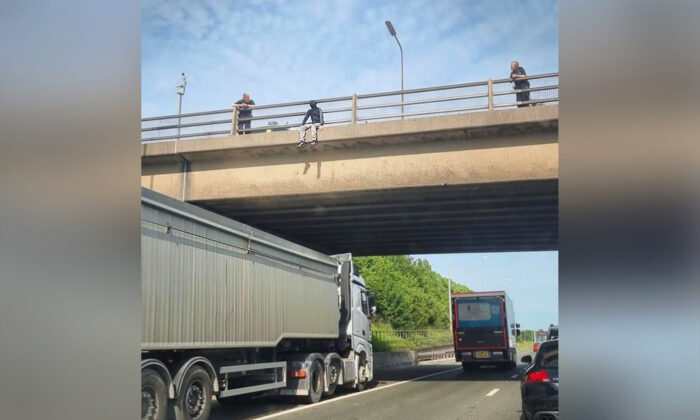 A photo posted on Facebook last Thursday in the UK shows a man who climbed over the M62 motorway bridge railing, his legs dangling precariously over the ledge, and it has garnered reactions from social media users.

People online praised a long-haul truck driver who parked his vehicle underneath the man to break his fall, should he jump.

The truck remained parked on the motorway until the man was eventually escorted away from the ledge and brought to safety.

The photo, which was posted by Vulnerable Citizen Support Leeds, was shared by the group to raise awareness of the realities of mental health and suicide.

Along with the image, the organization posted words of encouragement to people, stressing the importance of not staying silent when dealing with life situations where they need a helping hand.

“What people don’t understand is that to jump on the other side of any bridge—indicates something drastically wrong with their mental health. But what’s next?” the post read.

“I have family who have been at this point before and still had to wait a week for an appointment when she found herself on top of a bridge. This post is to raise awareness that—ITS OKAY—NOT TO BE OKAY—and you can or should speak out.”

The post garnered hundreds of reactions from Facebook users, with many hailing the driver for his heroic act.

“Well done to the lorry driver, it brings back some faith in humans. Mental health are awful and we need better support rather than let it get to this stage,” commented Cheryl L. Holland.

Laura Petty added, “Well done to that lorry driver. Hope the person on the bridge gets the help they need.”