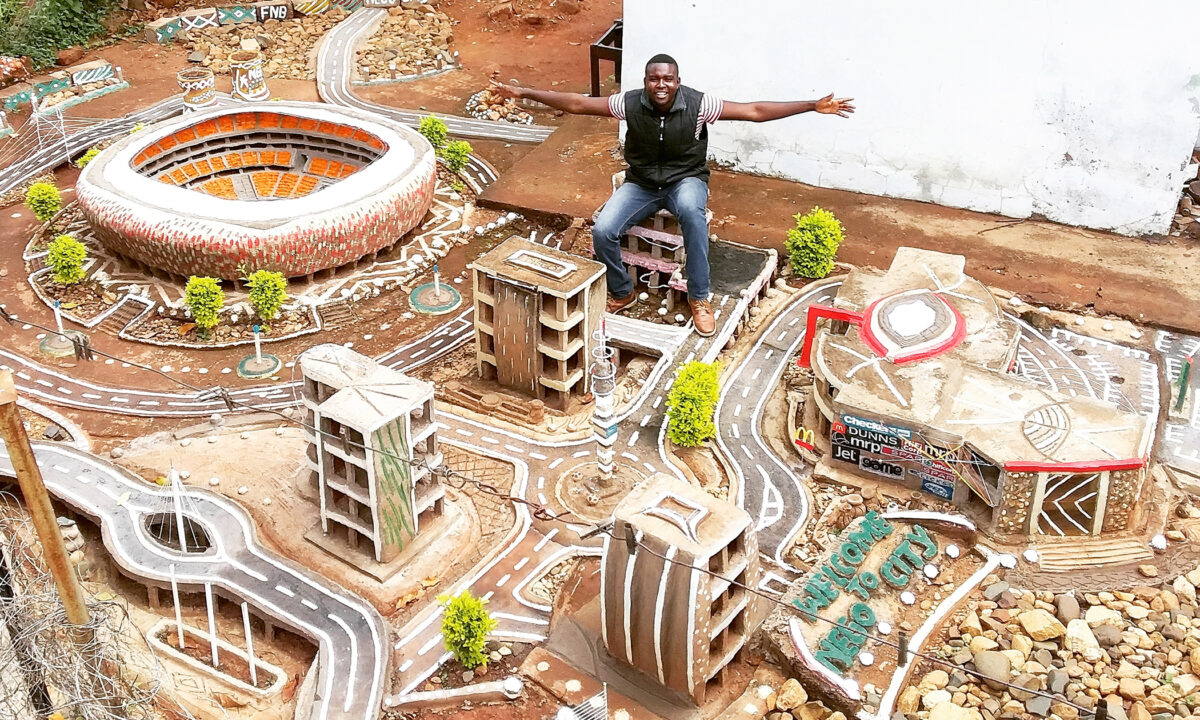 Using recycled and repurposed materials, a South African artist with a creative vision has built a mini replica city of Johannesburg in his parents’ backyard. His replica grew over 12 years to include many of the city’s most iconic structures, rendered in incredible detail, and has even led to a career for the artist in architectural design.

“The stadium was the host of the very first soccer World Cup in Africa in 2010, so I saw the stadium on TV in 2007 and loved the design of it; the shape of it just grabbed my attention,” Negondeni told The Epoch Times. “I started with the stadium as the main vision.”

In 2008, Negondeni began his endeavor with soil, sand, wires, cardboard, plastic, cement, and fabric as his construction materials. He also dreamed of sitting inside the stadium, but his family could not afford a ticket at that time.

In 2015, Negondeni fulfilled his dream of visiting Johannesburg and “fell in love” with how the city looked, and felt that NegoCity was incomplete, as it lacked some elements from the City of Johannesburg. The stadium had to be surrounded by the tall buildings that towered over the FNB stadium. He thus took this opportunity to elevate his skills and bring out the best of his creativity.

In 2016, he added some iconic structures from the city of Johannesburg to his backyard replica, such as a miniature Nelson Mandela Bridge, Telkom Tower, Soweto Towers, residential flats, a shopping mall, offices, parks, and a hotel, designing a network of roads around the perimeter.

He managed to complete the whole city by December 2018.

“When I completed the city and officially named it NegoCity, it was one of the greatest moments,” he shared. “I was happy and filled with joy to see my vision come to life.”

The 12-year-long project, although incredibly successful in the end, didn’t come without challenges.

He reflected: “Challenges that I came across were people not understanding what I was doing. I was making the whole yard dirty with waste materials and always looked dirty myself with mud every day. My friends and neighbors, they used to laugh at me.”

Yet, he continued, “because family is family, they came to the party and became part of building the project.” Over the years, friends saw the yard transform and began to pay closer attention to it.

Today, Negondeni’s mother takes care of maintaining the mini city when her son is not around by cleaning and cutting flowers.

The artist’s friends and family were not the only ones impressed by the fruits of his labor. Netizens from all around the world sent messages of support on social media, and when a fan from Durban in KwaZulu-Natal province shared NegoCity on LinkedIn in October 2019, it went viral.

The Director of Orvall Corporate Designs, Themba Maluleke, saw the post and reached out to offer the artist an 18-month internship program, despite Negondeni’s not having the requisite qualifications.

“He said, ‘You deserve it, your work impressed me,'” Negondeni explained. “I started to get paid for learning architectural work … I worked hard for 12 years, not knowing that, one day, these waste materials will change my life forever. Even though I couldn’t do well at school, there’s still a better life for me with the talent that God gave me.”

To top off Negondeni’s success, FNB Stadium also heard his story and reached out to offer him a tour and tickets to a live game, My Modern Met reported, fulfilling the artist’s long-held dream to see inside the structure that inspired his replica.

“Love and support from family made me continue freely and showcase the best of my creativity,” he told The Epoch Times. “My message I would love to send to the world is, love what you do and accept the gift that God has given you.

“Trust the process of life change, because it took me 12 years to complete the whole mini city.” 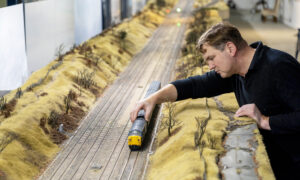 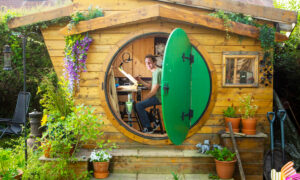 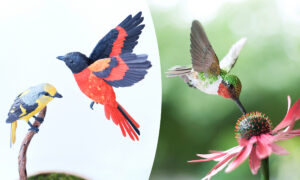