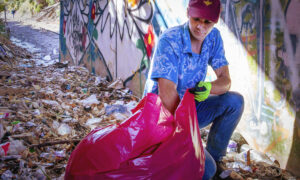 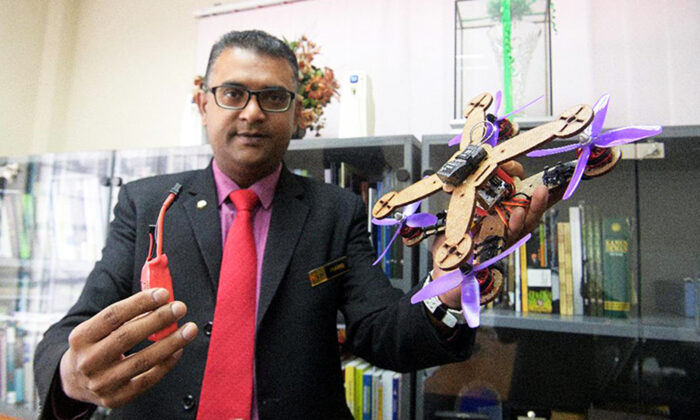 Malaysian researchers have been working on sustainable solutions for pineapple waste since 2017, and now they have ultimately landed on an airborne innovation: eco-friendly, biodegradable drone parts made from pineapple leaf fibers.

The pineapple leaves—which are usually burned during the annual pineapple harvest—were collected from farmers in the Hulu Langat district by a team at University Putra Malaysia (UPM).

The processed, sinewy fibers were used to build the skeleton of their so-named Putra Unmanned Aerial Vehicle (UAV), the university said in a statement.

The Putra UAV is the “first such innovation” on record to use natural fibers from pineapple leaves, plus rechargeable motors, blades, and batteries to support its functionality, according to the statement.

UPM’s professor Mohamed Thariq Hameed Sultan, the head of the research team, said in the statement that “most drones are currently made of plastic, carbon fiber, and aluminum which are categorized as synthetic fibers.”

In test flights, the innovative drone reached altitudes of 30 meters (approx. 100 feet) and was able to sustain flight for up to 20 minutes at a time, the statement said.

Professor Sultan told Reuters that the Putra UAV’s bio-composite skeleton has a “higher strength-to-weight ratio” than its synthetic counterparts, and is cheaper and lighter.

He said a fully dysfunctional bio-composite skeleton could be buried in the ground, where it “would degrade within two weeks.”

One of the drone’s most beneficial features, besides its eco-friendly skeleton, is its capacity for electrical resistance that can prevent the device from short-circuiting, according to the UPM statement.

The team at UPM is working closely with Malaysian pineapple farmers as their research continues, with sights set on a larger, sturdier drone with image sensors to assist in farming and aerial inspections.

William Robert Alvisse of the Malaysian Unmanned Drones Activist Society, an NGO working with UPM on future designs using bio-composite materials, told Reuters that their team is working to “help the industry, the farmers, to increase their yield and make their jobs much easier.”

According to Reuters, farmers are looking for income solutions amid the ongoing pandemic and are encouraging this new demand for the pineapple stems and leaves that were once merely discarded waste material.