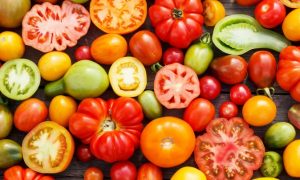 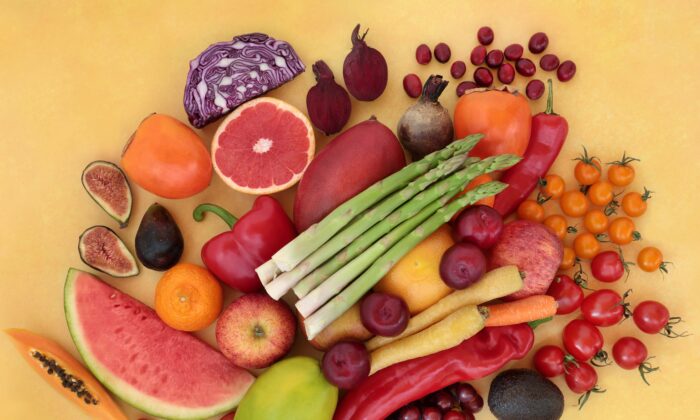 Did you know that guava and tomato are just two of the lycopene-rich fruits and vegetables that can protect your brain and reduce your risks for cancer, heart disease, and bone fractures?

Lycopene is the pigment in red fruits and vegetables like pink guava and tomatoes. It is an important nutrient scientists are currently testing in the prevention and suppression of neurodegenerative diseases. Past research has shown lycopene to have antioxidant properties, which are effective in fighting other diseases such as cancer, precursors to heart diseases, and bone conditions.

Lycopene demonstrated antioxidant properties in protecting the neural system in vitro and the consumption of lycopene-rich fruits and vegetables is recommended as a preventive strategy for neurodegenerative diseases, according to a review and meta-analysis published in Atherosclerosis.

In addition to suppressing oxidative stress and inflammation in the brain, lycopene restores changes associated with neurodegenerative disorders, epileptic conditions, aging, brain hemorrhages, spinal cord injury, and neuropathy and prevents proteinopathies, neuroinflammation, apoptosis, cerebral edema, and synaptic dysfunction in the brain, according to a review published in Neurochemistry international.

In their in vitro study of mice, researchers found lycopene to be effective in reducing oxidative stress, which is considered a major cause of Alzheimer’s disease, by reducing cell apoptosis through activation of the PI3K/Akt pathway.

Researchers studied 6,958 participants aged older than 50 years to assess the impact of carotenoids on mortality risk from Alzheimer’s. High levels of lycopene, lutein, and zeaxanthin were found to lower the risk of Alzheimer’s mortality. In an Alzheimer’s-induced mice study, oxidative stress biomarkers were measured with two treatments—lycopene and lycopene combined with vitamin E.

The combination was synergistic in significantly decreasing memory impairments and improved three oxidative stress markers for Alzheimer’s. In a rat study, researchers demonstrated that lycopene, a natural carotenoid, lowered aluminum-induced hippocampal lesions by inhibiting oxidative stress-mediated inflammation and apoptosis in the brain.

Similarly, lycopene was found to be very effective against age-induced cognitive impairment, memory loss, and cognitive defects while reversing age-associated neuronal damage and synaptic dysfunction in brain synapses by mitigating oxidative stress and inflammation markers in a mouse model.

In addition, researchers have found lycopene-rich foods like tomatoes affected rates of a variety of other cancers. In a meta-analysis including 15 studies of 644 animals, lycopene supplementation significantly reduced the incidence, number, and growth of liver cancer.

In their comprehensive review of the literature, scientists attested to tomato lycopene’s preventive action against the formation and development of lung cancer as well. Lycopene supplementation in lung and liver tumor-induced mice reduced experimental tumor metastasis in vivo by decreasing tumor invasion, proliferation, and angiogenesis.

In a pooled analysis of 21 studies, the group that consumed the most tomato products had the lowest risk for gastric cancer. In a study of U.S. adults, tomato (86 percent lower risk) and lycopene (79 percent lower risk) intake was inversely related to all cancer deaths.

Guava leaf extract has been shown to have a strong anticancer effect by preventing and stopping the growth of cancerous cells in in-vitro studies of animal induced cancers.

In a meta-analysis of 14 studies, high dietary lycopene was significantly associated with low risk for cardiovascular disease, stroke, and coronary heart disease. Similarly, in an overview of 23,935 patients, mortality from coronary heart disease and cerebrovascular disease was significantly lower for those who had high tomato and lycopene intake, illustrating their cardioprotective abilities.

A systematic review and meta-analysis of 21 studies showed that increasing the intake of tomatoes and lycopene products has positive effects on blood lipids, blood pressure, and endothelial function, which make them valuable nutritional strategies to fight cardiovascular diseases.

Guava consumption was shown to have significant effects on heart health risk in 120 patients with high blood pressure Specifically, the study found a 9.9 percent net decrease in total cholesterol, 7.7 percent decrease in triglycerides, and blood pressure lowered (systolic by 9 points and diastolic by 8 points) with an 8 percent net increase in high-density lipoprotein cholesterol after 12 weeks of guava fruit treatment.

In another study, 370 men and 576 women (70 to 80 years of age) from the Framingham Osteoporosis Study completed a food frequency questionnaire in 1988 to 1989 and were followed for 17 years for bone fractures.

Results showed that subjects with higher lycopene intake had a significantly lower risk of hip and nonvertebral fractures. Tomato and tomato products, as rich sources of lycopene, have been shown to decrease bone loss, which significantly lowers the risk for fractures in vivo and in vitro studies of postmenopausal women.

In vitro and clinical studies of osteoblast cells found the intake of a lycopene-rich tomato sauce (5 mg and 10 mg) in 39 postmenopausal women resulted in no significant bone density loss with the treatment and better bone turnover results compared to those in the non-tomato sauce control group, showing that tomato sauce can be used to lower risk of bone loss and to prevent osteoporosis.

So which fruits and veggies are reliable lycopene sources? Boost your lycopene levels by increasing your consumption of the top foods found in the list below.  Although there is no daily minimum requirement for lycopene, sources suggest consuming from 8 mg to 21 mg per day for optimal health.

Some people may experience chronic pain and inflammation from sensitivity to foods called “nightshade” vegetables. That is because they can contain glycoalkaloids such as solanine in potato and eggplant,  tomatine in tomato and capsaicin in garden peppers as well as wheat lectin or chitin-binding lectins found in tomatoes and red pepper.

Reactions should be monitored for their effect on the digestive system and arthritic symptoms, and triggering foods should be avoided completely (if the sensitivity continues) or slowly brought back into the diet one by one if tolerated. Pesticide-treated and genetically modified (GMO) foods are the most problematic and buying non-GMO and organic nightshade vegetables is essential.

Lycopene gives fruits and vegetables, like tomatoes, guavas, watermelon, and red bell peppers, their reddish hues and packs a punch for its neuroprotective, anticancer, bone protective, and heart-healthy properties. To read more about the impact of guavas and tomatoes on your health, see GreenMedInfo.com’s research database on lycopene.