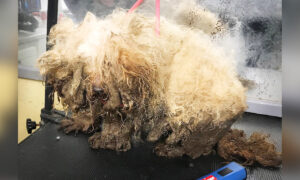 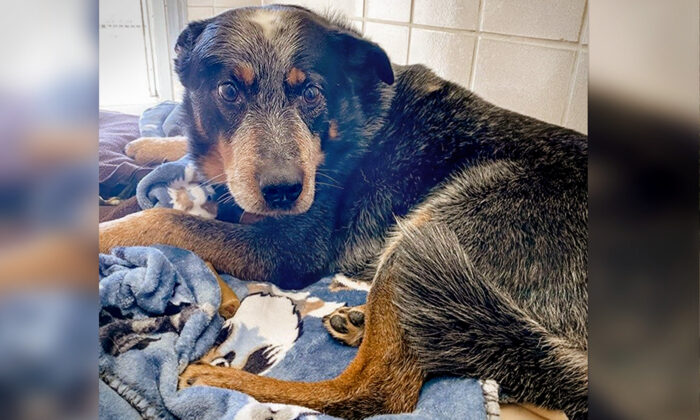 Loyal Dog Found Guarding Owner’s Body After He Died in the Snow, Gets Adopted by Neighbor’s Mom

A search party located the body of a man who had gone missing in California. He was with his dog at the time, and the loyal friend (who survived) had refused to leave his side for two days before they were found.

The man, David Deshon, is survived by his daughter Shona, who told CBS Sacramento she believes her 69-year-old father tried to hike home to Foresthill after his car got stuck in a snowstorm; Deshon became stranded on the road and passed away.

Deshon’s other dog, Buddy, appeared at a neighbor’s house, barking and clawing at the door. Focusing their search after Buddy’s appearance, rescuers located Deshon on Jan. 31. He wasn’t alone; Baby Dog was there, protectively keeping watch.

“Baby Dog stayed with him on his chest to keep him warm,” said Shona.

The loyal 5-year-old pup was eventually coaxed off and received treatment at the Placer County Animal Services (PCAS) facility in Auburn.

According to next-door neighbor Lisa Lomeli who spoke with Today, even though Shona wanted to take the dogs into her home—because they’re “a part of my dad”—it would be unfair, for she was unable to give them the attention they needed.

Even though adoption enquiries came in from all over the world, Shona started searching for a solution closer to home.

“Both of these dogs are just the sweetest, most sensitive little guys,” said Katie Ingram of PCAS. “I think our staff really felt like this is one of those powerful moments where it takes the whole team and the whole community to come forward to help.”

The perfect solution soon presented itself: Lomeli’s mother, Peggy Morrill, and her husband, Phil, would take care of the dogs. And it would be a mutually beneficial arrangement.

“My mom has been going through cancer for a year and is just finishing up chemo, and lost her Lab a year ago and is very lonely,” Lisa told CBS. “My mom said to me, ‘I said a prayer and I know I’m supposed to have another dog. That dog will find me.’”

Lomeli’s first meeting with Baby Dog was an unequivocal success, filled with tail-wags and kisses. The very next day, Lomeli and her husband, Lawrence, drove Baby Dog to the Morrills’ house in Concord.

Despite his ordeal, the pup has found renewed love for life, playing ball, lounging in the backyard, and accompanying his new mom to her hospital appointments.

“Baby Dog, now Brodie, is doing amazing,” Lomeli told NY Daily News. “He is so smart and is loved beyond measure. You can say that they saved each other.”

Meanwhile, Buddy also got his happy ending. After recovering at PCAS, the 10-year-old pup was adopted into a loving forever home of his own.