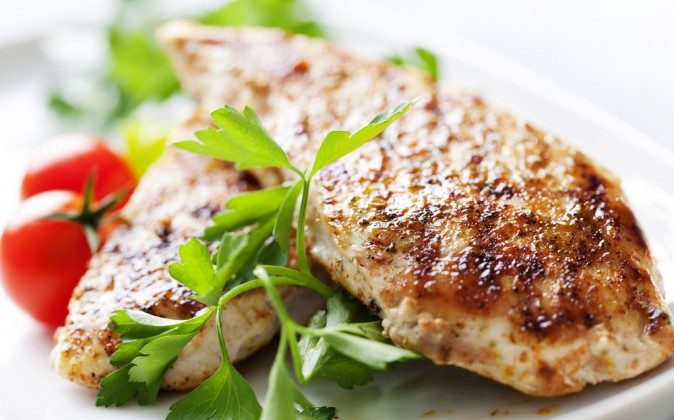 By University of Alabama at Birmingham

A new study involving researchers from the University of Alabama at Birmingham and other institutions says patients with Type 1 and Type 2 diabetes should eat a diet low in carbohydrates.

The study, accepted for publication in Nutrition and available on the journal’s website, offers 12 points of evidence showing that low-carbohydrate diets should be the first line of attack for treatment of Type 2 diabetes, and should be used in conjunction with insulin in those with Type 1 diabetes.

The study, conducted by a consortium of 26 physicians and nutrition researchers, suggests the need for a reappraisal of dietary guidelines due to the inability of current recommendations to control the epidemic of diabetes. The authors point to the specific failure of the prevailing low-fat diets to improve obesity, cardiovascular risk or general health, and to the persistent reports of serious side effects of commonly prescribed diabetes medications. By comparison, the authors refer to the continued success of low-carbohydrate diets in the treatment of diabetes and metabolic syndrome without significant side effects.

“Diabetes is a disease of carbohydrate intolerance,” said Barbara Gower, Ph.D., professor and vice chair for research in the UAB Department of Nutrition Sciences and one of the study authors. “Reducing carbohydrates is the obvious treatment. It was the standard approach before insulin was discovered and is, in fact, practiced with good results in many institutions. The resistance of government and private health agencies is very hard to understand.”

The authors say their review of the medical literature shows that low-carbohydrate diets reliably reduce high blood sugar — the most salient feature of diabetes — and at the same time show general benefit for risk of cardiovascular disease.

The 12 points of evidence, backed up by clinical studies, are:

“We’ve tried to present clearly the most obvious and least controversial arguments for going with carbohydrate restriction,” said Richard David Feinman, Ph.D., professor of cell biology at SUNY Downstate Medical Center and lead author of the paper. “Here we take a positive approach and look to the future, while acknowledging this paper calls for change. The low-fat paradigm, which held things back, is virtually dead as a major biological idea. Diabetes is too serious a disease for us to try to save face by holding onto ideas that fail.”

There are two major forms of diabetes. People with Type 1 do not make insulin, the hormone required for processing carbohydrates and other nutrients. People with Type 1 require insulin to deal with high blood sugar, although the authors point out that too much carbohydrate in the diet makes it more difficult to find an appropriate dose of insulin.

People with Type 2 are capable of producing insulin, but their bodies do not respond adequately. They are said to be insulin-resistant, and as a consequence, they have deteriorating function of the pancreas, the insulin-producing organ that cannot keep up with the demands of an insulin-resistant body.

“For many people with Type 2 diabetes, low-carbohydrate diets are a real cure,” said Gower. “They no longer need drugs. They no longer have symptoms. Their blood glucose is normal, and they generally lose weight.”

Diabetes is the seventh-leading cause of death in the United States. An estimated 29.1 million American adults have diabetes, and another 79 million have metabolic syndrome, or pre-diabetes, meaning more than 46 percent of adults in the United States have diabetes or pre-diabetes. 2012 estimates place health care costs for diabetes at $245 billion.

The authors caution that people with diabetes who are already on drugs for Type 2 diabetes or are on standard amounts of insulin should undertake conversion to a low-carbohydrate diet only with the help of a physician. Because the diet may have a similar sugar-lowering effect, it is critical that drug doses be tapered off in order to avoid dangerous low blood sugar.

*Image of “chicken fillet” via Shutterstock