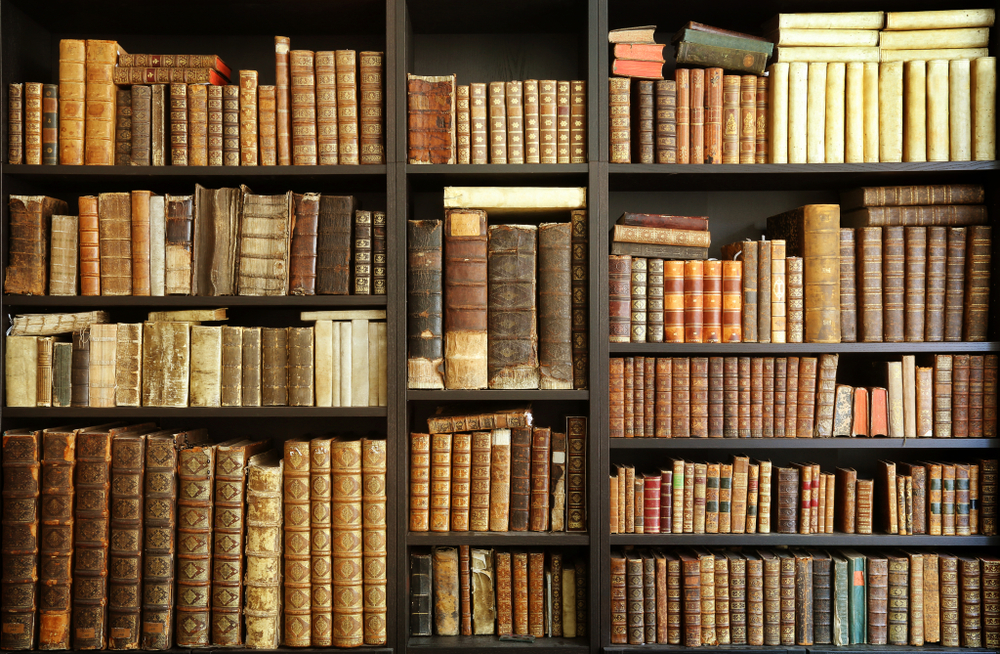 Looking Over My Shoulder: Hope and Inspiration From an Old Textbook

At my elbow as I write these words is “Modern English Readings, Fifth Edition,” a college textbook published in 1946 by Rinehart & Company, Inc.

On the first blank page, written in an impeccable hand with a fountain pen, is this claim of ownership: “Mr. & Mrs. James E. Minick, ’46.”

My mom and dad were students at Westminster College in Pennsylvania when they purchased this textbook. Dad had returned the year before after serving as an infantryman in the fighting in Italy’s Po River Valley. After the defeat of the Third Reich, he and thousands like him were slated to join the invasion forces against the Japanese. Then came the atomic bomb, and Dad headed home to marry and go to college.

Like so many of us, I suspect, I wish I’d asked my parents more questions about their past. One minor regret has to do with this textbook. Did they both use it? Did they read the entire book, which runs to 1,062 pages of small print? Why did my father keep the book for 40-plus years?

When I recently stumbled across this book on the shelves in my basement, I carried it upstairs and for the first time really looked at it. The editors were Roger Loomis and Donald Clark, both of Columbia University. I discovered online that Roger Loomis was a medievalist and an expert in Arthurian legends. Donald Clark taught rhetoric and specialized in Renaissance literature.

And what they assembled in “Modern English Readings” is remarkable. As I browsed through this collection, stopping here and there to read an essay or a poem, I felt like an archaeologist who had chanced upon some ancient tomb. Here was a textbook published at the end of World War II, a repository of our culture in that momentous time. It respected the intelligence of students, offered help and questions to allow them to dig more deeply into a story or a sonnet, and in several ways paid homage to the veterans attending college.

The Way It Used to Be

Clark and Loomis kick off their Preface with these words:

“The editors have been guided in their selection by three aims: (1) The teaching of vital and correct expression through the study of models. (2) The quickening of the student’s interest in literature by giving some of the best fiction, drama, essays, biography, and poetry of the last hundred years to read attentively and to enjoy. (3) An introduction to those problems which, today more than ever, if left unsolved or wrongly solved, mean individual misery and a world in utter chaos.”

A few pages later in their Introductory, the editors offer a short exhortation of encouragement to students as well as this reminder: “Here is a small part of your rich heritage of emotional experience and intellectual insight.”

These were scholars and gentlemen who understood the importance of writing and rhetoric, who revered literature, and who realized that solutions to the trials of the postwar era must come in part from gaining a more profound understanding of culture.

In that pre-digital age, Clark and Loomis recognized that the ability to craft competent sentences and to make an argument using the printed work can spell the difference between success and failure in every endeavor from business correspondence to composing a love letter. “Write,” they tell students, “always with honesty, saying what you have really felt or what you believe to be true. Work always toward greater and greater clarity of thought and expression.”

Now, some 70 years later, when we are living in the great age of communication, our writing skills have taken a major tumble. Most colleges and universities feature writing centers to help students who failed to learn, or were never taught, basic composition in elementary and secondary school. American businesses lose billions annually because of poor communications, and friends and lovers often manage to insult one another by hastily written texts and emails.

We may neglect composition in our schools, but Clark and Loomis made it paramount in the advice they gave to educators and students. At the end of “Modern English Readings,” they include almost 50 pages of “Student Helps and Theme Suggestions” as aids to students needing assistance in writing. Some modern textbooks—I’m thinking of the ones I used to teach to homeschoolers, particularly for the Advance Placement literature students—offer similar guidelines.

But as Clark and Loomis state, the way to learn to write is by modeling your prose on talented writers and … well, by writing.

“Modern English Readings” focuses on the literature of the last century as of 1946. Here we find part of a biography of Florence Nightingale standing alongside a sketch of Confederate cavalry leader Jeb Stuart, personal essays ranging from Robert Louis Stevenson’s “Crabbed Age and Youth” to Betty Martin’s “Spring Comes to the Farm,” essays of criticism and exposition, short stories by writers like Stephen Vincent Benét and Willa Cather, six plays, and almost 200 pages of poetry.

Though nearly all the writers gathered in this big tent of print were classically liberal in their thinking—believing in freedom, equality, and justice for all—this omnibus would never find a home in today’s world. “Modern English Readings” includes too few female authors and hardly any writers of color. Moreover, some of the selections, particularly the essays, with their casual references to writers like Lucretius and Milton, would likely prove daunting to today’s students.

We living today might turn up our noses at this lack of inclusion, but Clark and Loomis nonetheless produced a textbook in which American values dance and sparkle. They recognized that they were putting together a literary map and compass for a generation of men and women, whether they were veterans or not, works of literature that would give their readers strength, hope, and direction as they walked into the future.

At the end of their book, for instance, where Clark and Loomis included a selection of poems about liberty, they raised questions like these in regard to the poems and the themes their students might write. These queries are as pertinent, and perhaps more so, to our own day as they were then:

“What … restraints on liberty of thought and discussion are established by pressure groups which protest against all publications not favorable to their own color, race, or sect?”

“How do foreign governments restrict liberty of speech in the United States?”

In their suggested writing exercises, they recommended: “Write an editorial or letter to the editor protesting some act of censorship of the press, by college authorities, pressure groups, or governmental agencies.”

By these questions and suggestions, they reminded their students of what it meant to be an American.

In “Education for Freedom,” an essay in this textbook, Robert Maynard Hutchins, then president of the University of Chicago and outspoken advocate of the liberal arts and a Great Books curriculum, made many points pertinent to education today. He argues, for instance, that when university students are treated like adults, they behave “like adults, or rather in the way adults ought to behave.” He makes the vital point that “the cultural heritage of America is the civilization of Western Europe. The means of understanding it is the liberal arts, the arts of reading, writing, speaking, and calculating.” This sort of education, he contends, is an “education for freedom.”

Their selections for “Modern English Readings” tell us that Clark and Loomis clearly agreed with Hutchins.

If we consider my father and the millions of American women and men like him, we see a generation hard hit by the Great Depression and then called upon to fight in the deadliest war the world had ever seen. But we also see a generation that emerged from these ordeals, built America into the most powerful nation in the world, worked hard, married, and raised families.

Education was key to their success. Though Hutchins complains in his essay that many students of his day were unprepared for university work, “Modern English Readings” rebuts that assessment. Those same students—the great majority of them graduates of the public school system—went on to become professionals like my dad, talented workers in the trades, and for the most part, patriots who knew the history of their country and took pride in its accomplishments.

“What the world needs, what this country must have,” Hutchins wrote, “is free minds. … It means minds committed to the good by good moral and intellectual habits. It means minds informed by principles derived from human experience through the ages, minds that will operate well no matter what waves of change beat upon them.”

And just as true now.