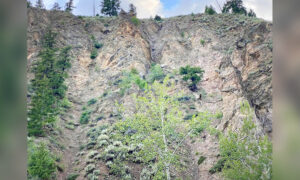 Can You Spot the Lost Dog Trapped on This Mountainous Cliffside in Idaho?
0
Share Now
TelegramFacebookTweetEmailTellMeWeReddit
Copy Link 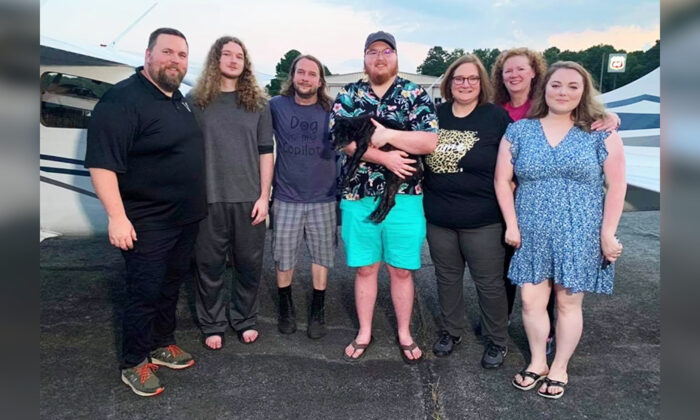 Long-Lost Dog Reunites With His Family After Being Found 10 Years Later 1,600 Miles Away

A beloved dog that went missing in 2011 was found 10 years later, 1,600 miles away from his home, and has since been reunited with his family in Arkansas thanks to a cross-country chaperone from a dog-loving pilot.

The miniature schnauzer, Razzle, was owned by Aaron and Rhonda Howard and their sons—Simon and Seth, then 8 and 15—when he disappeared from their home in McRae. He was 6 years old then.

However, on July 6, the entire family finally got to reunite with now 16-year-old Razzle. Helping put the missing puzzle pieces back together was pilot and dog rescuer Jeremy Wade.

“Razzle was unusual for a number of obvious reasons,” Wade told The Epoch Times, “but also was the only transport I’ve had occasion to do where the dog wasn’t going into a rescue, but rather was going [back] to a family.”

According to a Facebook post, Razzle was microchipped. Thus, when he showed up at a shelter in Stockton, Northern California, staffers scanned his microchip and were able to track down his original owners. Despite being apart for the last 10 years, the family was very keen on having Razzle back home but had no idea how to do it.

When Razzle’s story began circulating on social media, dog rescuer Jules Beer decided to step in to help. He acted as a liaison between the Stockton shelter and the Howards. However, Razzle’s health was in dire shape; they feared he wouldn’t survive an 11-hour trip as animal cargo, and flying him cabin-class with a chaperone was simply too expensive.

Jennifer Colletto, nicknamed “transport queen” by local rescues, stepped in to help and contacted Wade who already had a flight planned to visit friends and cousins back home in Arkansas. This was the perfect match, and it wouldn’t cost the Howards a penny, either.
Wade, who was born in Heber Springs, had moved to San Francisco from Arkansas in 1997 and got involved with Fremont-area dog rescue with his wife. He later began working with Pilots N Paws after he started flying a few years ago. “[It’s] basically just a message board where people working to get animals transported post the trips that are needed, and then pilots can find missions that they can help with,” Wade told The Epoch Times.

Meanwhile, Razzle’s fosterer, Debbie Newton of RSQ209 animal shelter, was “determined that she was going to get [Razzle] in shape to reunite with his owners,” Beer shared in a Facebook post. After over a month of medication, “feeding him the good food,” and a trip to the groomer, Razzle was given the all-clear to travel.

According to Fox News, Wade set out around 3:30 a.m. on July 6, flying from San Carlos to Calaveras County to collect Razzle from the shelter before making the 5 1/2-hour journey to Santa Fe for a fuel stop. It was then a further 5 1/2-hour trip to Heber Springs, Arkansas.

Wade made provisions for his tiny passenger’s comfort along the way.

“Since my plane isn’t pressurized, and [the Sierra Nevada mountain range] is in the way, I fashioned an oxygen mask to use for him if needed,” he told The Epoch Times. “Typically when I cross over the Sierras, I breathe supplemental oxygen for the time spent above 12,500 feet—an FAA rule if you’re not in a pressurized cabin.”

Yet on this special occasion, Wade navigated a route to Arkansas flying at 11,500 feet, a “major first.” He was thrilled that Razzle had no problems at this altitude and didn’t even need his custom oxygen mask.

On the evening of July 6, stunned into silence, the Howard family gathered as Wade lifted Razzle from his crate and put him into their arms.

“I think just disbelief would really summarize it well,” said Wade of the family’s reaction to their long-lost pet.

“If only Razzle could tell us what he’s been doing for the last 10 years,” Beer marveled, posting on Facebook. “What a journey he has had. And he is now home all because of one tiny, rice-sized microchip.”

“In general aviation, all sorts of things can go wrong that might leave us stuck overnight somewhere, waiting for weather to pass,” Wade told The Epoch Times while reflecting on the one-of-a-kind mission, “and then there was Razzle’s fragile health, which was always a concern for him flying this distance.

“To see him back home where he can enjoy the love of his people again is just wonderful,” said the pilot. “I’m thrilled and humbled to have been a part of it all.”