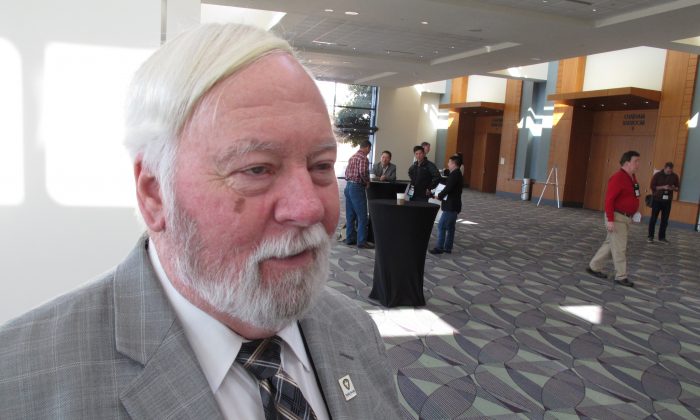 Living With People They Bite, Zika Mosquitoes Hard to Fight

SAVANNAH, Ga.—The mosquitoes that spread the Zika virus are among the hardest species to fight because they live and breed in tub drains, dog bowls, buckets, flower pots and other spots where water collects inside the houses and yards of the people they bite, insect experts noted Monday.

Because they stick close to home, Zika-carrying mosquitoes are hard to target with larvacide and insecticide sprays, they said.

Cothran is one of hundreds of municipal mosquito control officers and insect researchers from across the U.S. attending the American Mosquito Control Association’s annual conference, which opened Monday in Savannah.

He and others noted that while the Zika virus that has spread rapidly in Latin America may be new to the U.S, the two mosquito species known to carry it are not.

Aedes aegypti, the mosquito blamed for the Zika outbreak linked to birth defects in Brazil, can be found in the southern U.S. from Florida to California. Another carrier is the Asian tiger mosquito, Aedes albopictus, which has a more northerly range that includes cities such as Chicago and New York.

It’s business as usual, because we know how to control these mosquitoes. But in order to get rid of these things, you have to be very fastidious.
— Joe Conlon, technical adviser, American Mosquito Control Association

“It’s business as usual, because we know how to control these mosquitoes,” Conlon said. “But in order to get rid of these things, you have to be very fastidious.”

Some cities and counties are already taking steps to get ready before their mosquito breeding seasons begin in earnest this spring.

Cothran said his staff in the Florida Panhandle is calling automotive suppliers and urging them to get rid of old tires that can turn into mosquito incubators if they collect water.

Jeffrey Heusel, mosquito control director for Savannah and surrounding Chatham County on the Georgia coast, said his department is ready to target specific neighborhoods or subdivisions where Zika cases are reported to the local health department. He said workers would hunt down breeding sites, eliminate standing water and use up-close spraying in a half-mile radius—twice the flight range of the carrier mosquitoes.

“It’s a localized approach as opposed to spraying the whole city,” Heusel said.

Harry Savage, chief entomologist with the federal Centers for Disease Control and Prevention, said his best guess is that Zika infections transmitted within the U.S. will stay relatively small—much like dengue fever, which averaged 25 cases per year from 2010 to 2015—though he said he can’t be sure.

More Than 3,000 Pregnant Women Infected With Zika Virus in Colombia

Savage said mosquitoes are far less likely to be found breeding inside U.S. homes, which as a rule have screened windows and air conditioning, than they are in Latin American homes, which often don’t.

Still, Americans’ backyards tend to offer plenty of dank breeding spots, from crumpled tarps to children’s toys. And while mosquito control officers said they are prepared to spread the word for residents to clean up standing in water in their yards, it’s very tough to get homeowners to act, Savage said.

Source reduction by individuals usually doesn’t work because people are too lazy to clean up their own yards.
— Harry Savage, chief entomologist, CDC

“Source reduction by individuals usually doesn’t work because people are too lazy to clean up their own yards,” Savage said.

And U.S. homeowners often aren’t pleased to see mosquito control officers at their doors telling them to tidy their property, Conlon added.

“In the U.S., we don’t like the government in our houses,” he said.