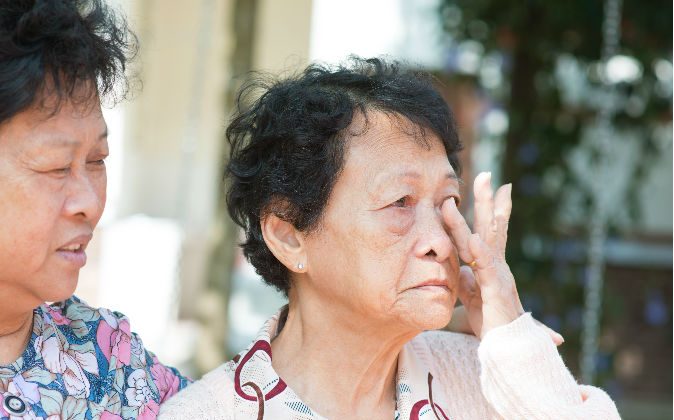 Further, adult children who may have been abused or neglected by their parents are especially vulnerable—both when at least one parent is alive, and when a parent dies.

“Older adults adjust fairly well to the death of a parent, especially a parent who lived a full life,” says Deborah Carr, a professor of sociology at Rutgers University. “But that’s if they had a close, warm, supportive relationship with the parent. But if they had a difficult childhood and were neglected emotionally, they have a much tougher time, both when the parent is alive and when the parent dies.”

The study is based on an analysis of data from the Wisconsin Longitudinal Study (WLS), an ongoing study of 10,317 men and women who graduated from high schools in Wisconsin in 1957. The participants in that study have been interviewed at ages 36, 54, 65, and 72. Carr’s analysis focuses on the 6,140 people interviewed at age 65 in 2004.

3 Ways to Help Aging Parents With Their Finances

Participants were asked whether their parents were alive; about what kind of relationship they had with their parents; and about their own their own mental health, such as, “How often in the past week have you felt tired, sad, or blue?”

“It’s important to understand that we’re talking about depressive symptoms such as sadness—not clinical depression, which is a medical diagnosis,” Carr says.

These living parents were in their mid-80s to mid-90s, so the challenges they faced with illness, dementia, and other difficulties of later-life might have taken an emotional toll on their adult children.

Women were more likely than men to suffer stress and depressive symptoms, Carr says. “This makes sense, because women are more often the caretakers for their elderly parents. And if they think they’re caring for parents who were once neglectful or unkind to them, that might add to feelings of resentment and bitterness.”

When the formerly abusive parent dies, his or her child may feel acute sadness because the issues between them have been left unresolved.

“No matter what, if you didn’t feel loved, if you didn’t feel safe, when you were a child, you’re likely to be depressed and angry about that,” Carr says. “And if you take good care of that parent at the end of their life, and they die without those issues having been resolved, you’re more vulnerable to depressive symptoms.

“Those who felt loved and protected by their parents when growing up, may certainly miss their parents after they have died, but they are less susceptible to the feelings of deep sadness that neglected children experience. The emotional support one enjoyed in childhood may provide a sense of solace when grieving for parents in later life.

Carr presented her findings at the annual meeting of the American Sociological Association.

This article was originally published by Rutgers University.  Republished via Futurity.org under Creative Commons License 4.0.