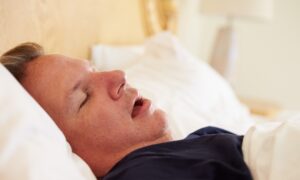 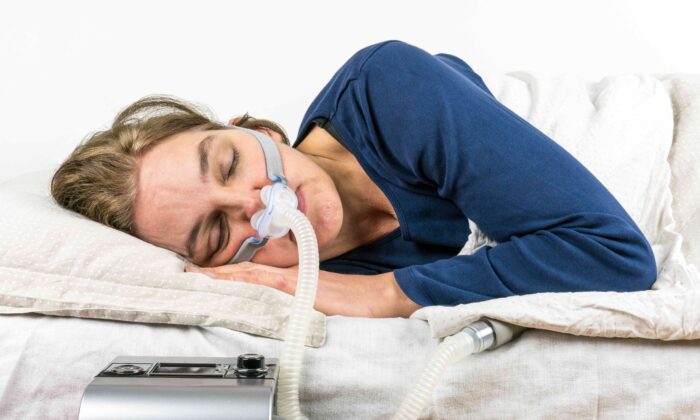 Sleep apnea can take a serious toll on general well-being and contributes to health conditions known to worsen COVID-19 outcomes.

Despite these findings, scant research has been conducted linking sleep apnea directly to COVID-19 outcomes. There are, however, notable connections showing greater COVID morbidity and mortality among patients with obesity and hypertension, two conditions extremely common to sleep apnea patients.

What little research has been conducted lends support to sleep apnea as a significant factor in how well one fares when infected with the CCP virus.

Three newer studies use valid retrospective designs to measure available research data. These studies help us understand the impact of this pervasive sleep disorder that goes by the names of obstructive sleep apnea (OSA) or sleep-disordered breathing (SDB).

Harvard researchers examined a group of 443 people with sleep apnea who contracted COVID-19 (the CCP virus) and compared them to a control group of who also contracted the virus but did not have sleep apnea. The OSA group exhibited nearly twice the death rate of the non-OSA control group.

These Harvard researchers noted 310 of the people with sleep apnea used continuous positive airway pressure (CPAP) through a positive airway pressure (PAP) device to provide a stream of compressed air through a face mask while they sleep. This is a standard treatment for sleep apnea. The remaining 133 sleep apnea patients were not on CPAP. Although the findings were statistically non-significant, there was a statistical trend (meaning nearly significant) for better “composite” outcomes in the CPAP users. Composite referred to a cluster of bad outcomes, such as hospitalization, ICU admission, need for a ventilator, or death. In other words, each patient may suffer one or more of these events, and the CPAP group appears to have suffered slightly fewer events.

A study from France examined diabetics admitted to the hospital with COVID. More than a thousand CCP virus cases were identified of which 144 were also diagnosed with OSA. These OSA cases showed a nearly three times greater death rate compared to those without OSA. The analysis indicated OSA cases were receiving treatment for the condition, most likely a positive airway pressure (PAP) device, but when I contacted the research group they reported no available data on their actual time spent using a PAP device. Thus, we don’t know if some people were regularly using, minimally using, or not using a device at all. If these compliance data were gathered, an analysis might reveal whether one group fared better than another as suggested by the trend in the Harvard study.

In Finland a very small sample of 28 virus positive patients were first admitted to the Turku University Hospital near the beginning of the pandemic. Of these cases, 29 percent (8 cases) had pre-existing OSA prior to hospitalization, which is noteworthy as this Finland district of nearly half a million people only shows a 3 percent rate of diagnosed OSA. Moreover, a chief limitation of this research was the lack of sleep testing in the other 20 admitted patients; therefore the actual prevalence of a sleep breathing disorder may have been under diagnosed. OSA’s chief comorbidities were prevalent among the cases, with  hypertension in 43 percent of the 28 patients and obesity in 37 percent.

Though the Finland study did not directly address morbidity and mortality based on OSA, it examined C-reactive protein (CRP, a widely-used marker of inflammation) and oxygen nadir levels (lowest point of oxygenation), both often used to assess disease severity. And, both higher CRP (statistically significant) and lower oxygenation (statistical trend) were associated with ICU admissions. The relevance here is that OSA is known to demonstrate both CRP elevations and lower oxygen levels.

As you see, the research remains sparse; however, OSA clearly seems more frequent in hospitalized cases. More studies are needed to understand how OSA worsens COVID morbidity and mortality and if treating OSA can improve outcomes. The study below offers a possible direction for future investigation.

As background to this last study, there is growing interest in the use of oxygen therapy for patients in the early stages of COVID treatment, but no study has compared the use of positive airway pressure (PAP) therapy to replace or supplement oxygen therapy. PAP therapy used standard room air, compared to oxygen therapy, which uses straight oxygen.

To understand the value of a PAP therapy, it is important to appreciate that the vast majority of OSA patients resolve sleeping oxygenation problems with their PAP machine. In other words, few OSA patients require both PAP and oxygen, and these individuals usually suffer from more severe obesity or chronic lung conditions.

Now along comes a study from the United Kingdom looking at the early use of CPAP combined with supplemental oxygen in hospitalized COVID cases. Remarkably, none of the patients had been tested or diagnosed with OSA. Instead, they wanted to confirm that early CPAP use would repair lung damage by improving the ability of oxygen to diffuse from the lung tissues into the bloodstream (aka Aveolar-Arterial or A-a gradient). Overall, the study only had 18 patients using CPAP and oxygen, but it doesn’t explain when treatments were used or for how long. The most important finding was the decrease in the A-a gradient, which is a very encouraging sign suggesting oxygenation into the bloodstream was improved in these COVID patients using the combination of CPAP and oxygen.

In light of the current wave of the pandemic, more attention is being directed at outpatient care, which raises the question on whether PAP therapy could effectively treat patients’ oxygenation problems while they are sleeping or perhaps while awake. PAP would not likely preclude or replace oxygen therapy, but providing PAP to the appropriate patients with OSA might yield better outcomes compared to giving OSA patients only oxygen at night. It’s conceivable even people without OSA would benefit from CPAP when they are recovering from the CCP virus.

The chief benefits for any of these patients could be a better sleep, which in turn fortifies the immune system and provides the patient with greater daytime energy to fight the illness and work through the recovery phase.

For those who suspect they might have sleep apnea, I encourage you to schedule a sleep test for OSA. Signs of sleep apnea include breathing symptoms like loud snoring, gasping for air during sleep, or periods where you stop breathing during sleep, which you may learn about from a spouse. OSA more frequently presents with other sleep-related symptoms like insomnia, unrefreshing sleep, poor quality of sleep, fatigue, low energy and depression.

If you or someone you know is in the early stages of a CCP virus infection, you may want to ask the treating physicians about getting a portable sleep test done or about using CPAP. In cases of moderate to severe OSA, a PAP device may be of the utmost importance.