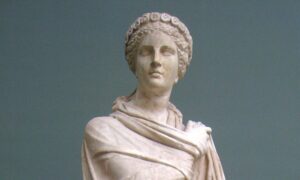 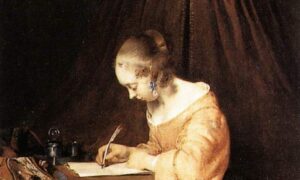 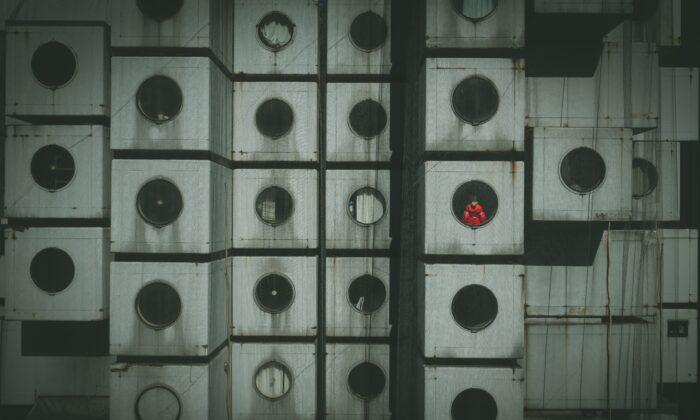 Lessons From the Future: What We Can Learn From Dystopian Literature

Writers of dystopian literature—fiction about a dehumanizing or terrifying future—can act as prophets, describing possible disasters should we follow certain pathways and advising us to stay awake and live with our eyes wide open.

In high school or college, many of us doubtless read such novels as George Orwell’s “1984” and “Animal Farm,” Pat Frank’s “Alas, Babylon,” Walter Miller’s “A Canticle for Leibowitz,” and Aldous Huxley’s “Brave New World.” The possible consequences of nuclear war, the ugliness and brutality of communism, the seductive attraction to hedonism: By addressing such topics, these writers and many more raised the red flag in hopes that their readers would heed their warnings.

Keeping an Eye on Education

In “The Children’s Story,” James Clavell, author of bestsellers like “Gai-Jin” and “Shogun,” describes the takeover of an American elementary school classroom by the “new teacher.” In less than an hour, this tool of a totalitarian regime teaches the children to worship the new leader of their country, has them cut up the American flag, persuades them that prayer has no value, and convinces them that their parents have “wrong thoughts.”

Clavell wrote this story after his young daughter came home from school one day having learned to recite “The Pledge of Allegiance” with no idea of its meaning. “’The Children’s Story’ came into being that day. It was then I realized how completely vulnerable my child’s mind was—any mind for that matter—under controlled circumstances,” Clavell tells his readers at the end of his book.

“Normally I write and rewrite and re-rewrite, but this story came quickly—almost by itself. Barely three words were changed. It pleases me greatly because it keeps asking me questions. … Questions like What’s the use of “I  pledge allegiance” without understanding? Like Why is it so easy to divert thoughts and implant others? Like What is freedom and Why is it so hard to explain? ‘The Children’s Story’ keeps asking me all sort of questions I cannot answer,” he writes on the back cover.

Clavell’s short tale—it can be read in minutes—should act as a wake-up call to parents, a powerful reminder of the possibility for indoctrination in our classrooms.

The Value of Books

In Ray Bradbury’s “Fahrenheit 451,” fireman Guy Montag’s job is not to put out fires but to burn books. In a society where people take their entertainment from enormous television screens, the authorities consider books dangerous, disruptive to the human mind. Because of a conversation with a rebellious teenager, Clarisse, Montag begins secretly collecting books. Once discovered, he escapes the city and finds his way into a company of exiled intellectuals who hope to rebuild civilization.

Bradbury once said, “You don’t have to burn books to destroy a culture. Just get people to stop reading them.” When we remove certain books, particularly classics of Western civilization, from our high school and university reading lists, we have in essence not only burned the books but also torched parts of our heritage. “Fahrenheit 451” is a tug at the sleeve, prompting us to read those works and value that heritage.

It’s 2021, and humanity has lost the ability to reproduce itself. This global infertility crisis appears unsolvable, nations descend into chaos, and dictators now govern former democracies.

This is the background for P.D. James’s “The Children of Men,” where readers follow Theo Faron, cousin of the Warden of England, as he battles gangs and government oppressors as well as his own conscience. After many misgivings and trials, Theo joins the resistance and attempts to protect a younger woman who has miraculously become pregnant.

“The Children of Men” has many messages for its readers: the arrogance, ignorance, and violence of the Omegas, those born in 1995, the last year the world witnessed any births at all; the brutality of totalitarian governments; the upheaval that fear and despair can ignite.

But what I find most important in this book is its pro-life message. Few Western nations, including the United States, are now producing enough babies to replace their populations, not from an infertility crisis but by choice. In “The Children of Men,” James reminds us of the precious gifts of childbirth and life.

First published in 1909, E.M. Forster’s story “The Machine Stops” carries us off again to England and a future where human beings live beneath the surface of the earth, each one alone in a small room like “the cell of a bee.” The protagonist, Vashti, loves the Machine, which provides everything—water, food, air, all of her needs and most of her desires—and allows her to communicate electronically with her friends and deliver her lectures on music via devices similar to our computers.

Raised like all the other children in a public nursery and then a school, Vashti’s son Kuno requests a face-to-face meeting with his mother. When she finally consents, Kuno informs her that he has broken the law by visiting the earth’s surface without a permit, a violation that can result in banishment from the Machine.

Soon two developments occur. All visits to the outside world cease, and human beings begin to worship the Machine as divine rather than man-made:

“‘The Machine,’ they exclaimed, ‘feeds us and clothes us and houses us; through it we speak to one another, through it we see one another, in it we have our being. The Machine is the friend of ideas and the enemy of superstition: the Machine is omnipotent, eternal; blessed is the Machine.’ And before long this allocution was printed on the first page of the Book, and in subsequent editions the ritual swelled into a complicated system of praise and prayer. The word “religion” was sedulously avoided, and in theory the Machine was still the creation and the implement of man. But in practice all, save a few retrogrades, worshipped it as divine.”

Forster’s extraordinary tale has some flaws—the shifts in time, for example, don’t always work—but even after a century, “The Machine Stops” reminds us of the dangers of relying too heavily on our own machines, particularly our screens. Most of us are thankful for the blessings of computers, Facebook, and cellphones, but Forster warns readers that these same devices can erode contact with people, thereby diminishing our humanity.

The Importance of Community

William Forstchen’s “One Second After” examines life in Black Mountain, a small college town in Western North Carolina, after a nuclear attack that uses an electromagnetic pulse cripples the United States, knocking out everything from cars to computers and throwing civilization back to the living conditions of the mid-19th century.

After this disaster, John Matherson, a veteran and a college professor, helps organize the townspeople. They band together to create a rationing system, do their best to supply medical help for the aged and the ill, and form a militia to defend their homes and streets from roaming gangs of murderous thugs.

“One Second After” emphasizes the importance of family and neighbors, people who know and trust one another. Most riots occur in large cities, in part because of anonymity—the lack of connection between those who throw bricks and those whose windows are smashed. In Forstchen’s Black Mountain, were some young protester to throw a brick through the drugstore window, his grandmother would likely grab him, whop him upside the head, and haul him off to the police station.

In times of trouble, it pays to know our neighbors.

The writers of these stories intended them as cautionary traffic signs—“Red Light Ahead,” “Detour,” “Dead End”—advising us about dangers down the roads we travel. Even more importantly, however, they remind us to honor liberty and truth, to preserve our traditions and way of life, and above all, to strive to become more fully human.