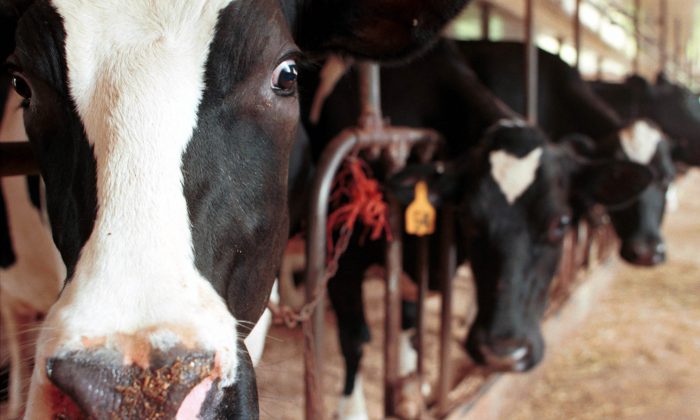 Largest US Milk Producer Folds Thanks to Superior Non-Dairy Milks

Which drink would you prefer? One that is full of fat, cholesterol, calories, hormones, pus, antibiotics and pesticides whose production causes huge environmental destruction and cruelty to animals or a dairy-free product? If you are like most people you are increasingly choosing the latter—dairy-free milk like soy, rice, oat, coconut, pea, almond, cashew, hemp, flax, hazelnut, and quinoa. And thanks to conscientious consumers like you, Dean Foods, the US’s largest milk producer is folding.

According to CNN, in 2019 the company’s sales tumbled 7 percent and profits fell 14 percent. Dean Foods’ stock lost 80 percent so far in 2019. The company blames its demise on the “accelerated decline in the conventional white milk category,” says CNN.

Despite the ubiquitous “Got Milk?” mustache ads in the US, milks sales have been falling for decades and marketers have tried everything. There is so much undrunk and unmarketable milk that the US government, by law, buys it up and dumps it in the school lunch programs and other federal food plans to create “demand” with command consumers.  But despite federal price supports and such guaranteed consumers, farmers also “manage” the milk surplus by simply killing, or as dairy farmers call it, “culling,” cows. During a milk glut in 2009, for example, 50,000 cows were killed in one week reported the Associated Press.

Milk marketers have tried everything to reverse falling sales. Before the “Got Milk?” ads, they conducted a “Milk: It Does a Body Good” campaign in the late 1990s, which targeted young women with the message that milk would prevent osteoporosis in later life. The problem was, teens, tweens, and young women worry about getting osteoporosis as much as they worry about skin cancer from tanning beds or lung damage from vaping. Who’s gonna get old?

Next, milk marketers tried positioning milk as a cure for premenstrual syndrome, commonly called PMS. Television ads showed bumbling boyfriends and husbands rushing to the store for milk to detoxify their stricken women. But it was then revealed that the study on which the campaign was based credited calcium, not milk with helping PMS and there are other sources of calcium than dairy.

More recently milk marketers tried to portray milk as a health food and even advertising it that way during the Olympics. In a related campaign, milk marketers have tried to position milk as a diet food that helps people “lose weight.” Both are baseless and even laughable claims.

But even if dairy milk lacked the fat, cholesterol, calories, hormones, pus and, often, antibiotics and pesticides that it make it harmful to health, dairy farms are environmental crack houses regularly causing manure spills and fish kills. Recently manure runoff from a dairy farmed killed 60,000 fish in Iowa alone.

Male calves are an unwanted byproduct of the dairy industry to keep cows pregnant and yielding milk. Many are ripped from their mothers at birth, sometimes before they can even walk, to be sold for “bob veal.”

There are videos of mothers pathetically chasing after the trucks taking away their babies. Their bellows from being deprived of their young are so loud, there are reports of people living near the farms regularly calling the police about the evident suffering.