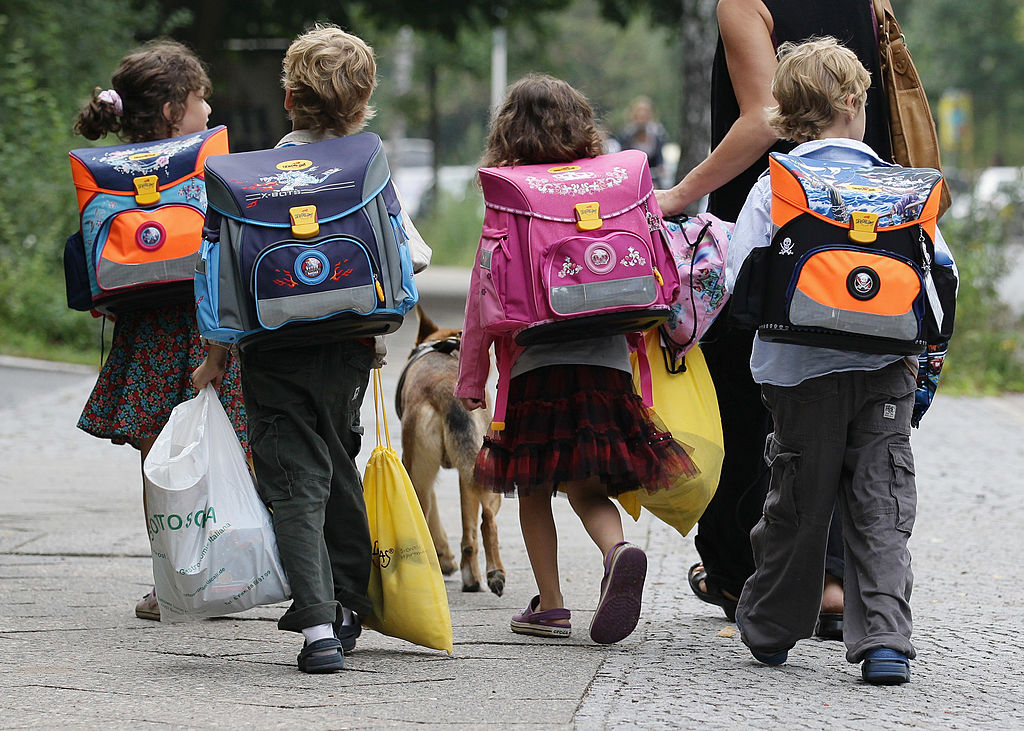 "Most kids don't achieve the 60 minutes per day of physical activity that they're recommended to get," says Robin DeWeese. "Active commuting to school is one way to get more of that activity." (Photo by Andreas Rentz/Getty Images)
Children

Kids Who Walk to School Are More Likely to Stay Active

Children who walk or bike to school at a young age are more likely to continue the healthy habit as they age, according to a new study.

“The walk to school is a wonderful moment in the day that provides children a glimpse of living an active lifestyle,” says David Tulloch, a professor of landscape architecture at Rutgers-New Brunswick and coauthor of the study in the journal Preventive Medicine Reports. “When people start walking early, it can have a lasting impact on their health.”

In the United States, about 11% of children walk or bike to or from school, according to data from the National Household Travel Survey. That rate hasn’t changed in a decade.

The researchers found that if children are taught early to actively commute—traveling by physical means—they are far more likely to keep doing so later in their educational career.

To measure whether active commuting persists over time, the researchers surveyed parents and caregivers about the school travel habits of their children on two separate occasions two to four years apart (baseline and follow-up) between 2009 and 2017 in four predominantly low-income New Jersey cities: Camden, New Brunswick, Newark, and Trenton.

The researchers collected data from 587 households as part of the New Jersey Child Heath Study, which tracked children 3-15 years old. Tulloch and colleagues at the Grant F. Walton Center for Remote Sensing and Spatial Analysis calculated the distance to school and other spatial factors.

“Most kids don’t achieve the 60 minutes per day of physical activity that they’re recommended to get,” says Robin DeWeese, an assistant research professor in the College of Health Solutions at Arizona State University and the study’s lead author. “Active commuting to school is one way to get more of that activity.”

Active commuting varied by demographic characteristics and perceptions of the neighborhood. Children with a parent born outside the US had lower odds of active commuting compared with those whose parents were born in the US, while children of parents who perceived their neighborhood safe from crime were more than 2.5 times as likely to engage in active commuting.

The greatest and most persistent barrier was the distance between home and school, Tulloch says. Distance to school often increases as children age because middle and high schools are larger and less prominent than elementary schools. As a result, active commuting likelihood tends to decrease once children reach high school.

“One of the most visited tourist sites in New York City is the High Line, a green walkable space with no cars,” says Tulloch. “We should be doing this type of planning everywhere—especially in school zones.”