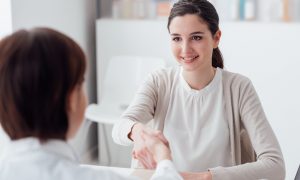 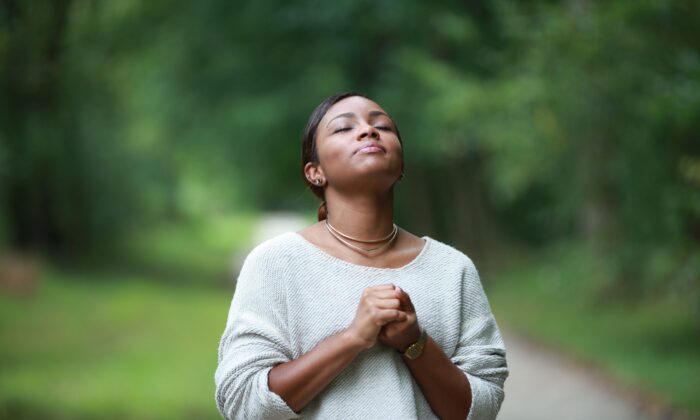 There are times when life can overwhelm you, and times when your faith is rewarded with just what you need to make it through the hardship. (Illustration - Shutterstock | Kosim Shukurov)
Life & Tradition

Keeping Faith During My Cancer Journey

Miracles come in all shapes and sizes, especially when facing your own mortality
By Michele Goncalves

Faith in a higher power is deeply personal. I have always believed in God, but the way I practice my faith has changed. For about 20 years, I attended a church every weekend growing up, but in my adulthood, I no longer feel the need to practice my faith this way. I’ve preferred a more direct route with no middlemen involved, and so I talk to God and ask for help and guidance whenever I want or need to.

When I was diagnosed with stage 3 rectal cancer in December 2017, I was frightened and my first instinct was to talk to God. As I reflect on those early days, I wasn’t mad at God at all and didn’t have any anger that I was given this illness. I also never asked outright to be healed. I’m not exactly sure why that was, but my prayer focus was on asking God to give me strength and courage to make it through the difficult path ahead.

I told God I didn’t want to die. I would explain that I wanted to stay alive because I felt there were still things I needed to do here on earth, but ultimately, I accepted that the choice was his to take me or not. Deep down, I had an understanding that this event was an important milestone in my soul evolution. I had to go through it, and so I didn’t question or fight it.

Along the year-and-a-half journey through my surgeries and treatments, God has given me signs of hope and encouragement. I’d like to share some of those with you.

A few days after my diagnosis, I received a call from my mother, who said that my father had just had a spiritual experience about me and he wanted to tell me about it.

My father was 86 at the time. He admitted he was very emotional and cried like a baby when he found out I had cancer. He could not stop shedding tears. Then suddenly after a few days, he felt a sensation take over his body as if he was bathed in a profound and overwhelming peace and happiness.

With that feeling, he said he just “knew” that I was going to survive and be OK. He mentioned that the journey may not be an easy one, but ultimately it would work out. After that experience, his tears completely stopped.

This wasn’t the first time that he experienced this profound assurance.

Years earlier, he had been taking a stress test at his doctor’s office when they noticed something not right. Within hours he was facing quintuple bypass surgery due to several arteries that were more than 90 percent blocked. The night before his surgery, this same feeling washed over him and he knew he would be fine. That was more than 10 years ago, and time has proven him right. My family all accept and agree that this was a heavenly sign from God.

In another instance, three days after my big surgery to remove my tumor and to put in the ileostomy, I had to get my catheter removed. I would need to begin urinating on my own by 4 p.m. that day, otherwise, they would have to put the catheter back in.

Well, several hours went by and I was not able to urinate. I drank water, I walked, I also tried to hop a few times to shake things up, but nothing worked. I had about an hour left to go before my looming deadline approached.

All of a sudden, one of the chaplains at the Cancer Treatment Centers of America in Philly where I was treated came into my hospital room. He asked how things were going, and I explained my dilemma and my slight panic at the thought of having to get the catheter put back in.

My family, the chaplain, and I all held hands and he led a prayer asking God to help me go to the bathroom within the timeline needed. Wouldn’t you know, after a short walk outside my hospital room, I was able to pass the urine with about 20 minutes to spare. Was that a coincidence? I don’t believe it was.

My final and most impactful example came with the results of the biopsy that was taken during the operation to remove my tumor.

My surgeon explained that it was a very long and difficult surgery because my organs were hard as a rock and inflamed from the five and a half weeks of radiation I had gone through. He needed to invite a gynecologist into my surgery to help navigate through my organs as they attempted to make room to remove the huge tumor in my rectum. In total, 39 lymph nodes were taken out along with the huge mass and a margin of surrounding tissue. This was done to test how far the cancer had progressed and to determine my final staging.

Well, as if a miracle had taken place, my oncologist told me that my results were very rare, but that the cancer cells were no longer present in all of the tissues they examined, including all 39 lymph nodes.

He said that my prognosis was excellent and I was looking at a complete cure. I couldn’t believe it. He attributed my outcome to having a 100 percent response to the radiation phase of my treatment, but I didn’t see it that way. I knew God had done this.

I hope this article has inspired anyone going through an illness or difficult time in their lives not to give up on faith. One thing I asked my family, friends, and co-workers to do for me during this difficult time in my life was to pray. I received cards, text messages, and support from many people, all telling me that they were asking God to help me. It was very comforting, and in the end, I believe the power of prayer helped with my outcome.

Join me next time when I will begin to share the details of my treatment and describe what it was like going through the first phase of radiation and oral chemotherapy pills.