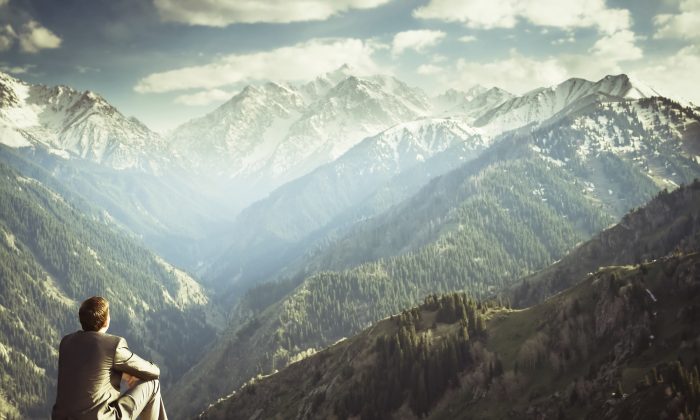 As we get older, our physical and mental abilities decline, but it doesn’t have to be that way. Research suggests that the way we live our lives—our diets, our exercise regimes—can have a big impact on how we age. And it’s not just about the things we do to age well. It’s also about the things we avoid.

There is a large field of research that seeks to understand the factors that cause different rates of age-related decline. In particular, scientists look at how these factors change our ability to remember and pay attention to things in everyday life. We call such changes “cognitive aging.”

Many of the negative aspects of cognitive aging seen in older people appear to be linked to the amount of stress they have experienced in their life.

Earlier work has looked at how diet or doing physical or mental exercise (sudoku, crosswords) affects aging. However, the amount of stress we experience over a lifetime and the impact it has on cognitive aging has remained an under-researched area, until recently.

A Lifetime of Stress

Work from our lab and from others has found that many of the negative aspects of cognitive aging seen in older people appear to be linked to the amount of stress they have experienced in their life.

We began by measuring the number of stressful events experienced over the lifetime. We looked at a number of factors ranging from experiencing a major illness or losing a loved one to changing one’s social habits or moving home. Old people who have experienced a lot of stress tend to perform worse on cognitive tasks than those who experienced less stress.

Old people who haven’t experienced much stress in their life perform just as well on cognitive tasks as young people.

Crucially, old people who haven’t experienced much stress in their life perform just as well on cognitive tasks as young people. This suggests that stress has a big impact on mental ability and that the effect of this only appears in old age. Indeed, young people did not differ from each other in their performance of cognitive tests whatever their life experience of stress had been.

Not only that, but also the patterns of brain activity of the people taking part in our study reflect the same effect: Older people (aged 60 to 80) who have experienced less stress have brain activity similar to that of younger people. However, when it comes to the brain activity of those elderly people who have led stressful lives, we find something very different going on.

This brain activity may give us some clues as to what’s going wrong and where in the brain it is happening. For instance, depending on the task involved, we can see that a significant amount of stress in a person’s lifetime can affect their ability to hold items in their short-term memory and can also reduce their ability to stop irrelevant thoughts from interfering with this process.

In particular, stress appears to affect an area of the brain essential for the formation of new memories (the hippocampus).

But the long-term effects of stress are not only apparent in memory: Recently it has been shown for the first time that brain processes and behavior associated with our control of attention and movement are also impaired. This may relate to brain activity you use trying to stop a physical movement (such as moving your arm) that you have already initiated, or activity linked to controlling where your attention is focused.

Do Something About It

So what can we do about it? Most of us know when we are feeling stressed. For those of us who don’t, smart devices can be used to alert us to the presence of potential dangers. By being aware of stress and its long-term consequences, we can begin to tackle it and to find ways to lessen its consequences.

The paths to de-stressing are numerous. Some people find meditation and mindfulness to be useful. For others, the same techniques could be fruitless or even dangerous. Each person needs to find what works. It may take a bit of experimenting, but the payoff will be worth it. Just don’t expect it to do anything for your wrinkles.

This Is Your Brain on Mindfulness Training

Nicholas Robert Cooper is the academic director of the Center for Brain Science at the University of Essex, England. Amanda Claire Marshall is a doctoral researcher, and Nicolas Geeraert, Ph.D., is a senior lecturer there. This article was previously published on TheConversation.com. Read the original article.