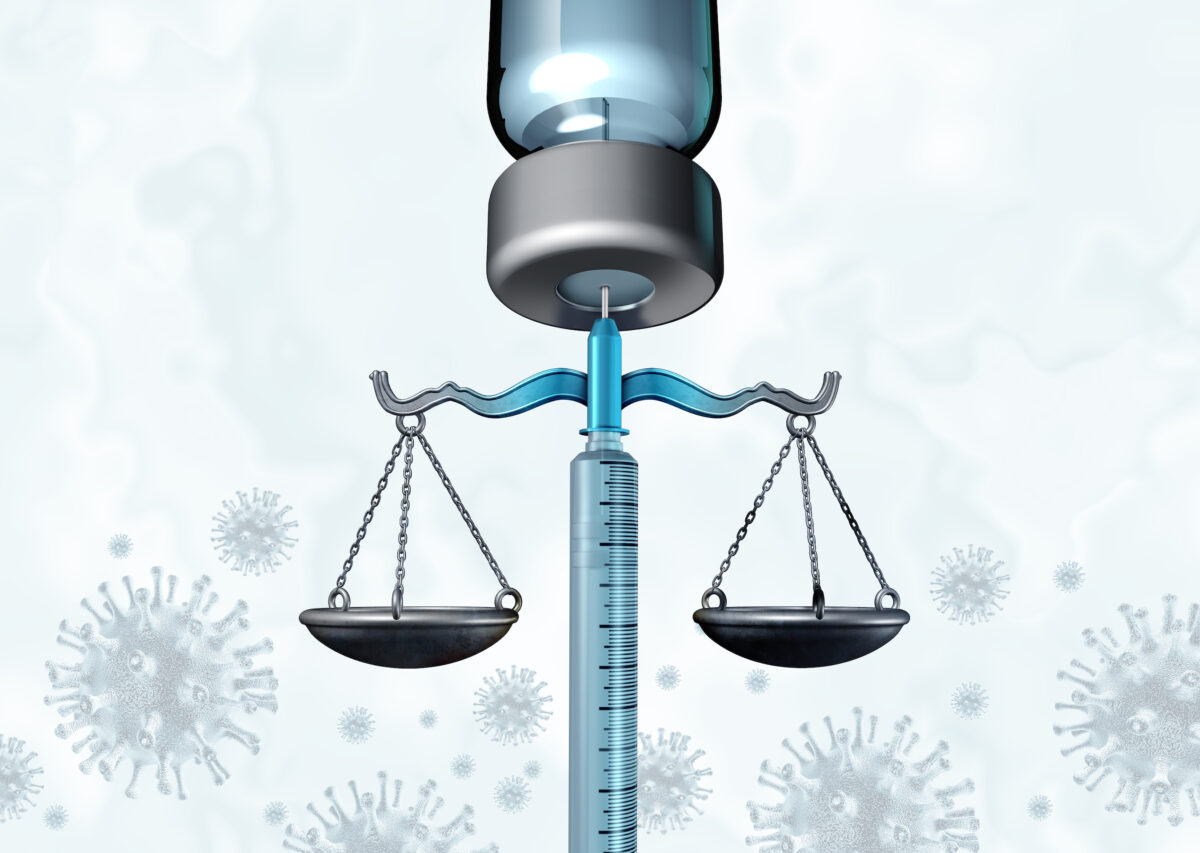 A lawsuit challenging San Diego’s COVID-19 vaccine mandate for municipal employees will move forward after a federal judge on Tuesday rejected the city’s request to dismiss the complaint.

A lawsuit challenging San Diego’s COVID-19 vaccine mandate for municipal employees will move forward after a federal judge on Tuesday rejected the city’s request to dismiss the complaint.

The San Diego City Council on Nov. 29, 2021, voted 8-1 in favor of approving the mandate. The subsequent ordinance required current and newly hired or appointed city employees, elected officials, board members and volunteers to be “fully” vaccinated for COVID-19.

ReOpen San Diego, a nonprofit citizens group, in February filed the suit alleging the mandate kept “an entire category of individuals from meaningful participation in city government” by barring the unvaccinated from entering city buildings or attending municipal meetings.

The city’s motion to dismiss cited the U.S. Supreme Court’s decision in 1905 in Jacobson v. Massachusetts, a case that pertained to mandatory smallpox vaccinations, which held that local governments have the authority to implement laws and ordinances in response to public health threats.

In rejecting the motion, Judge Curiel held this argument did not directly address the allegations made in ReOpen San Diego’s lawsuit challenging the city’s restrictions.

“The majority of governments (and employers) are now backing away from COVID vaccination mandates, the data is showing that the currently available vaccinations do not prevent transmission or infection, and the city has been unable to present any credible authority supporting its position that it has a legal right to require elected officials, board and commission members and volunteers to provide proof of vaccination in order to serve the city.”

Spangler was referring to, among other recent developments, the new guidance from the Centers for Disease Control and Prevention (CDC) that eliminates quarantine and distancing recommendations, and distinctions between vaccinated and unvaccinated individuals.

ReOpen San Diego initially threatened to sue in December 2021, in a letter sent to the city demanding city officials revoke the mandate. The group argued the mandate unlawfully restricted the pool of potential candidates for public office.

When the city didn’t respond, the group filed a suit alleging the mandate is unconstitutional and discriminatory, and seeking to cease enforcement of the mandate, declare the mandate unlawful and award legal fees to the plaintiffs.

The lawsuit alleged the city’s ordinance and related policies “operate[d] to exclude an entire category of individuals from meaningful participation in city government … due solely to a personal medical decision whether to be vaccinated for COVID-19 (or an individual’s refusal to disclose their COVID-19 vaccine status).”

The lawsuit also claimed: “The Ordinance and Plan are … blatantly illegal, as they violate the U.S. Constitution and state and local law and offend the foundational principles of democracy.”

Amy Reichert, co-founder of ReOpen San Diego, in February said, “This is the only recourse we have, as the people, to be able to protect our meaningful participation in government.

“I absolutely believe in keeping people safe when it makes sense,” Reichert said. “This doesn’t make sense, and it’s discriminatory on its face.”

ReOpen San Diego organized protests and rallies against COVID-19-related mandates and restrictions, dating back to 2020.

According to the San Diego Union-Tribune, the group has “clashed with county supervisors and other local officials at public meetings and orchestrated hours of public comments denouncing pandemic restrictions.”

San Diego city officials, at the time the lawsuit was filed, described the mandate as a “lawful and necessary step to protect public health,” adding that medical or religious exemptions to the mandate could be requested.

Evidence from multiple jurisdictions, however, suggests such exemptions are rarely approved.

For example, data from the city of Boston, provided in July 2022, showed less than half of municipal employees who sought an exemption to the city’s vaccine mandate received them.

Evidence from military whistleblowers and from lawsuits challenging vaccine mandates for military service members reveal only a small fraction of exemption requests have been approved.

In a recent interview on CHD.TV’s “Good Morning CHD,” New York-based attorney Jim Mermigis, whose firm has been active in challenging vaccine and mask mandates, said legal actions may increase now that the CDC has loosened its COVID-19 recommendations.

The CDC’s revised guidance may also bolster legal challenges that were already in play.

The same Epoch Times story also mentioned successful efforts to block a proposed California bill, SB 871, that would have required vaccination for children at all school levels between kindergarten and 12th grade, in order to attend school within the state.

Separately, in early July, a Los Angeles Superior Court judge ruled in favor of the father of a 12-year-old boy, who filed a lawsuit challenging the LAUSD’s vaccine mandate.

Similar efforts in many parts of the U.S. have resulted in the near-elimination of school vaccine mandates at the state level. According to an Aug. 8 report by Vox, “No state in the country is planning to require student vaccinations, a marked turnaround from where things seemed to be headed last winter.”

Only Washington, D.C., has announced a mandatory COVID-19 vaccination policy for the 2022-2023 school year, for students 12 and over. CHD, in a letter sent by Robert F. Kennedy, Jr., the organization’s chairman and chief legal counsel, threatened to sue if the mandate isn’t lifted.

Conversely, Louisiana Gov. John Bel Edwards announced in May that COVID-19 vaccines will be removed from the state’s list of required immunizations for students.

And earlier this week, the New York City Department of Education announced it would be reinstating, pending internal review, 82 teachers who were suspended on suspicions of submitting fake COVID-19 vaccination cards.

Beyond education, a state appeals court on Aug. 15 ruled that a California church that was issued $200,000 in fines for defying the state’s COVID-19 restrictions, will not have to pay those fines.

The court cited a 2020 decision by the U.S. Supreme Court finding California’s restrictions against indoor religious gatherings were unconstitutional.

In July, a first-of-its-kind settlement in Illinois awarded $10.3 million to more than 500 current and former healthcare workers in the state who were denied religious exemptions to the state’s vaccine mandate, and allowed them to reapply for their jobs at their previous seniority level.

The previous month, the 5th U.S. Circuit Court of Appeals blocked the Biden administration’s vaccine mandate for federal employees until at least September, when the case will be heard before the court’s full 17-judge panel.

In May, New York City paused its vaccine mandate for New York Police Department employees, pending the filing of depositions in a class action lawsuit challenging the mandate.

And, two judges hearing lawsuits challenging vaccine mandates in New York City recused themselves from their respective cases in June after financial disclosures revealed they held investments in Pfizer and other vaccine manufacturers. A third judge refused to step down, citing “outdated information” about her holdings.

Michael Nevradakis, The Defender
Follow
Michael Nevradakis, Ph.D., is an independent journalist and researcher based in Athens, Greece. He completed his Ph.D. in media studies at the University of Texas in 2018 and holds a master's degree in public policy from Stony Brook University.
SHARE
Friends Read FreeCopyFacebookTweet
You May Also Like