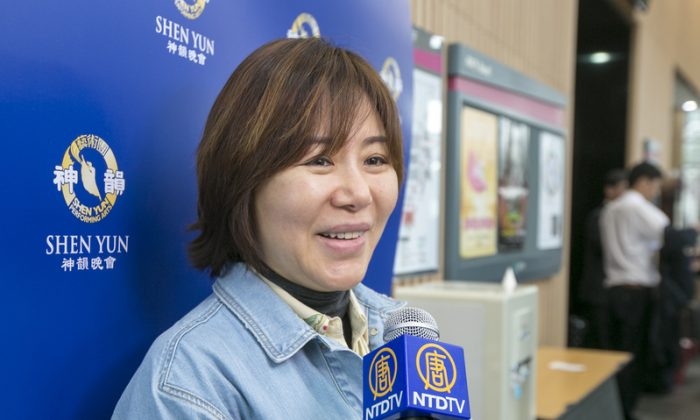 “The timing of the dancers going in and out of the screen [digital backdrop] was perfect. I enjoyed this part of the performance very much.”

“I was so touched by the program ‘Devotion’ [a Chinese dance story].”

“When I realized that Shen Yun was established in New York in 2006, and it had performed at the Lincoln Center, I had such great expectations before coming today, and I was not disappointed at all—money well spent.”