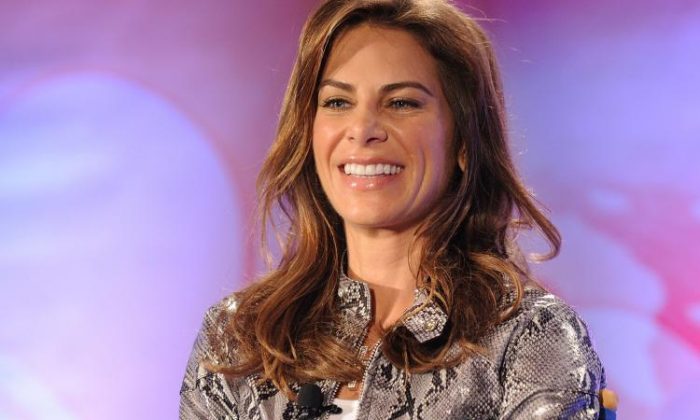 Celebrity fitness trainer Jillian Michaels slammed the keto diet this week, saying it sounds like a “bad plan” to her.

It’s been claimed that the diet forces the body to burn fat for fuel rather than glucose, and some followers restrict their carbohydrate intake to less than 50 grams per day. Adherents even restrict their fruit intake. Some have sworn by the diet for weight loss and overall health.

Michaels said she doesn’t understand it.

“I don’t understand. Like, why would anyone think this is a good idea?” Michaels, 44, said, according to People magazine. In a video, she goes on to imitate the creator of the diet: “‘You know what we need to do? All fat and animal protein!’ No! Bad plan. For a million reasons.”

She claimed the diet deprives one’s body of essential nutrients.

“Your cells, your macro molecules, are literally made up of protein, fat, carbohydrates, nucleic acids. When you do not eat one of the three macro nutrients—those three things I just mentioned—you’re starving yourselves,” she was quoted as saying.

She addedd: “Those macro nutrients serve a very important purpose for your overall health and wellbeing. Each and every one of them.”

I think this deserves some kind of award: How to be as wrong as possible about nutrition in the shortest amount of time possible.

“Do not go keto. Just work out, eat clean and don’t overeat. I promise you, balanced diet,” she added. “It’s that simple.”

The trainer also commented on vegetable “noodles,” known as zoodles.

“Veggies are great for you, so the more vegetables you eat the better off you’re going to be, right?” she added. “With that said, carbs are not actually the devil, so if you feel like you want pasta, the key is: whole grain, go organic whenever possible so you’re not getting pesticides and all the processed crap.”

On social media, Michaels was slammed by some users, who said she didn’t do enough research.

Long story short, she should do her own research before bashing this lifestyle. She does not mention the lives been saved by only watching sugar/carb intake. She doesn’t mention about all the lives been improved thanks to following this method. All… https://t.co/s7mwxA9rBy

Some keto adherents said it’s made their lives better.

“It transformed my life,” said Jan Vyjidak, 38, a management consultant, who has been on the diet for about a decade, reported the Guardian.

He added: “It wiped out my constant hunger, and I was able to stop all medication for my asthma and psoriasis within six months.”

According to another testimonial posted on Ruled.me, they lost weight and gained more energy. “It will change your life in so many amazing ways and I have found that the community of adherents is always willing to lend a helping hand! One last thing, don’t ‘buy’ into any miracle supplement gimmicks. With proper diet, your body can do every single thing you need it to do,” they wrote.

Another follower of the diet said they lost 50 pounds. “I have gone from wearing a size 38 pant( a very tight 38 lol) to a size 34 that fits loosely (could almost go to a 32 soon.) Anyway that is my story,” the man says.

"First off I would like to thank you for all of your recipes and information on your site, it has really helped me get…

Harvard Says There Are Risks

The Guardian’s Laura Thomas wrote that the keto diet “was developed as a clinical tool more than 100 years ago.”

“In 1911, doctors noticed that children with epilepsy stopped having seizures after two days of absolute fasting, the point when their bodies would have been forced into ketosis. Scientists later noted that ketosis could be achieved through a low-carb, high-fat (LCHF) diet without the risk of infection and mortality rates associated with absolute fasting. Today, children resistant to anti-epilepsy drugs still follow ketogenic diets to prevent seizures, under the management of specialist dietitians,” she wrote.

In October, Harvard Health noted the plan is a medical diet that, according to its experts, poses serious health risks.

“The keto diet is primarily used to help reduce the frequency of epileptic seizures in children. While it also has been tried for weight loss, only short-term results have been studied, and the results have been mixed. We don’t know if it works in the long term, nor whether it’s safe,” said registered dietitian Kathy McManus, who is the director of the Department of Nutrition at Harvard-affiliated Brigham and Women’s Hospital, in the Harvard article.

“If you’re not eating a wide variety of vegetables, fruits, and grains, you may be at risk for deficiencies in micronutrients, including selenium, magnesium, phosphorus, and vitamins B and C,” McManus added.

She said that too much fat can also cause any existing liver problems worse. Kidney problems can also occur.

Meanwhile, due to the diet being having low amounts of fibrous foods like beans and grains, some followers may suffer from constipation.