‘I’ve never seen anything like this before,’ Says Aviation Company Owner 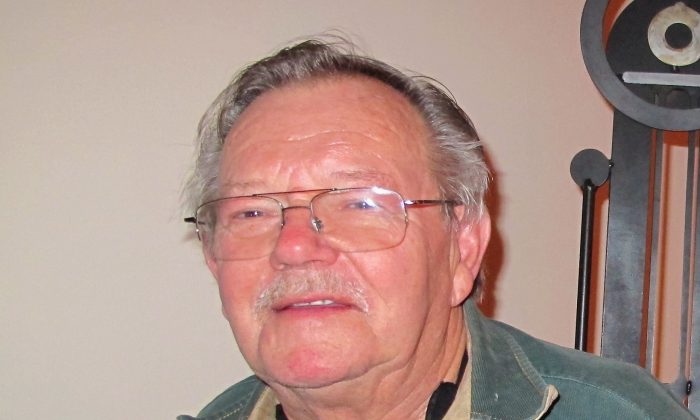 Gordon Small, owner of Cornwall Aviation, had never before seen anything like Shen Yun until he attended the opening night performance at the National Arts Centre in Ottawa on Jan. 2, 2014. (Donna He/Epoch Times)

The Smalls liked every aspect of the show, from the colourful costumes to the storytelling pieces, from the dancing to the spirituality. Shen Yun Performing Arts World Company presented a rich program of classical Chinese dance complemented by a unique orchestra that combines Chinese and traditional Western instruments.

Mr. Small said he loved the beat. He also appreciated the dancing. Mrs. Small, who has studied ballet, was particularly impressed by the rhythm and the flexibility. She also noted the digital backdrops.

“They have these segments from the dance and all of a sudden it’s on the screen,” Mrs. Small said, referring to the interaction between the backdrops and the dancers on the stage. In many pieces, an added dimension is provided by the backdrop as dancers appear to seamlessly move from the stage into the background scene.

Classical Chinese dance is very expressive and is one way in which 5,000 years of Chinese culture has been passed down over many generations. Shen Yun takes the audience on a journey through this ancient culture that has almost been completely destroyed after decades of communist rule.

“I think culture is a shame to be lost,” Mrs. Small said.

One of Shen Yun’s features is its story-based dances, which present classical tales on stage, such as The Monkey King Thwarts the Evil Toad.

“You can follow the show. It’s well created. The narrators are excellent,” Mr. Small said, referring to the two masters of ceremonies who offer a brief cultural background prior to each performance—In Ottawa, these introductions are provided in English, French, and Chinese.

The theme of spirituality and the connection between humans and the divine also stood out for the Smalls.

“Harmony and well-being among people—to have harmony in your heart,” said Mrs. Small.

The divine has been an inspiration for art throughout history and Shen Yun continues in that tradition.

“This spiritual connection is motivation for striving to excel, is the heart behind each movement of the dancer and each note of the musician,” reads the Shen Yun website.

Mr. Small is the owner of Cornwall Aviation. The company teaches aviation students to fly, and some of their students are now commercial pilots for major airlines like Air Canada.

Reporting by Donna He and Rahul Vaidyanath