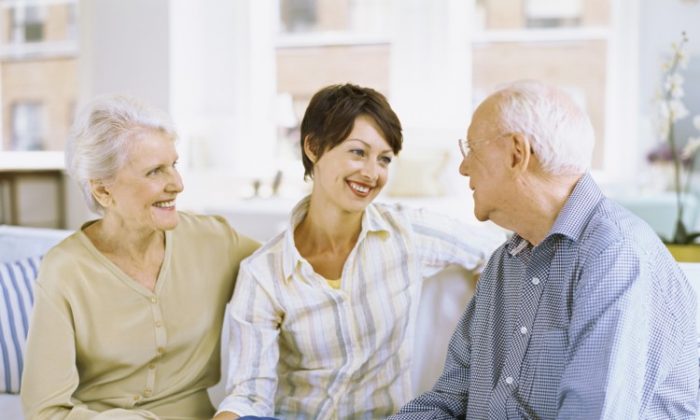 Talking with parents about their health and finances can be successful if done with care and compassion. (George Doyle/Photos.com)
Health

It Pays to Have an Eye for Emotions

By University of Bonn

Attending to and caring about the emotions of employees and colleagues – that’s for wimps, not for tough businesspeople and efficient performers, right? Wrong! An extensive international study has now shown: The “ability to recognize emotions” affects income. The corresponding author of the study is Professor Dr. Gerhard Blickle of the Department of Psychology at the University of Bonn. The results are published in the Journal of Organizational Behavior.

“Although managing employees and dealing with people often involves reading their emotions and determining their moods, not everyone is good at it,” Blickle says. “It’s the same as foreign languages or athletics: some people are good at it, while others aren’t. Most people can do a sit-up. But not everyone is an Olympic champion.” In order to compare and measure how well someone can recognize the emotions of other people, the researchers used a validated collection of images and recordings of actors and children – that is, of people who have learned to clearly express their feelings or who do not want to hide their feelings in an “adult” manner. These emotion expressions (24 pictures of faces and 24 voice recordings) were then shown to 142 working adults who were recruited to participate in this research study. The participants were asked to recognize the emotion expression – whether it was angry or sad, happy or scared, for example. “On average, the participants succeeded in 77 percent of the cases,” Blickle reports. “People who succeeded in 87 percent of the cases were considered to be good, and people who succeeded in more than 90 percent of the cases were considered really good. Those below 60 percent, in contrast, were seen as not so good in recognizing emotions.”

Once the emotion recognition task was completed, the researchers asked the participants’ colleagues and supervisors to assess the political skills of the participants (for example, whether participants socially well attuned, influential, apparently sincere, and good as networkers). According to Blickle, the result indicated that people with a good ability to recognize emotions “are considered more socially and politically skilled than others by their colleagues. Their supervisors also attribute better social and political skills to these people. And, most notably, their income is significantly higher.”

The “special strength” of the study is “that we were able to exclude alternative explanations,” Blickle adds. Numerous factors affect the income of an employee: biological sex, age, training, weekly working hours, and hierarchical position in the company. “We controlled for all these variants,” Blickle reports. “The effect of the ability to recognize emotions on income still remained.” And, the researchers replicated their own findings in an independent second study with  190 participants, thus underpinning the robustness of their results.

Can the ability to recognize feelings be increased?

The researchers have come to the conclusion that, among other things, more value should be placed on the skill of recognizing emotions in the selection of managers – especially in professions where contact with people is important. “Often we hear managers speak of understanding and esteem,” Blickle says critically, “but when we look at their management behavior, we realize that they have neither.”

Can the ability to recognize emotions be trained with a lasting impact? Various methods exist that presumably enhance “emotional intelligence”. But as Blickle explains, these methods often fall short of effectively training the ability to recognize the feelings of others in the first place because it is implicitly assumed that this ability is already well honed among those who do such trainings. “I know of no study of high scientific standards that showed that the recognition of emotions lastingly can be improved,” Blickle adds. More research is necessary to answer this question.