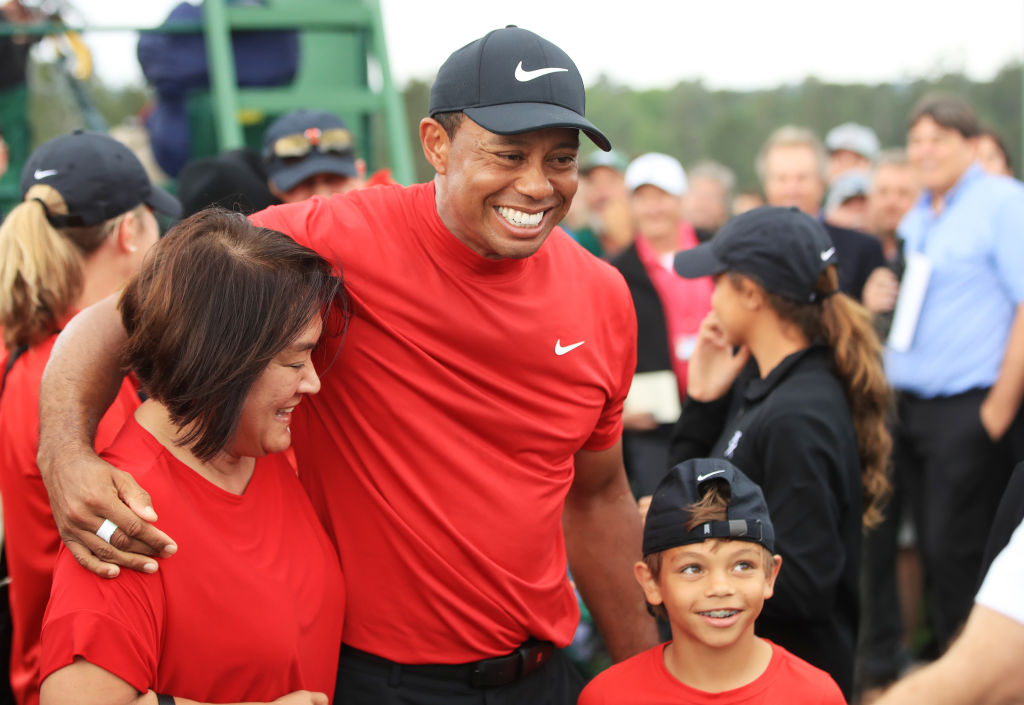 Tiger Woods celebrates with his son Charlie Axel during the final round of the Masters at Augusta National Golf Club in Augusta, Ga., on April 14, 2019. (Andrew Redington/Getty Images)
Family & Education

It Ain’t Over Till It’s Over: 2nd Acts to Inspire the Fallen

What are the consequences when you are discovered committing an act of immorality so egregious—adultery, fraud, cheating, betrayal—that it pierces the hearts of those you love, kills many friendships, strips you of your reputation and income, and even sends you to prison or a self-imposed exile?

Once you have murdered your self-respect, once you have beaten yourself to your knees, how do you get back on your feet?

Some who wound themselves and lose their way never recover from such a blow. For the rest of their days, they remain in a self-created abyss of shame.

Others manage to clamber out of that pit and win back their dignity and self-respect. By force of will, they rise and walk forward, and bring their gifts, new and old, into the world once again. For those of us who have disgraced ourselves, these men and women may serve as exemplars of hope.

Once known as President Richard Nixon’s “hatchet man,” Chuck Colson was convicted of obstruction of justice in the wake of Watergate and served seven months in federal prison. His reputation seemed forever ruined. Just before his incarceration, however, Colson had undergone a religious conversion. For the rest of his life, he worked to establish prison ministries, wrote several notable books about the influence of Christianity in the modern world, and evangelized both in person and by radio. He won the Templeton Prize for Progress in Religion, and, in 2008, President George W. Bush awarded him a Presidential Citizens Medal.

Convicted of making false statements to federal investigators, Martha Stewart, doyenne of recipes, entertainment, and decoration, served six months of a two-year sentence in a prison in West Virginia. Many predicted her incarceration marked the end of Stewart and her marketing empire, but she kept her head high, became a model prisoner, and after her release returned to work. Her fans welcomed her home, and her critics were left with egg on their faces.

As People magazine put it, “Some expected America’s goddess of domestic perfection to fall into terminal despair. Instead, with the drive that would make her a billionaire, Stewart took her lemon of a sentence and made lemonade. Heck, she made a lemon soufflé.”

More recently, we have watched the saga of Tiger Woods, one of the greatest golfers ever to walk the planet. For years, Woods dominated the game, winning tournament after tournament and earning millions of dollars through various endorsements. Then, came his downfall. In 2009, reports of infidelities destroyed Woods’ marriage and seemingly his golf game. A plague of injuries also affected his play on the links. Raised as a Buddhist, Woods later attributed part of his fall from grace to his failure to practice his faith. At any rate, he refused to be beaten down by these circumstances. Despite many setbacks, Woods persisted in his play, and in one of the greatest turnarounds in sports history, he won the Masters in April, the second oldest golfer ever to do so.

Finally, there is Charles Van Doren. A young professor at Columbia University in the 1950s and the son of renowned poet Mark Van Doren, he accepted an offer to appear on a popular television quiz show, “Twenty-One.” There, he discovered that the show’s producers were cheating by giving answers ahead of time to participants they favored. At first, Van Doren resisted this offer, but eventually, he buckled, won tens of thousands of dollars, and became a household name. When federal investigators got wind of this fraud, Van Doren and others from the show were forced to testify before a congressional committee investigating corruption in television. Van Doren ended up losing his teaching post and his reputation, plummeting overnight from one of the most celebrated people of his time to the most reviled, branded by television viewers as a cheater who had abused the trust of an entire country.

“Quiz Show,” a fine film directed by Robert Redford, examines in detail the moral ruination of Van Doren, the siren call of fame and money, the abandonment of a code of honor. Like many of us, Van Doren slips almost unaware into wrongdoing, failing to foresee the consequences of his cheating, excusing himself at one point by remarking, “It’s just television.” “Quiz Show” also reminds us that our wrongdoing may bring shame to our loved ones as well. When his father upbraids him for his cheating, Van Doren retorts that only his name and reputation are at stake. In one of the most telling lines of the movie, Mark Van Doren roars back at his son, “Your name is mine!”

But there’s more to the story than the ending of the movie.

After Van Doren’s crash into infamy, Mortimer Adler, author, philosopher, and one of the founders of the Great Books Program at The University of Chicago, offered the young man a position at the Encyclopedia Britannica. In “All The Answers,” a 2008 New Yorker piece in which he broke a 50-year silence regarding his downfall, Van Doren writes of “the time when I fell down, face down in the mud, and (Adler) picked me up, brushed me off, and gave me a job.” Van Doren went on to make a name for himself as an editor and writer, and though his sense of shame never left him, he was beloved by his family and friends.

To any of us who have fallen face down in the mud, these people are reminders that we can get to our feet, wipe away the mud, and walk again on the right path.

Jeff Minick
Jeff Minick has four children and a growing platoon of grandchildren. For 20 years, he taught history, literature, and Latin to seminars of homeschooling students in Asheville, N.C. He is the author of two novels, “Amanda Bell” and “Dust On Their Wings,” and two works of non-fiction, “Learning As I Go” and “Movies Make The Man.” Today, he lives and writes in Front Royal, Va.
SHARE
Friends Read FreeCopyFacebookTweet
SHARE
Friends Read FreeCopyFacebookTweet
You May Also Like