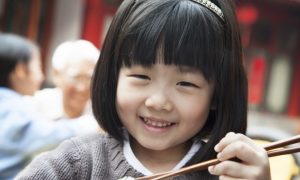 Is Your Qi Depleted? Take This Quiz

Qi (pronounced chee) is one of the fundamental forces in both your body and in the universe, according to Chinese theory.  While the concept of qi is difficult to translate, many compare it to the term “energy.”  It is considered to be the life force of all living things, and in your body, qi is responsible for a number of functions.

In order to be completely healthy, your qi must be abundant. One of the most common causes of symptoms that I see in my patients is a depletion of qi.  If you’re wondering whether your qi is in good supply, take this short quiz by checking each of the following statements that is true for you.

__I get sick frequently.

__I tend to bruise easily.

__I feel colder than most other people.

__My appetite is not very good.

__I am frequently tired.

__My energy fluctuates broadly over the course of the day.

__I get out of breath when I’m barely exerting myself.

__I feel gassy and bloated after I eat.

__I sweat during the day, even though I’m not exercising.

Results:  if you checked more than one or two of the items above, chances are that your qi is a little depleted.  Three or more checks?  You’re in serious need of a qi infusion.  Here’s an explanation:

Qi is considered to be transformative; something that’s most frequently seen in how well you digest your food to turn it into nutrients and more energy.  If you have a poor appetite or feel gassy and bloated after you eat, the transformative function of your qi isn’t working very well.  In addition, if you feel tired after eating, it means your short supply of qi is being diverted to your digestion, so you don’t have energy to do much else.

Qi is also protective, and that protective function acts something like immunity.  If you find yourself catching every cold or flu that is going around, chances are your qi is depleted.  Also, if you suffer from allergies, it’s also a sign that your protective qi is in short supply.

It is also a function of qi to hold things in place, such as keeping the blood in your vessels and sweating appropriately.  Personally, I am an easy bruiser.  Both easy bruising and easy sweating mean that the holding function of qi has been affected.  Other signs that this is happening are prolapsed organs, some types of diarrhea, and frequent miscarriages.

Qi is considered to be warming. Basically, if you’re alive, your temperature is somewhere near 98 degrees. If you are frequently cold, even on the warmest days, or are colder than most people, it’s probably a sign of qi depletion.

Finally, qi is all about energy, which powers movement in your body. If you’re frequently tired, your energy fluctuates, or you struggle to breathe when you’re moving your body just a little bit, your energy (hence, your qi) is depleted.

Take Good Care of Your Qi

Okay, so your qi is in short supply. The good news is that there’s a lot you can do to build it back up.  I’ll cover this in a future post, or you can check out my book, Simple Steps: The Chinese Way to Better Health for help and more assessments.