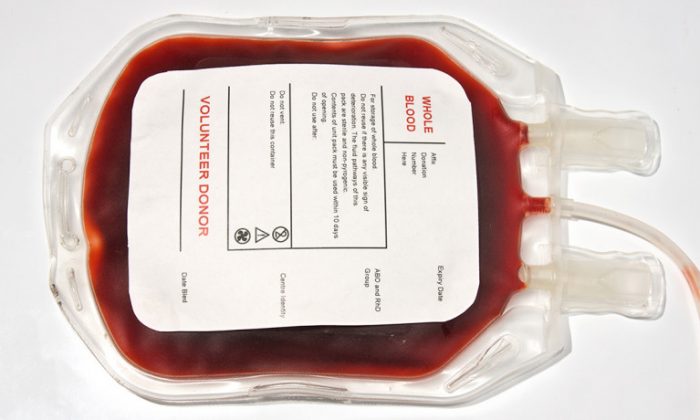 "It turns out that blood is more like milk, which has a relatively short shelf life, than a fine wine, which gets better with age," says Steven Frank. (Shutterstock*)
Health

Is Recycled Blood Safer Than a Transfusion?

Patients whose own red blood cells are recycled and returned during heart surgery get more oxygen where it’s most needed compared to patients who get transfusions from a blood bank.

In a recent study, researchers found that the more units of older blood a patient received, the more red cell damage they observed. The damage makes the cells less flexible and less able to squeeze through a body’s smallest capillaries and deliver oxygen to tissues.

The damage persisted for at least three days after surgery for patients who received five or more units of banked blood.

“We now have more evidence that fresh blood cells are of a higher quality than what comes from a blood bank,” says study leader Steven Frank, associate professor of anesthesiology and critical care medicine at Johns Hopkins University School of Medicine.

“It turns out that blood is more like milk, which has a relatively short shelf life, than a fine wine, which gets better with age.”

To recycle blood, a machine known as a cell saver collects what a patient loses during surgery, and rinses away unneeded fat and tissue. It then centrifuges and separates the red cells, which are returned to the patient. Disposable parts of the cell saver, which can be used to process multiple units of blood, cost around $120, compared to $240 for each unit of banked blood.

Recycling first became popular early in the HIV/AIDS crisis, so patients could avoid the risk of getting the virus in transfused blood. Today, the blood supply is much safer, with the incidence of contracting HIV from a transfusion down from one in 100 in the early 1980s to one in 2 million now, Frank says.

But the focus should still be on recycling—not only because fresher blood is better but also because it reduces the risk of hepatitis B or C infections and transfusion-related reactions.

“It’s always been the case that patients feel better about getting their own blood, and recycling is also more cost-effective,” Frank says.

Researchers categorized 32 cardiac surgery patients: 12 received only their own recycled red blood cells, 10 received their own blood plus fewer than five units of banked blood and 10 received their own blood plus five or more units of stored blood. All had given blood samples before, during, and for three days after surgery. The samples were examined for blood cell membrane stiffness and flexibility, a measure of how well oxygen is likely to get to where it is needed.

In patients who received only their own recycled blood, their cells behaved normally right away, as if they had never been outside the body. The more blood a patient got from the bank, the less flexible their entire population of red blood cells. Three days after surgery, the red blood cells in the group that got the largest number of transfused units still had not recovered their full function.

Cell saver machines are not appropriate for all operations, and not all hospitals have access to round-the-clock perfusionists to run them. For heart surgeries, however, a perfusionist is already in the operating room to run the heart-lung bypass machine.

“In any patient where you expect to give one unit of red blood cells or more, it’s cost-effective and beneficial to recycle,” he says.

Patients who lose blood may also need platelets and plasma, which they receive regardless of whether they receive their own blood or blood from a bank.

The National Institutes of Health’s National Heart, Lung and Blood Institute and the New York Community Trust supported the research, which was published in the journal Anesthesia & Analgesia.

*Image of “donor blood” via Shutterstock