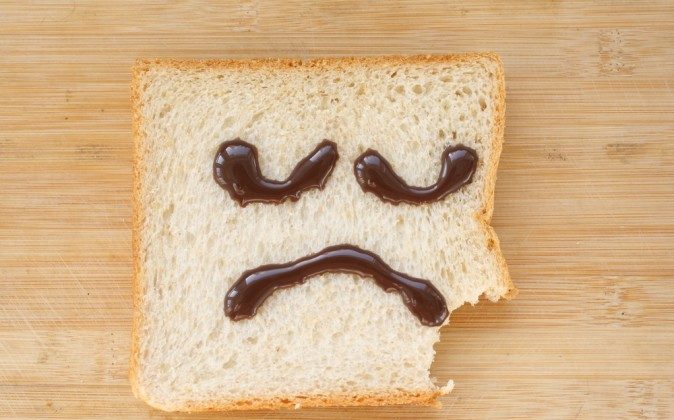 Is Eating Wheat at the Root of Your Depression?

The powerful neurotoxic and psychoactive properties of wheat have only recently come to light. For many decades the near exclusive focus was on gluten’s life-altering gastrointestinal adverse effects – once considered exceedingly rare and limited to those with celiac disease.  Only now are we beginning to realize that this “king of grains” is truly a debilitating force in the Western diet that we must go to great lengths to avoid.

Beyond the already 200+ adverse health effects identified in the biomedical literature on this globally popular food’s inherent health damaging properties, a solid body of research also exists linking wheat to schizophrenia, acute bouts of mania, autism, cerebellar ataxia, reduced blood flow to the brain, autoimmune neurological issues, and many other neurotoxic reactions. For an exhaustive analysis of the neurotoxicity of wheat visit our Wheat Toxicity page which contains 24 biomedical citations on wheat’s brain- and nerve-damaging properties.

Recently, the holistic psychiatrist Dr. Kelly Brogan, MD, reported on the relationship between gluten consumption and depression in non-celiac disease subjects on her cutting-edge website, commenting on a study published in the journal Alimentary Pharmacology and Therapeutics titled, “Randomised clinical trial: gluten may cause depression in subjects with non-coeliac gluten sensitivity – an exploratory clinical study,” wherein it was clearly revealed that gluten consumption significantly increases the risk of depression.

The doubled-blind cross over study consisted of twenty-two subjects (24-62 years, five male) with irritable bowel syndrome who tested negative for celiac disease and whose condition was symptomatically controlled on a gluten free diet.

The participants randomly received one of three dietary challenges for 3 days, followed by a minimum 3-day washout before crossing over to the next diet. Their gluten free diet was challenged with either gluten (16 g/day), whey (16 g/day) or not supplemented at all (placebo).  The study end-points included mental state as assessed by the Spielberger State Trait Personality Inventory (STPI), cortisol secretion and gastrointestinal symptoms.

The results of the intervention were reported as follows:

“Gluten ingestion was associated with higher overall STPI state depression scores compared to placebo [M = 2.03, 95% CI (0.55-3.51), P = 0.010] but not whey [M = 1.48, 95% CI (-0.14 to 3.10), P = 0.07]. No differences were found for other STPI state indices or for any STPI trait measures. No difference in cortisol secretion was identified between challenges. Gastrointestinal symptoms were induced similarly across all dietary challenges.”

“Short-term exposure to gluten specifically induced current feelings of depression with no effect on other indices or on emotional disposition. Gluten-specific induction of gastrointestinal symptoms was not identified. Such findings might explain why patients with non-coeliac gluten sensitivity feel better on a gluten-free diet despite the continuation of gastrointestinal symptoms.”