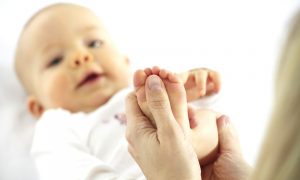 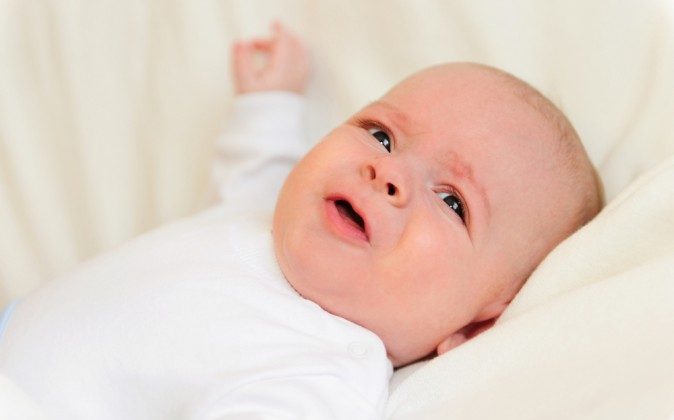 Is Controlled Crying the Best Way to Get Baby to Sleep?

Controlled crying has been hotly debated since it was first recommended in a 1985 book about infant sleep problems. It involves letting a baby cry itself to sleep without any interaction once it has been put to bed, but leaving distressed babies to cry may compromise their psychological development.

Most behavioural approaches applied to infant sleep problems, including controlled crying, derive from a learning theory-based process called extinction. In its pure or unmodified form, this involves removing all rewards, including attention, for a particular behaviour until it’s no longer in the child’s repertoire.

But controlled crying is at odds with research on infant development that shows the foundations for lifelong psychological health are laid down in infancy when distress is responded to promptly and reliably.

Modified extinction approaches include the progressive waiting method, which involves putting the baby to bed while awake and then gradually withdrawing attention, comfort and reassurance. Then there’s systematic ignoring with minimal checks, which involves patting and vocal soothing, but not picking the baby up or offering the breast while it remains unsettled. Co-sleeping and parental presence also form part of gentle sleep training routines.

“The sensible sleep solution” involves developing age-appropriate pre-sleep and sleep routines. You might breastfeed the infant just before bedtime, for instance, but not breastfeed it to sleep, in order to encourage the development of effective sleep habits.

These modifications have softened the hard edges of the original approach, which often resulted in babies left to cry to the point of extreme hyper-arousal and distress that could result in screaming, vomiting, hyperventilation and breath-holding.

A baby’s cry signals that all is not well – although the opposite is not necessarily true when crying stops. Children whose emotional communications are systematically ignored initially respond with acute distress, followed by a gradual and painful process of realisation that the caregiver is not available. Ultimately, they adapt to neglect by ceasing their attempts to engage their caregiver.

These observations were subsequently confirmed for children younger than four years old who experienced even brief separations from their mothers.

For some infants and children, every sleep episode may be emotionally challenging because it involves a separation. Before recommending behavioural approaches to infant sleep problems, health professionals need to assess the whole family – particularly the mother’s attachment to her infant, overall parenting style and psychological well-being – to ensure the chosen approach is appropriate.

Sleep disturbance in infants and young children is common; up to 40% of normally developing children experience difficulties in either initiating or maintaining sleep.

This proportion increases to 80% in children with medical conditions, such as developmental deficits or obstructive sleep apnoea; those with psychological conditions, such as anxiety, ADHD, autism spectrum disorders and depression; or behavioural problems that often arise from poor parental management, such as inconsistent limit-setting and disorganised bedtime routines.

Too little sleep and too much crying are injurious both to a child’s development and to parental well-being. Some children will simply outgrow their sleep problems, but many won’t without a specific intervention.

Parents need to consider a wide range of strategies and apply them appropriately to different forms of sleep disturbance. In a minority of cases where the infant or child has particularly difficult sleep problems, short-term medication may be the answer. Drugs such as clonidine, trazadone and antihistamines may work but their long-term use is ineffective and not recommended.

For those having trouble falling asleep, melatonin, which is an endogenous hormone that controls the sleep-wake cycle could work. Behavioural strategies, such as anxiety-relaxation techniques (co-sleeping with minimal responding, for instance) and the use of the gentler sleep management approaches described above, may reduce disruptions to overnight sleep.

The age of the child is critical in selecting the best sleep-support method. No unmodified extinction-based behavioural strategies, such as controlled crying, are recommended for infants, especially those younger than three months of age.

For children who can talk, cognitive-behavioural approaches or one of the other modified extinction options discussed above may be effective in managing unsettled sleep habits.

Several factors contribute to a child’s reaction to sleep time, including their level of object and person constancy – that is, their understanding that mother still exists even though she’s out of sight. Also influential is their innate temperament (some are just easier to settle than others) and the appropriateness of parental responsiveness to the baby’s general needs and communications.

The overall quality of parent-child attachment and parental behaviours at sleep time also affect infant sleep patterns. If baby is unsettled, myriad causes may be responsible. Parents need to check that their baby is not hungry, colicky, too warm or too cold, has a dry nappy, is not ill, feverish, or uncomfortable from teething, and so on.

Parents also need to review their sleep time routines to ensure they are not inadvertently exacerbating their infant’s sleep difficulties. If the sleep routine is not conducive to settled sleep and results in sleep disturbance, this needs to be resolved through parental education and counselling.

A settled parent is necessary for a settled and secure infant. After that, baby’s sleep routine may benefit further from gentle modified-extinction procedures, especially those involving parental presence.

Dianna Kenny receives funding from the Australia Research Council, the Australia Council for the Arts, and the NSW Department of Juvenile Justice. She is the author of Bringing up Baby: The Psychoanalytic Infant Comes of Age (Karnac, 2013). This article was originally published on The Conversation. Read the original article.