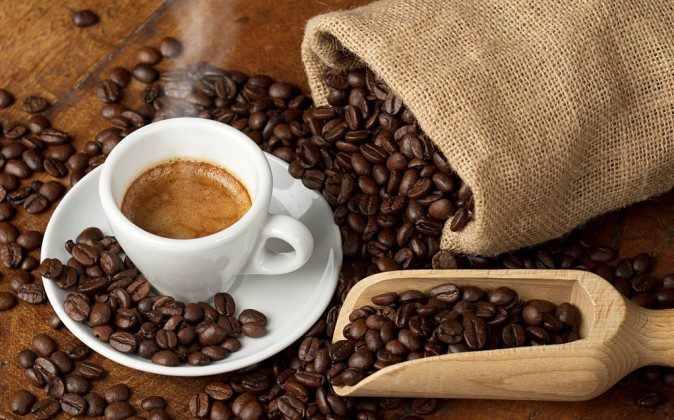 Derek Henry
View profile
Follow
biggersmaller
Print
Coffee is big business. Over 1 million cups are served daily in North America alone, and it is the most consumed beverage after water and the second most traded commodity after oil. Coffee is not just a habit, it’s an addiction, and research studies are backing up people’s desire to find nothing but good in the black elixir. It’s very clear that coffee isn’t going away anytime soon, but what isn’t clear is if coffee is actually healthy. It’s time to fully examine all sides of this contentious debate.

Congratulations! If you have made it this far, you actually want to know more about your coffee habit and the health implications (positive and negative). Either that, or you decided to take a peek during your coffee break to validate your coffee habit by browsing through this article to see all the good that pops up, while ignoring the rest.

It’s okay; it’s human nature. We typically don’t like our habits to be questioned in any shape or form, and we often look for evidence to validate them. However, in this article, we are going to explore both sides of the coffee habit, and evaluate whether it is generally a good habit to have, not healthy at all, or if it depends on the individual.

Kudos if you are still with me…

So without further ado lets take a look at one of our greatest addictions, come to a conclusion on our coffee consumption, and explore any alternatives available to help us break the regular habit for good.

There has been plenty of research of late suggesting coffee consumption (in specific moderation) has several health benefits, which not only make it safe, but beneficial to drink on a consistent basis. Some of these health benefits that are being touted include:

One of the key health components with coffee that helps with these conditions is its high antioxidant content.

Antioxidants are organic compounds such as vitamin A, C, and E, as well as beta carotene, lycopene and selenium, which are found in foods. Antioxidants are beneficial to the human body as they are scavengers of free radicals, which cause many systemic and health debilitating issues, such as chronic inflammation.

“A dosage of 50 to 100 mg caffeine, the amount in one cup of coffee, will produce a temporary increase in mental clarity and energy levels while simultaneously reducing drowsiness. It also improves muscular-coordinated work activity, such as typing. Through its CNS stimulation, caffeine increases brain activity; however, it also stimulates the cardiovascular system, raising blood pressure and heart rate. It generally speeds up our body by increasing our basal metabolic rate (BMR), which burns more calories. Caffeine also increases respiratory rates, and for people with tight airways, it can open breathing passages. Caffeine is also a diuretic and a mild laxative.”

“Caffeine, in fact, is the most widely used cognitive-enhancement product in our society. Numerous tests have proved that, when used in moderate amounts, caffeine boosts concentration and alertness. Because it is a stimulant, it increases output of adrenaline, and can temporarily improve memory and mood.”

This is certainly the good news for coffee drinkers, but now, what about the side effects?

There has always been plenty of empirical data that conclusively shows that coffee consumption is generally not a good thing. For years, doctor would tell patients who were experiencing various symptoms that they should ‘cut back on the coffee’. This was just sage advice, and the patient typically knew that this is what they needed to do because their favourite addiction was causing a number of problems, including:

The most significant issue created by coffee is adrenal fatigue due to the triggering of stress hormones in your body. This triggering makes your muscles tense, elevates blood sugar, speeds up pulse and respiration rates, and increases your state of panic and alertness.

To some of you, this may appear to be a good thing, but over a period of time, it is quite detrimental. Consider the following analogy by Stephen Cherniske, author of Caffeine Blues:

“Imagine you lived in a country that was always under threat of attack. No matter where you went, there was a perpetual state of alert. Not only that, but your defenses were constantly being depleted and weakened. Does that sound stressful? Caffeine produces the same effect on your body, like fighting a war on multiple fronts at the same time.”

Ironically, most people drink coffee due to the energy it provides them on a daily basis. However, over the long term, it actually depletes your energy, which is a seriously ironic kick in the pants. Pat Goudey, author of The Unofficial Guide to Beating Stress, states:

“Caffeine doesn’t add energy to your system, it just burns up your reserves at a faster pace. You get a short-term boost at the expense of long-term jitters and fatigue.”

But that’s not all that coffee negatively effects. Michael Murray, N.D., points out:

“Caffeine depletes the body of B vitamins, which you need for proper brain and nervous system functioning and for converting food to energy, says Michael Murray, N.D., a naturopathic physician in Seattle and author of Chronic Fatigue Syndrome: Getting Well Naturally. To make matters worse, it also prevents iron absorption, says Dr. Murray, which can lead to anemia, a condition in which you have too few oxygen-carrying red blood cells and which is a major contributor to fatigue.”

Mark Mayell, Author of Off the Shelf Natural Health: How To Use Herbs and Nutrients To Stay Well, piggybacks on Michael Murray’s findings, stating the following:

“Although relatively safe, long-term use (of caffeine) in excess of 250 to 300 mg daily may cause numerous health problems. Caffeine has been known to raise blood-cholesterol levels, deplete B vitamins, irritate the stomach and bladder, exhaust the adrenals, and possibly lead to breast and prostate problems.”

This may not be an issue for those who drink only one cup of coffee a day, or is it? Cherniske writes:

“Careful research conducted by the department of psychiatry and behavioral sciences at Johns Hopkins University School of Medicine shows that low to moderate caffeine intake (as little as one 14-ounce mug per day) can quickly produce withdrawal symptoms,” writes Cherniske.

With withdrawal symptoms, comes more chronic use. People would simply rather deal with their coffee habit, than try to deal with the headaches and migraines that can come with trying to kick the coffee habit. This roller coaster leads to long term coffee consumption, which continues to deplete the delicate adrenals, which throws hormones out of balance causing energy swings, fatigue, irritability, poor sleep, and breast and prostate issues.

So now that we have seen both sides of the argument, how do you make a logical, unemotional decision (which is difficult in a state of hormonal imbalance) about your coffee intake? You can attempt to examine your particular health situation soberly, and determine whether coffee is a habit you can safely continue.