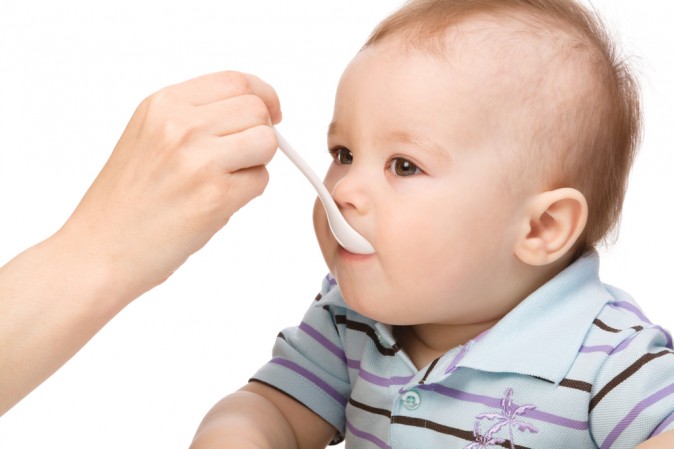 A placebo, such as sugar water or agave nectar, may be a better treatment for small children’s cough symptoms than doing nothing at all.

The Food and Drug Administration recommends against the use of over-the-counter cough and cold medications in children under two years old due to safety concerns and a lack of evidence for their effectiveness in this age group.

As part of a voluntary change announced in 2008 by the Consumer Healthcare Products Association, most over-the-counter (OTC) cough and cold remedy labels state they should not be used by children under four.

“Pediatricians typically tell parents, ‘Don’t give your child anything,’ or at most give them acetaminophen or ibuprofen,” says Ian Paul, professor of pediatrics at Penn State. “We know sick children are miserable and can’t sleep, and parents are frustrated that they can’t do anything to help.”

Cough is a frequent symptom for infants and toddlers, and is one of the most common reasons children visit a healthcare provider. Little evidence supports use of OTC medicines for acute cough, particularly in younger children.

In the absence of effective treatments, doctors report feeling pressured by some parents to prescribe antibiotics, which do not affect the viruses that cause colds and their symptoms.

In 2007, Paul’s team published findings that honey was more effective than placebo for children’s coughs. Other researchers have since replicated those findings. However, honey is not allowed in children under age one due to risks of infantile botulism. Agave nectar shares similar physical properties with honey without known risk of infantile botulism.

To study the effects of agave nectar and placebo on children’s coughs, the researchers looked at 119 children aged two to 47 months with non-specific acute cough, nighttime symptoms, and an illness duration of seven days or less.

Both agave nectar and placebo were superior to no treatment, but no significant differences were detected between the two. The results are published today in JAMA Pediatrics.

“We found that placebo was better than doing nothing,” says Paul. “For kids under age one, for which there is no other option, the findings may be particularly important.”

In a small subgroup of 30 children under age one, agave was more effective than placebo. These results were clinically, but not statistically, significant. Adverse results in both the agave nectar and placebo groups were rare.

Using a placebo for coughs in young children could reduce inappropriate antibiotic prescriptions.

“Perhaps this is a case where giving a placebo, such as agave nectar or sugar water, can help parents and their babies get through this annoying illness,” Paul says. “This is a discussion that the pediatric community and parents are going to have to have.”

An unrestricted grant to Penn State College of Medicine by Zarbee’s Inc., the makers of agave nectar cough syrup, funded the work. Paul served as a paid consultant to Zarbee’s Inc. in 2012 and discontinued the relationship upon discussions of performing a clinical trial.

*Image of “little boy” via Shutterstock