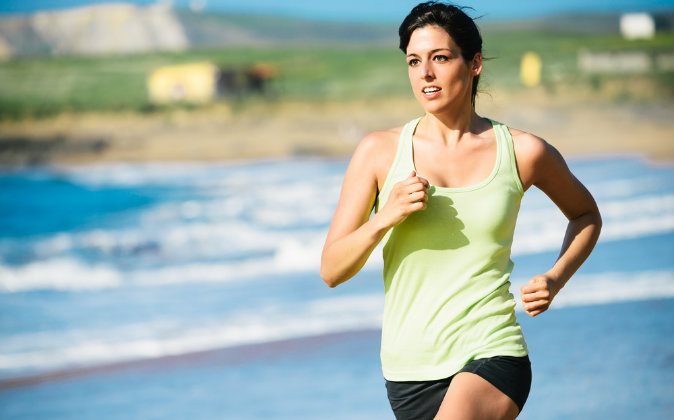 Intense Exercise Could Make You Age Faster, Shorten Your Lifespan

Intense exercise increases metabolism and cells are made to divide more rapidly to replace damaged or worn out cells. Cells have a finite number of times they can divide, thus one’s lifespan may be shortened.

Telomeres are the caps on the ends of chromosomes. With each cell division, telomeres become shorter, and thus they are markers for aging. When telomeres in a cell are worn down completely, a cell can no longer reproduce and it will die. Wearing out telomeres more quickly, therefore, can shorten one’s lifespan.

Joel Fuhrman, M.D., wrote in his blog: “The prevailing myth is that a faster metabolism is preferable, because it would lead to weight loss. However, having a fast metabolism does not mean that you are healthier—in fact, it may cause you to age more quickly.”

Fuhrman cited a study of families in which multiple siblings lived to be older than 90. The study, conducted by researchers at the Leiden University Medical Center in the Netherlands, found longevity could be linked to lower thyroid activity and thus lower metabolism.

Instead of trying to boost metabolism, said Fuhrman, get your body to run on fewer calories. Some of the world’s oldest people have also said they felt a key to their longevity was moderate eating.

“I eat to live, I don’t live to eat,” Yisrael Kristal, 110, told Israeli publication Haartz. “You don’t need too much. Anything that’s too much isn’t good. … It’s not good to have a full stomach.” Jiroemon Kimura, who died at the age of 116, said eating light is good for long life, according to Japan Times.

Qigong and some other ancient eastern practices have taught slow and gentle movements for a healthy body, as opposed to strenuous and accelerated movement. These practices often also come with guidance on character improvement, including moderation in eating and other aspects of life.

Many doctors agree that a normal level of exercise is beneficial, but intensive training can be hard on the body. Stress has also been shown to decrease the length of telomeres, prematurely aging people.

Dr. Fuhrman said in an email to Epoch Times: “Exercise above a certain level is likely more harmful than helpful. And, that would be the case with triathletes, marathon running and other sports that require extreme conditioning be maintained for many years. The competitive nature of some of the events push the participants toward the limit of human endurance and that cannot be lifespan promoting to maintain those stresses on the body for many years.”

*Image of woman running via Shutterstock