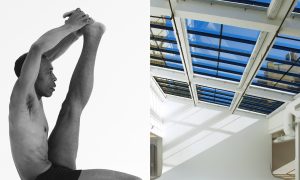 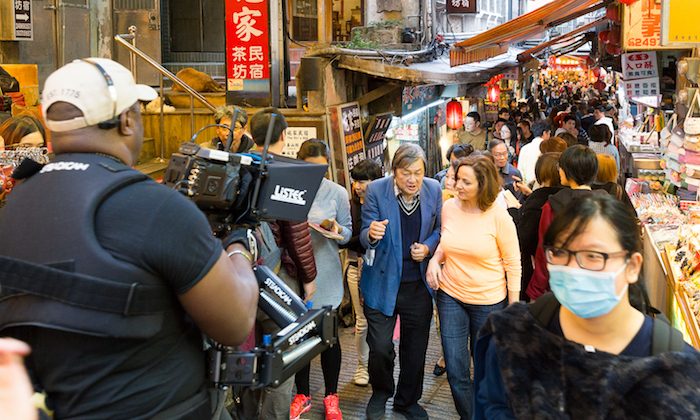 Inspired by Confucius, Chef Chases Chinese Cuisine Around the World

When it came to Chinese cuisine—one rich, diverse, and steeped in 5,000 years of history—Canadian celebrity chef Christine Cushing knew that she knew nothing. That, according to Confucius, made her truly wise.

The ancient philosopher said: “I hear and I forget; I see and I remember; I do and I understand.” And so Cushing set off to understand.

Her journey toward discovering Chinese cuisine around the world is at the center of Lofty Sky Entertainment’s new documentary series “Confucius Was a Foodie.” Season one began airing on American Public Television earlier this month.

Episodes follow Cushing’s travels across North America, Europe, and Asia, from stomping on noodle dough in Taiwan to consulting a Greek doctor of Chinese medicine in Athens, as she traces the cuisine’s ancient roots and chases its far-flung and lasting influence. I asked Cushing about her adventures.

The Epoch Times: You say that this journey started when you discovered that “Confucius was a foodie”—the name of the show. What does that mean?

Christine Cushing: We wanted to come up with a clever and memorable title that really showcases that the show is a crossroads of food, culture, history, ancient Chinese traditions that have lasted for thousands of years—and how they all blend, and how much influence they’ve had on the world.

When we look at Confucius, he did say a lot of things in his teachings about food: to eat seasonally, how to cut things, to not overdo things. That’s the entry point, which then opens the door to all kinds of other discussions.

The Epoch Times: Did you see any overlap between Chinese culture and your Western background?

Ms. Cushing: Definitely, there was overlap. The ancient cultures have given us so much, and the further back you go, the fewer ancient cultures there were. At some point, I always say, it all started with the Chinese and the Greeks.

The philosophy was super fascinating to me. I’m also Greek—I was born in Greece—and through learning about Chinese philosophy and Confucius, I learned so much about Greek philosophy. There was such a parallel between Socrates and Confucius. They actually are quoted as saying the exact same thing: “What I know for sure is I know nothing.” A lot of Greek philosophers used that. It’s fundamental, as that’s how you learn: really knowing you know nothing. That was the mindset that I went into this whole journey with.

The Epoch Times: There are also a lot of foods we think of as being Western that can actually be traced back to China. Were any especially surprising?

Ms. Cushing: Ketchup was a huge one for me. First of all you think, “Tomato? How can that have any connection?” Well, it started as fish sauce, and then it morphed, with everybody who came onboard the train at some point adding something or changing something, and then it spit out in the United States as this sweet, tomato-y sauce.

The Epoch Times: Chinese cuisine is incredibly varied and complex. What surprised you most?

Ms. Cushing: Huaiyang cuisine [from Jiangsu province, around the lower Huai and Yangtze rivers,] was probably the biggest surprise for me. They call that art on a plate. The cuisine is really known for its intricacy, the knife skills, and the complexity of the dishes and banquets. It’s considered a sort of high-end cuisine.

We went to this [Huaiyang] restaurant in San Francisco, and the chef just blew me away. I sat down and he made me 31 different plates. It was nuts. His skills, dexterity, and incredible graciousness—there was something incredible about this man. It was a very magical night that I will probably never forget.

The Epoch Times: What do you hope viewers can take away from watching the show?

Ms. Cushing: Viewers will have a similar experience as me, because you don’t know what you don’t know. It’s this opportunity to be entertained, to learn something new, to see beautiful landscapes, to meet incredible people: young children, 88-year-old philosopher-teachers, somebody’s grandma or mother-in-law who’s teaching me her favorite recipe. Everybody can connect with that, because it’s the story of people. We have so much more in common than we think.

We tend to look at the “other,” for lack of a better word, as something different. But what I found when I traveled there is that the “other” is really just like me. You ask them about their food, you taste their food, and they’re so excited to share it with you. Everybody wants the same thing: They want to connect with people, they want to have a great life with their families, they want to share their customs and traditions and prolong them. And that’s the value of this show for anybody.

The Epoch Times: Is there anything else you’d like to add?

Ms. Cushing: Sometimes in the modern world, we just think, “Oh, those crazy old people, they just did these traditional things, who cares?” Everything is so fast, fast, fast.

Case in point: There are these noodles called jook sing [“bamboo rod”] noodles. They’re Cantonese, from the south. I had never heard about it. I met this man that was making the noodles right in my own city, in Toronto, in this nondescript strip mall. I don’t know who else makes these noodles this way anymore, because he said even back home in China, it’s difficult—these traditions are being lost.

He uses a bamboo stick to knead the dough, and it’s a very interesting method, let’s just put it that way. He shows it to me, and I am killing myself laughing because they totally had me in the dark; I had no idea what I was getting into. I’m not going to tell you what happens, because it is hilarious and so much fun.

But then I tasted these noodles and I said, “Oh my God, I totally get it.” By making these noodles with the bamboo, there is a layering of the dough that creates a much bouncier, much more toothsome texture that you wouldn’t get if you made them by machine. With these ancient traditions, there was a reason why they did it the way they did. Now, everything is a shortcut.

Sometimes you’ve got to look to the past to see where we’re going, because there are reasons why things happened the way they happened. It’s not just random.

“Confucius Was a Foodie” airs on NJTV on Saturdays at 1 p.m. and on NYC Life on Mondays at 7 p.m. Other air times and more information can be found at ConfuciusWasAFoodie.com.

The interview has been edited for clarity and brevity.