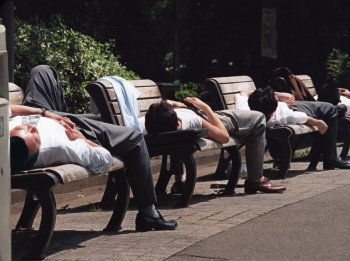 Dietary habits, patterns, and irregularities can contribute significantly to sleep-pattern disruptions. The largest smoking gun in the kitchen is caffeine and related compounds like theobromine (found in chocolate). These ingredients directly interfere with sleep as a result of their stimulatory effects on the central nervous system (CNS).

Meal size and timing can significantly affect sleep. Large meals consumed shortly before bed distend the abdomen, put pressure on the diaphragm, restrict breathing, and lead to discomfort. Going to bed hungry with an empty stomach can cause hunger, trigger low blood sugar, and stomach discomfort. Both over- and under-eating can prevent sleep.

Sleep hygiene: Diet and eating habits should be carefully evaluated in relation to sleep problems. Offending foods must be completely removed from the diet regardless of the time of day when they are consumed. As noted in an earlier segment of this report, even extremely small residues of some chemicals will demonstrate significant biochemical and bioenergetic effects on sleep for many hours or even days later.

Both over- and under-eating should be discouraged. Consuming a small snack shortly before bedtime promotes the coordinated release of neurotransmitters and endorphins, creating a primal sense of well-being, facilitating sleep induction.

The digestive process also contributes through a phenomenon known as an alkaline tide, which is marked by a slight rise in blood pH after eating. This chemical change appears to trigger drowsiness, ease the transition into sleep, and promote longer sleep duration.

Other foods high in the amino acid tyramine (spinach, potatoes, tomatoes, and soft cheeses) delay or retard the evolution of sleep.

Napping shortly after the noontime meal (a traditional practice) not only helps enhance brain function, energy, mood, and productivity. It also helps regulate the sleep-wake cycles, leading to improved nighttime sleep patterns. This nap must be brief—not more than 20 minutes.

Americans and many other fast-paced, modern societies appear to be experiencing an upsurge in gastroesophageal reflux disease (GERD). The act of reclining or sleeping after a light meal does not cause GERD, and the recommendation to avoid sleep after eating does not prevent GERD.

If GERD is present, then it must be specifically addressed with proper techniques to resolve it. Once this is accomplished, through nonpharmacologic means, napping, and presleep snacks can both be achieved without harm.

Those at risk for GERD should avoid overeating and follow essential nonpharmacologic steps to strengthen the lower esophageal sphincter to actively resolve this condition.

This is the sixth of a 10-part series.

Next week: Insomnia and the environment.

Dr. Whitmont is a classical homeopathic physician and internist who practices in New York. His website is HomeopathicMD.com