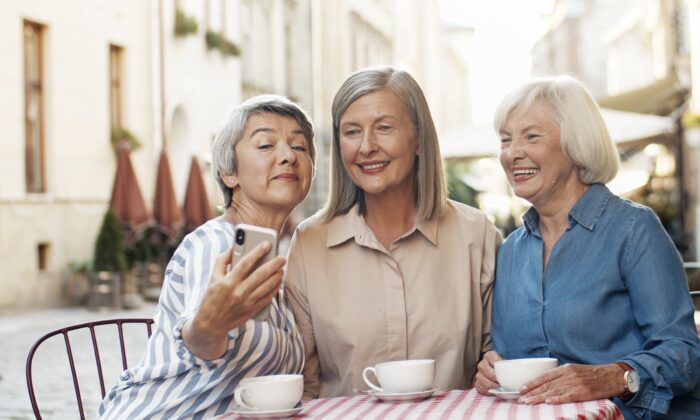 We may think being a good friend means ignoring our friend's faults, but that will deny us the potential to know them more deeply. (M_Agency/Shutterstock)
Mind & Body

Insights on Friendship from Iris Murdoch

Making friends might come easier to some people than others, but in general, we all use the same criteria for forming relationships. We are drawn to people who share our interests, or who we simply like and admire.

Once we make friends, we tend to hold them in high esteem. We speak positively about our friends, sometimes ignoring or downplaying their negative qualities. For many people, this positive outlook is the core of friendship—being a “good” friend is a matter of thinking and feeling positively about them as well as acting in caring ways toward them.

This type of friendship is what I’ll call “knowledge-free.” It involves no requirement to really know or understand the other person. On the flip side, this view of friendship suggests that having negative beliefs about your friends (even if those beliefs are warranted) makes you a worse friend.

As an ethicist who has researched friendship and virtue, this view of friendship just doesn’t seem right to me. It doesn’t capture all of what we want from friendship. I’ve studied the work of British Irish novelist and philosopher Iris Murdoch, and I believe that her writings provide us with a fuller view of friendship.

Murdoch occupied a rare niche in 20th-century philosophy: a woman working in a fairly male-dominated field. She was also a Platonist interested in the reality of “the Good” in an era when such metaphysical theorizing was deeply unpopular. A highly successful novelist, Murdoch’s many books explore the trials and tribulations of intimate relationships.

Much of Murdoch’s philosophical work examines the moral significance of love (which I take to be part of friendship). She regarded love as a central part of our moral life that had been unjustly ignored in the moral philosophy of her era in favor of an endless focus on the function of moral language.

Unlike the view of friendship I described earlier, Murdoch’s conception of love is not “knowledge-free.” Instead, she suggests that understanding the other person is an integral part of love (and therefore of friendship, which plausibly involves love).

“Love is the perception of individuals. … Love … is the discovery of reality,” she wrote in “The Sublime and The Good” in 1959.

“Love is knowledge of the individual,” she added in “The Sovereignty of Good” in 1970.

You can see in these quotes Murdoch’s view that love is knowledge of the other person, or seeing them as they really are. Love involves understanding them as a person, both their positive and negative qualities.

Notably, Murdoch thinks that really knowing or understanding another person is a difficult task: “It is a task to come to see the world as it is.” According to the Freudian psychology Murdoch subscribes to in “The Sovereignty of Good,” humans are prone to “fantasy”—refusing to face the truth because it can damage our fragile egos.

So while we may have a natural, selfish tendency to believe reassuring fantasies about the goodness of other people (especially our friends), true friendship requires us to be patient, kind, and accepting of their negative qualities, too.

Being a good friend to others thus involves what Murdoch calls “loving attention”: regarding them in a patient, caring way, and always trying to do justice to who they really are.

In a Murdochian view of friendship, being a good friend involves knowing or understanding our friends more fully. Think about the way a friendship develops: One might initially know a few facts about a friend’s interests, such as that they enjoy classical music. Over time, a good friend wouldn’t simply know that their friend enjoys classical music, but exactly what kind of music they like, what it is that they like about it, and the importance that it has in their life. This deepening understanding of the other person naturally leads to a more fulfilling friendship.

Murdochian friendship, therefore, rules out the idea that being a good friend requires having positive—but false—beliefs about one’s friends. If friendship involves true knowledge of another person, it can’t require us to have untrue beliefs about them.

How might this relate to the other things we usually expect of friends, such as that they treat us well and help us when we need it? Once we truly, lovingly see and understand another person, the right way to behave toward them will follow naturally. We won’t have to ask ourselves things like, “Should I bother helping my friend who is in need?” because seeing their need will itself compel us to act rightly.

Think about Iris Murdoch the next time a friend of yours does or says something you disagree with. Instead of ignoring their flaw or mistake, try to accept it as part of their whole—it may even strengthen your friendship.

Cathy Mason is a Leverhulme early career fellow in philosophy at the University of Cambridge in the UK. This article was first published on The Conversation.