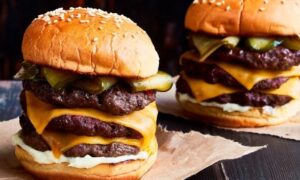 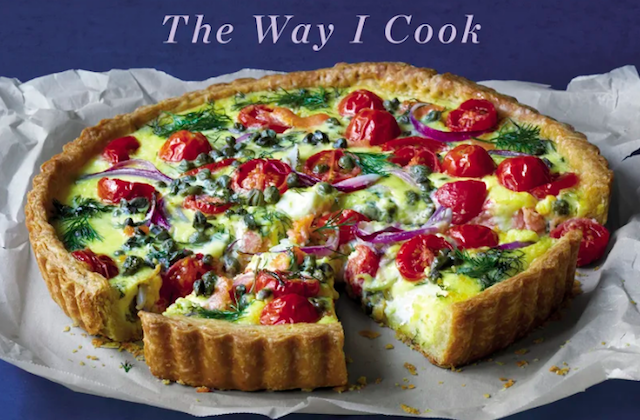 "Everyday Dorie: The Way I Cook" by Dorie Greenspan ($35).
Chefs

In the Kitchen With Dorie Greenspan

In light of the release of her 13th cookbook, the beloved author talks everyday cooking, the power of perseverance, and the perfect, ‘elbows-on-the-table’ meal
By Crystal Shi
biggersmaller
Print

When Dorie Greenspan was 12 years old, she set her parents’ kitchen ablaze.

The story starts with Greenspan and her two friends, a hankering for frozen french fries, and a boiling pot of oil; it ends in a whoosh of “amazing flames,” she recalled, ones that “licked the side of the pot and formed a big teardrop and went up to the cabinets above the stove and the ceiling.”

That was the last time she cooked until she got married, when in college.

Such were the tumultuous beginnings of what would become a celebrated career in food. Greenspan would later go on to work alongside the likes of Julia Child and Pierre Hermé, and become the James Beard Award-winning author of 12 cookbooks—many of which have become cemented as required reading for home bakers and cooks. Her delicious and highly approachable food, and her own irresistible warmth and charm, have won hearts and stomachs alike.

Her newest cookbook, “Everyday Dorie: The Way I Cook,” has just been published.

Greenspan refuses to call herself a chef. She never received formal training, nor worked in a professional kitchen. Nor did she grow up learning to cook at her mother’s side, tiptoeing to reach the counter, as many a charming prodigy-chef story goes.

Her childhood was one of frozen food and TV dinners, with a mother who loved to eat but never cared for cooking. (“You take after your grandmother,” she would later tell Greenspan, shaking her head in wonder. “The gene skipped a generation.”)

In her mother-in-law’s house, though, she saw a glimpse of what she wanted her own home to be.

“That was the image I had in mind when I thought, ‘Okay, now I have my own home. I want people around my table.’

One problem remained: she knew nothing about cooking.

So in those pre-Internet, pre-Google days, she turned to the books: “I had two cookbooks, and off I went.”

Easier said than done. She remembers her first meal as a disaster: a London broil that emerged from the oven “kind of like shoe leather,” accompanied by frozen peas she attempted to heat in a beautiful serving bowl set directly over a gas flame. The bowl, a wedding gift, did not survive.

Nonetheless, “I was undaunted,” Greenspan said. “I just kept going. I wanted to cook.”

She pored over her cookbooks, tried recipes out of magazines, and pestered friends for advice and joint cooking sessions. She took on challenging projects to learn new techniques—“it could be a Wednesday night and I could be making a towering cream puff pyramid,” she said.

And so, through sheer determination and repeated trial and error (or, rather, “error and error,” she corrected with a laugh), Greenspan taught herself to bake and cook.

A student has become a teacher; Greenspan’s own cookbooks now serve as guides and inspiration for countless other home cooks and bakers.

“I’ve met teenagers and college students who are cooking from my books, and that gives me hope for the world, that there’s a new generation of home cooks coming up,” she said.

She writes for them, in hopes of encouraging even more people to get into the kitchen.

In “Everyday Dorie,” she welcomes home cooks into her own kitchen, for a glimpse of what she makes every day: simple and unpretentious food, grounded in common ingredients she always has on hand. Greenspan has demonstrated mastery of the polished and the complex, but these recipes reflect the core of what her personal style of cooking has become: simple, relaxed, and “exceedingly practical.”

But simplicity is by no means boring; rather, it breeds creativity. Greenspan brings to her cooking an easygoing playfulness, one that welcomes spontaneity and delights in little surprises.

That could mean adding walnuts and oats to meatballs, for flavor and fluff, or a touch of Dijon mustard to her trusty gougères for extra zing. Fresh ginger lightens a musky, baba ganoush-esque eggplant spread; tart cranberries do the same for an autumnal pasta dish with cabbage and winter squash.

Many of those signature surprises are born out of spur-of-the-moment hunches, guided by the contents of her fridge. She points to her mish-mash of a beef stew recipe, which starts with French-style red wine-marinated beef but wanders Korean and Italian with its additions of gochujang and gremolata.

“It’s one of those things where I started and realized I had other ingredients that would be terrific in the mix,” she explained.

She wants to encourage home cooks to do the same, to “give people permission to play around with recipes. Most recipes have wiggle room—they have room for you to insert your personality, to make it your recipe.”

Most of all, though, she wants to motivate home cooks to prepare food to share.

“Cooking is an act of generosity, of sharing, of kindness. It’s the food, but it’s also that we’re all together eating that food and sharing our stories,” she said.

Her perfect meal looks something like this: Friends and family gathered around the table, comfy clothes, and easy smiles.

On the table, a glorious spread: toasted homemade bread and “ricotta spoonable,” a put-on-everything mix of fresh ricotta and herbs and olive oil; roasted carrots and spicy-sweet squash wedges, as good at room temperature as they are hot; perhaps a mushroom galette or a platter of tomato-stuffed baked peppers, with roast chicken or scallops swiped with tangy-sweet “lemon goop.”

It’s “pick-at-it, play-with-it food,” she said, meant to be mixed and matched and passed around the table like at a picnic—“but we’re indoors, sitting on comfortable chairs.”

In “Everyday Dorie,” she offers the building blocks for these comfortable, lingering, “elbows-on-the-table” meals. With warmth, generosity, and an abundance of tantalizing recipes, she nudges home cooks to go forth and create their own.