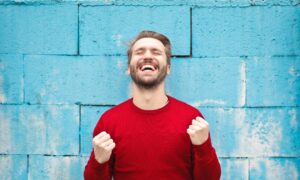 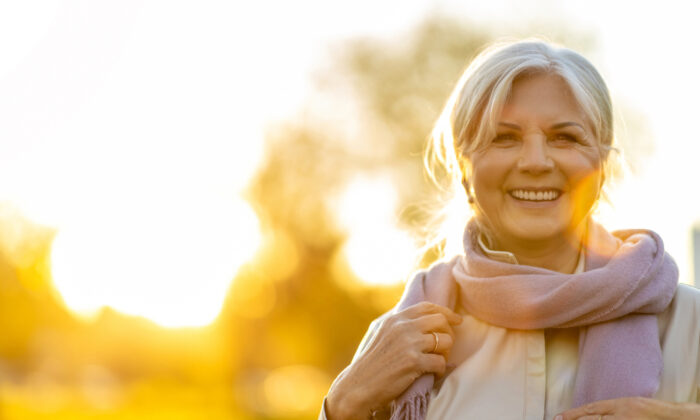 A positive attitude goes a long toward making lemons out of lemonade. (pikselstock/Shutterstock)
Family & Home

‘I’m Doing It’: Resilience and Faith in Our Daily Battles

A few weeks ago, one of my sisters told me that her best friend, whom she’s known for over 50 years, had been diagnosed with breast cancer. This woman, a retired schoolteacher in her mid-60s, is now undergoing various surgeries and chemotherapy. To encourage her, my sister kept saying: “You’re doing it. You’re doing what you have to do.” Her friend adopted those words as her personal mantra—“I’m doing it—” and is fighting hard to get well.

Those who bravely face such a devastating illness rouse in me a tremendous admiration. Over my lifetime, I’ve had a few health scares, but none of them lasted long, and I escaped unscathed. Some of my friends and family members have been less fortunate, and their courage and willpower in the face of these misfortunes are awe-inspiring.

Which brings me to Epoch Times reader Eva H. (whose name has been changed in this article to protect her privacy).

Eva was born in 1958 in Bay City, Michigan, and reports that her father “flew a pink diaper from the TV antenna” to honor the event. In 1980, she graduated from college with a BA in English literature and teaching, and a minor in German. After two years of teaching high school, she earned an MBA and then worked for over 20 years in risk management for a Fortune 100 Company. During that time, she suffered several tragedies: the murder of a good friend and the friend’s young daughter, the death of her husband, and the suicide of another friend.

Then came a catastrophe that would change her life forever.

In 2013, Eva contracted Lyme disease. Unable to continue her corporate work and faced with the danger of death, she entered into 18 months of intense medical treatment.

Though I knew a little about Lyme disease from the experiences of several acquaintances, Eva’s story has made me much more aware of the horrific effects a tick bite can bring to a human being.

For 18 months, Eva underwent an ordeal that I can only imagine. Fatigued and often feverish, she began seeing a specialist in Raleigh, North Carolina, and was at one point taking up to 120 pills of various sorts every day to combat the ravages done by the disease. Though her illness brought not only physical hardships but enormous emotional distress as well, she declined to join a support group for Lyme disease mental therapy, unwilling, she said, to center her existence on her sickness. Even when she collapsed on a sidewalk while walking her dog Murphy, having as she put it “a boohoo moment,” she fought back against despair or surrender.

And eventually Eva won out. She beat her Lyme disease. In 2016, she earned a master’s in clinical psychology. Today she lives in a small town on Florida’s Gulf Coast, where she operates a private counseling service and is studying for her doctorate.

During our email exchanges and telephone calls, Eva told me she had once compiled a list of 12 tragedies that had befallen her over her lifetime. Lyme disease ranked only No. 9 on that list in importance.

Given her ferocious battle with this illness, that ranking speaks volumes both about difficulties Eva has faced and her abilities to cope with hardship.

So what, I wondered, helped her through this ordeal? What sword and shield did she bring to this fight?

In our email exchanges, Eva wrote the following:

“First, I think we missed a key word that is very important in surviving tough times, resilience. Resilience is a major topic in psychological study these days, and I have been blessed with a huge amount of it. Yet desirable and helpful as this nebulous quality is, it is difficult to know how resilience is formed or strengthened. The article from Psychology Today titled “Resilience” [bit.ly/3t2kJ8K] is one I share with clients and reveals some recent thoughts on the topic. Especially important is the concept of post-traumatic growth, which I believe is critical to instilling hope in clients who are going through tough times.”

In her own case, Eva clearly practices resilience, finding a new pathway in life as she became well again.

Eva also stresses the importance of her faith in her various struggles, and marvels at the absence of faith in the realm of psychology and counseling. She writes: “It is strange and disappointing to me that most studies of resilience do not mention faith. Faith can provide the strongest foundation for both resilience and hope. Yet in most academic or scientific writing these days, faith plays no part and is considered inappropriate for intellectual discussion.”

In her work as a therapist, Eva sees firsthand the effects when the foundation of faith has crumbled or gone missing altogether, especially in our young people. In the same email, she wrote:

“A tangent, but a topic that bothers me about our current pop culture (pop culture, my favorite oxymoron): there is a void in many peoples’ lives where faith used to live. I find this especially in the young, my under-40 clients. Many have been raised outside of any kind of faith tradition. Many have never even seen a Bible. What do they lean on? My youngest clients 18 to 30 are incredibly worldly, having grown up with the Internet and access to information that we could not even imagine at that age.

“And yet they are completely foundationless. Many are like seven-year-olds driving Maseratis, and they swerve and crash all over the place. I talk with my younger clients about finding their purpose in life, and I do talk about a ‘greater power’ and exploring their faith. But most clinicians do not have faith conversations with their clients, unless they are operating strictly in a religious organization.”

Though her Lyme disease brought months of suffering, Eva credits it with a tremendous positive change in her career and life. Forced to leave the corporate world, she told me: “Lyme facilitated me into getting into a profession of loving and giving. So in one sense, it was kind of lucky or a blessing. It took me to a place that’s much more aligned to my purpose in life.”

True enough. But when we find ourselves at such a crossroads, some of us would be tempted to sit down on that gray pavement and give way to despair. Not Eva. To employ an old aphorism, she took the lemons of life and squeezed out some lemonade.

As we exchanged emails and spoke together by phone, I realized once again how much of our ability to make that lemonade stems from a positive attitude. In Eva I found a woman of high character and a zest for life who has overcome many challenges, who has in spite of everything kept a lively sense of humor (we spent a good part of our conversation laughing together), who listens well, and who is a fighter.

To illustrate these points and to catch a glimpse of her personality, look at what she wrote in one of her emails when I asked if all was well in her life:

“On a brighter note, I am quite well for a feisty, moderately old gal fighting time and gravity as best she can. I had an assignment the other week that started, ‘Read the Book of Luke …’ My first reaction was that I usually only delve into major sections of the Book of Luke at Christmas and Easter. My second reaction was that perhaps it was time for a new Bible, as I discovered something called ‘Comfort Print.’ I thought that was a hilarious euphemism. But, my oh my, that large font is a delight to the eyes!”

At one point during our phone conversation, Eva mentioned the impact of a speech given by basketball coach Jim Valvano when he was dying from cancer. Like my sister’s friend, who describes her “I’m doing it” as her daily mantra, Eva told me that Valvano’s speech had become her mantra during her illness. I looked this speech up online, listened to part of it, and then read the full transcript posted on Sports Illustrated. Near the end, Valvano has these words for his listeners:

“I just got one last thing; I urge all of you, all of you, to enjoy your life, the precious moments you have. To spend each day with some laughter and some thought, to get your emotions going. To be enthusiastic every day … to keep your dreams alive in spite of problems whatever you have. The ability to be able to work hard for your dreams to come true, to become a reality.”

Enthusiasm, laughter, thoughtfulness, dreams, and hard work all describe Eva H., a woman whose courage and love for life are worthy of admiration and emulation.