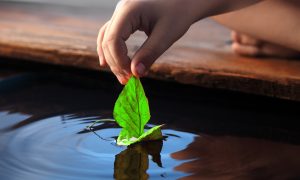 Wise Habits: A Guide to Letting Go of the Past
0
Share Now
TelegramFacebookTweetEmailTellMeWeReddit
Copy Link 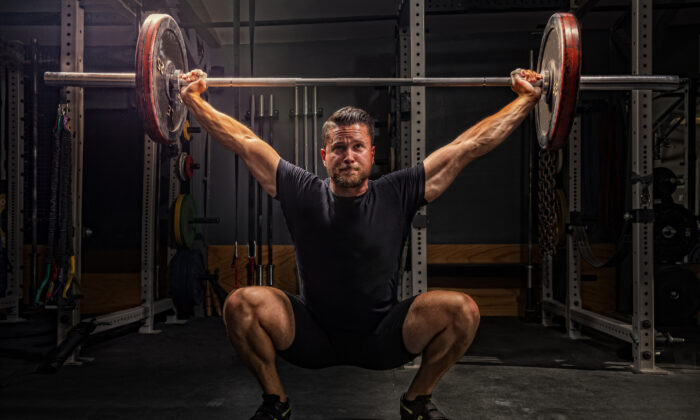 ‘I Think I Can’: The Importance of Self-Discipline, Habit, and Perseverance

Self-discipline, which walks hand-in-hand with perseverance, is a key ingredient in the formula leading to success and happiness.

In his book “A Guide to the Good Life: The Ancient Art of Stoic Joy,” William B. Irvine again and again examines the advantages bestowed by self-control. His chapter titled “Self-Denial” addresses the benefits the ancient Stoics found in denying themselves certain pleasures—for example, abstaining from eating rich foods in favor of more common fare and finding rewards in that act of denial.

“Water, barley-meal, and crusts of barley-bread,” Seneca tells us, “are not a cheerful diet, yet it is the highest kind of pleasure to be able to derive pleasure from this sort of food.”

Unfortunately, ours is more an age of self-gratification than of self-denial. We see running shoes in a store at the mall, decide we absolutely must have them though three other pairs are collecting dust in our closet, and out comes the credit card. We’re trying to cut down on our alcohol intake, but it’s been a rough week at work, and we tell ourselves we deserve this 12-pack of Heineken. We are determined to lose 10 pounds before our upcoming beach vacation, but that Hot-And-Ready pepperoni pizza from Little Caesar’s proves irresistible.

Like Scarlett O’Hara in “Gone With The Wind,” we blithely tell ourselves, “Tomorrow is another day.” And like Lord Darlington in Oscar Wilde’s play “Lady Windermere’s Fan,” we find that we can “resist everything except temptation.”

Of course, plenty of people do practice self-discipline, foregoing immediate pleasures in hopes of future rewards. A 60-year-old couch potato looks in the mirror, doesn’t like what he sees, joins a gym, and exercises there six days a week for the next year. A married father of two little girls leaves the house at dawn every working day to build houses and provide for his family. A college kid fends off pressure to join his buddies for a Friday night of drinking at the local tavern to instead study for his chemistry test on Monday. He might find, as Seneca said, “pleasure from this sort of food.”

That college student is exercising another component of self-discipline: delayed gratification. He’s looking at the big picture rather than the here and now, hopeful that his battle with the books will bring him a degree and a satisfying job. I once knew a man who saved up his money to buy a car rather than purchasing it on credit. He didn’t want to pay interest, he figured offering a cash payment in full allowed him more room for dickering with sales personnel, and he was willing to postpone his pleasure of ownership to achieve these goals.

Another key component to the machinery of self-discipline, restraint, and delayed gratification is perseverance.

Sometimes, when we pursue a goal, we may feel as if we’re trudging through a pond of wet cement. Each day becomes an ordeal of inching forward, a trial of effort that can often seem pointless and futile.

When my wife and I owned a bed-and-breakfast and bookstore in the Smokies, there were days, even months, that brought disappointing revenues, costly repairs, and unexpected personal expenses. Many other small-business owners have undergone similar hard times. This daily grind can lead to despair and surrender.

The same holds true in other endeavors great and small. The man who gives up smoking cigarettes knows he must not only get past the first day or even the first week without tobacco, but that he must persist until the habit is broken. The graduate student who also works a full-time job must discipline herself to write papers and take tests after her hours at the office, and possess the stamina and grit to hold fast until she attains her degree.

Our trek may be long and tough, and only those travelers who stay on the path and keep pushing ahead will finish the journey.

Plato once wrote, “The first and greatest victory is to conquer yourself.”

And one powerful tool we can employ to make that conquest a success is habit.

It’s unlikely that the wealthy entrepreneur who attributes part of his success to rising before dawn followed that schedule his entire life. At some point, he realized the value of exchanging sleep for the solitude of those early morning hours, and by an act of self-discipline, roused himself from his bed to work and think while others slept.

In a similar way, the young mother who rises before the rest of the family for prayer and meditation is denying herself extra sleep because she recognizes the benefits of that solitary time.

When an act of self-discipline becomes a habit—making those trips to the gym, fasting two days a week, cleaning the kitchen on a daily basis—then habit in many ways replaces the need for self-discipline. We no longer have to force ourselves to perform some conscious and often painful task. We simply do it as a part of our daily routine.

Though the following quote is often misattributed to Aristotle, it is actually taken from Will Durant’s “The Story of Philosophy”: “We are what we repeatedly do. Excellence, then, is not an act, but a habit.”

To develop a new habit, a beneficial habit, requires self-discipline and perseverance, and some carefully considered strategies.

We should also recognize that in improving our self-discipline we are both teacher and student. After all, discipline is derived from the Latin, which meant among other things “student.” When we impose restraint, we may feel as if we’ve become a battleground between desire and will. It helps if we transform that battleground into a classroom, teaching ourselves the value of restraint and self-denial.

Beginning small can also help us find success. If you decide you want to lose weight, then set a reasonable goal of pounds lost per week and slowly cut out certain foods from your diet. If you want a more productive workday, set yourself a goal of checking your email hourly instead of every 15 minutes.

Expect failures and setbacks, and use your self-discipline to get you back on the right path. “Fall down seven times, get up eight,” runs an old Japanese proverb, and self-discipline is a key ingredient for getting to our feet again. Many entrepreneurs have gone broke only to come back and succeed. My friend John, who lives these days by playing the stock market, loses all the time, but he also wins because he stays in the game and keeps playing.

When we practice self-discipline, when we conquer ourselves, an irony comes into play: that conquest of self makes us stronger. We’re like bodybuilders at a gym; we start with the small weights and, over the ensuing months, take on heavier loads.

Our small acts of controlling ourselves—leaving the mint chocolate chip ice cream in the grocery store freezer, weeding the garden when we’d rather be watching television, forcing ourselves to clean out a closet—eventually enable us to achieve greater goals through the exercise of self-discipline.