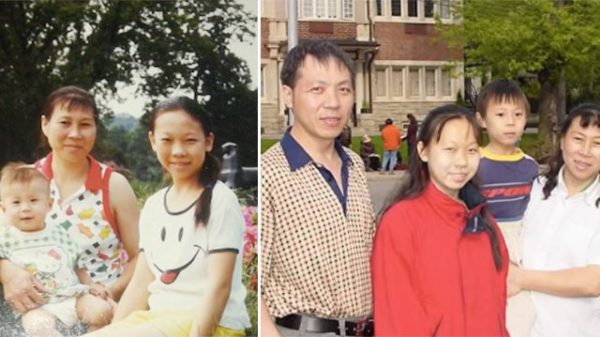 I lived on the brink of death for decades, and then everything changed.
Mind & Body

I Lived on the Brink of Death for Decades, and Then Everything Changed

Suicide seemed the only answer to this ailing mother until one fateful day a miracle began
BY Fengying Mao
TIMEApril 4, 2019

Before moving overseas and relocating to Toronto in 1997, I was a nurse in China, yet also a patient—I suffered endlessly from devastating illnesses. This is the story of my medical miracle: from living on the brink of death for nearly 20 years to getting a second chance at life.

If you’ve never suffered from a long-term chronic disease, it can be difficult to understand the soul-crushing suffering that is involved.

For 18 years I suffered from hepatitis C—known by doctors as one of the most difficult illnesses to cure. My body felt like a cage and my life was reduced to hospital visits, taking medication, searching endlessly for cures and specialists and fantasizing of a way to alleviate my symptoms.

Sometimes I was hospitalized for up to six months, but despite being treated by China’s most renowned doctors, they could only manage the symptoms and couldn’t control the disease. Desperate, I added every alternative method I could find—qigong, traditional Chinese medicine, herbal remedies, praying to Buddha, and on and on. Nothing worked.

Every day I could expect to feel constant pain in my liver and spleen as my liver turned to scar tissue from cirrhosis. This caused abdominal swelling that made it look like I was several months’ pregnant; even wearing a belt was excruciating. I also experienced crippling nausea, extreme fatigue, depression, bleeding gums, and endless other symptoms. Not only did the old diseases get worse, but new ones also developed: atrophic gastritis, pyelitis, nephritis, and low blood pressure. My body was extremely weak and my legs were swollen and heavy. Walking up the stairs to my apartment felt like climbing a mountain. To add to the agony, my daughter, who was diagnosed with hepatitis from birth, was also diagnosed with liver cirrhosis by the age of six. Watching her suffer was unbearable.

I worked as a surgical nurse in China, and had easy access to medication and saw some of the best doctors in the country. We tried every conceivable treatment and exhausted all options, yet my illness could not be brought under control. I had worked on and off as I could manage but by 1996 I was forced to quit my job permanently due to my failing health. Since I had some medical knowledge, I knew that my situation was critical. One day I drew up the courage to ask my doctor how long he thought I would live. He looked at me with pain in his eyes and said softly, “I think at least one more year.”

Despite being in my early 30s, I appeared thin and frail and could easily be mistaken for someone twice my age. Due to my advanced illness, my father, already in his 80s, was forced to care for my daughter and I when my husband went to study in the United States. Overwhelmed by pain, loneliness, and depression, I was so miserable that I couldn’t control my temper, lashing out at everyone around me. Even though my father and daughter were also in poor health, I often screamed at them and beat my child. I had truly lost control. Sometimes I stared at myself in the mirror, thinking, ‘who have I become?’

One afternoon, as I struggled to endure the pain in my body, I had the thought to jump out the window of my fourth-floor apartment. I could end it all right now, I thought. No more pain, no more hospitals, no more loneliness. Then I looked over at my father and daughter sitting on the couch. They looked so pitiful, how could I abandon them? Tears streamed down my face as I contemplated my life—how could I have ended up here? I cursed God for my misfortune, and for forcing me to live on the brink of death. My hopelessness felt like a pitch-black well that I constantly tried to crawl out of.

The surprising part was that through almost two decades of pain, tears, and heartbreak deep down I still had a sense of cherishing life. I desperately wanted to watch my daughter grow up with my beloved husband by my side. My heart ached for a resolution so that I could finish my life’s to-do list: go back to my fulfilling career, move overseas to be with my husband, and care for my father and child like nature intended.

July 22, 1996, is a day I will never forget—a day that my fate changed. That morning, I happened to run into an elderly lady who used to live in my neighborhood. Her eyes filled with pity and compassion as she looked at me—broken, frail and in pain. She told me about how she too had suffered from chronic illnesses but when she started a new qigong practice called Falun Gong, also know as Falun Dafa, her diseases—cholecystitis and hepatitis B—disappeared.

I had tried other forms of qigong in the past, and they did nothing to help me. I didn’t believe in qigong but I was desperate, and curious about how this woman had overcome all her health problems, so I decided to give it a try. After all, I didn’t have anything to lose and the practice was taught for free.

At six o’clock the next morning I went to a local Falun Gong practice site with my 9-year-old daughter. We learned the exercises and borrowed the book “Zhuan Falun,” which describes the philosophy of the practice.

I found the book very interesting—it answered so many of the questions I had: the root causes of illness, the connection between body and mind, and how to elevate the body physically by elevating your character.

Over the next few days, I continued going to the practice site and reading Zhuan Falun and completely forgot about curing my illnesses. Yet, every day my symptoms improved. I was able to stop taking my medications yet I felt better and better. I felt light when I walked, it was easy to climb the stairs. My mood completely transformed. The relief and excitement I felt are hard to describe. It was like being placed in a brand new body.

One month later my daughter and I had a general physical exam. The results were beyond my wildest dreams: all the abnormalities in my body had returned to normal. My daughter also got a clean bill of health. The illnesses that had held me hostage for 18 years were gone in a matter of weeks. My doctor was shocked and didn’t know what to say. Having no medical explanation, and afraid to acknowledge the medical miracle, he left the room and didn’t come back.

As it turned out, my physical changes were just the start of my change in fortune. Now that I was healthy, I could join my husband in the United States and raise our daughter in a free country. Seeing my dramatic change, my husband started practicing Falun Gong as well.

I felt like the most fortunate woman in the world, and then I received the most incredible news yet—I found out I was pregnant. Due to my previous illnesses, I hadn’t had a menstrual period for years and it was impossible for someone with my condition to conceive. Yet now, my body was so strong and healthy that I delivered a beautiful baby boy in 1997. When they got the news, all my relatives in China found it too incredible. Even now, they think I must have adopted my son.

If I hadn’t experienced all of this myself, I would have found it hard to believe. Yet there is no other way for me to explain the dramatic changes in my body after practicing Falun Gong. I feel so grateful for the second chance at life. 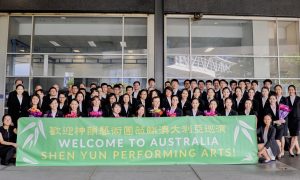 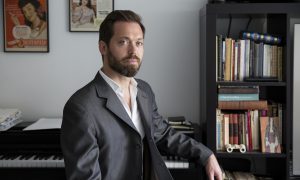 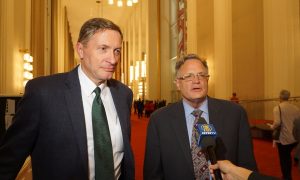 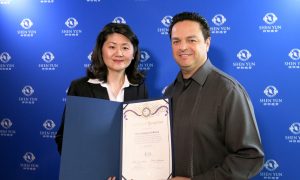