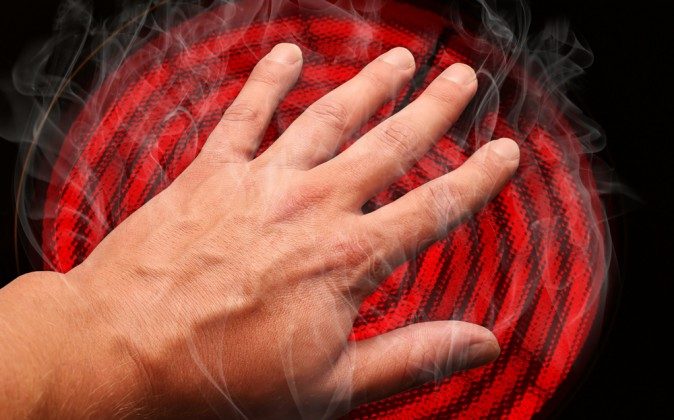 ‘I Feel Your Pain’: Measuring the Unmeasurable

Humans seem to experience pain, whether acute or persistent, in a unique way. As a species, we have evolved from having very simple damage-sensing mechanisms (which we share in many details with molluscs) to develop early warning systems that react not only to the threat of physical harm but to social and emotional harm.

Pain-related behaviour such as limping on a sore foot or shaking a hand which has just been injured is remarkably consistent between cultures. A Kalahari bushman could observe the behaviour of a suburban Australian and instinctively understand the severity and probably the location of the sort of pain they were in.

Melbourne neuroscientist Dr Melita Giumarra has been studying the phenomenon of “somatic contagion”. Her work has shared fascinating new light on the relationship between our sense of embodiment, our empathy with others and our experience of pain.

Her initial research was prompted by the observation that many amputees who suffer from phantom limb pain will experience a worsening in their pain if they observe another person who appears to be in pain. She went on to examine whether pain can be socially contagious.

Not only has she demonstrated that we can generally easily empathise with observed pain behaviour, but she has gone one step further to theorise that in some cases, pain can be experienced due to a top-down process of expectation.

In the lab, she has been able to produce the experience of embodiment of a fake hand with a wound on it by using the “rubber hand illusion”. Many subjects began to feel pain in their own hand (which was hidden from their sight) consistent with the injury on the fake hand.

While the issue of whether someone else’s pain is an essentially unknowable experience has been debated philosophically, there is at least some neuroscience which suggests there is a sound basis for saying sympathetically, “I feel your pain”.

Apart from simply observing behaviour, we rely on verbal descriptions and our own previous experience to add richness to our understanding of another person’s pain experience. In English, language related to pain generally has a negative connotation. This is likely because the word “pain” itself derives from the Latin word poena . This word also gave us “punishment” and “penalty”.

The diagnosis of neuropathic pain depends heavily on a description of the pain “burning”, “tingling” or being “electrical”, as these words seem to be used consistently in every language so far studied to describe pain following a nerve injury. Many of the measurement tools in everyday use rely on verbal descriptions to differentiate pains that correspond to specific diagnoses. There is even current research linking verbal descriptions of pain to the molecular mechanisms that cause it.

Non-humans can show placebo analgesic responses under similar circumstances to humans. Given they share so many of the basic neurological mechanisms with us, it’s hardly surprising they can also have these pathways activated by social or psychological conditioning.

Veterinarians or laboratory researchers have to base pain measurements in animals on observable behaviours such as vocalisations, tail flicking or withdrawal of a paw from pressure or heat sensations.

Humans have a far greater emotional and cognitive capacity which adds layers to our placebo analgesic response. Pain researchers such as Edgar Adrian quoted above have long acknowledged the difficulty in translating basic mechanisms into lived experiences but we are getting closer all the time.

It’s worth noting that trying to separate the placebo, or context effect, of a treatment from the pharmacological or biomechanical effect is only really necessary in a research setting.

Since pain is a multidimensional, private experience, it may seem futile to try to measure it. But it’s important to try. Since pain, in its everyday form, is a measure of injury, it can be a useful proxy for whether a condition is getting better or worse. Simple instructions such as “see your doctor if pain persists” rely on this relationship.

At a higher level, measuring pain as the “fifth vital sign” has become an important part of routine clinical practice in many hospitals. Attention to relief of acute pain improves both patient satisfaction and health outcomes.

Even in persistent pain situations, where patterns of daily pain are idiosyncratic and may be completely unrelated to any damage or injury, serial monitoring of simple pain measures can help with self–management strategies and with assessing responses to treatment attempts.

We can’t escape having to try to measure or quantify enough aspects of a person’s pain experience to be meaningful in the real world.

Michael Vagg does not work for, consult to, own shares in or receive funding from any company or organisation that would benefit from this article, and has no relevant affiliations. This article was originally published on The Conversation. Read the original article.

*Images of “hand“, “dog” and “child” via Shutterstock