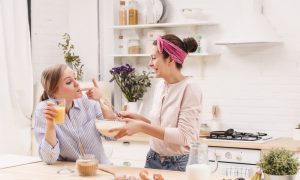 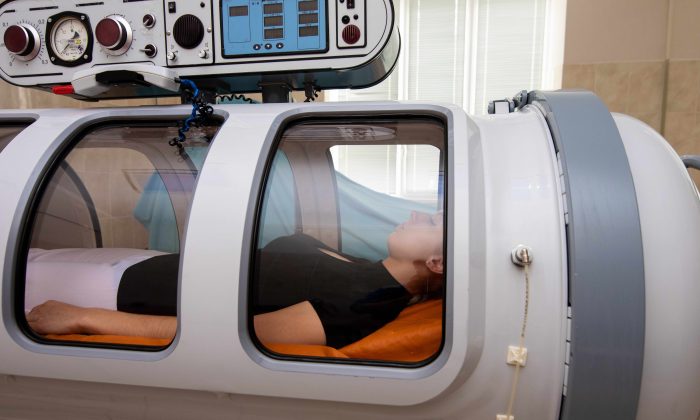 Hyperbaric oxygen therapy can be effective for several health conditions, but beware of those who oversell the treatment as a cure-all. In some cases it can do more harm than good. (Nakleyka/Shuttertock)
Lifestyle

Our bodies need oxygen to function. When we breathe, it’s brought into our lungs and transported by our red blood cells to our bodies. It’s then used to produce energy and sustain life.

Researchers discovered that exposure to pure oxygen, at levels much higher than what we are exposed to regularly, can help to treat chronic wounds and infections, decompression sickness, carbon monoxide poisoning, and other serious conditions.

Hyperbaric oxygen therapy (HBOT) involves supplying the body’s blood and tissues with pure oxygen in order to promote healing. Hyperbaric medicine was first used in the 1600s, when patients went into airtight chambers that could be compressed and decompressed. In the United States, HBOT was used in the early 20th century to treat the flu and then again in the 1940s to treat decompression sickness among Navy deep sea divers (aka, “the bends”).

Today, hyperbaric oxygen therapy has been deemed effective for several health conditions and serves as a noninvasive adjunctive treatment. But the FDA warns us that it’s not useful for every condition under the sun—as some online sources may lead you to believe. And when hyperbaric oxygen therapy isn’t used properly, for the appropriate conditions, it may actually do more harm than good.

What Is a Hyperbaric Chamber?

A hyperbaric chamber is a pressurized tube or room that provides pure oxygen in air pressure levels that are up to three times higher than average.

As you sit or lie in the chamber, you breathe in pure oxygen so that it enters your blood and travels throughout your body, allowing for tissue repair and the restoration of normal body function.

What Is Hyperbaric Oxygen Therapy?

Hyperbaric oxygen therapy involves increasing your exposure to pure oxygen in a pressurized room or tube. When you breathe inside the hyperbaric chamber, your lungs are able to gather up to three times more oxygen than they would normally, allowing the oxygen to enter your blood and promote healing.

Technically speaking, the efficacy of hyperbaric oxygen therapy is due to the physical relationships between gas concentration, volume, and pressure. When we breathe in 100 percent oxygen at atmospheric pressures of up to three times our regular atmosphere, this works to raise the amount of oxygen in our blood and tissue. The increased oxygen is then able to combat infections, reduce inflammation and swelling, increase collagen deposition, and stimulate angiogenesis, or the formation of new blood vessels.

Hyperbaric oxygen therapy has been approved for the treatment of the following conditions:

Decompression sickness is a condition that sometimes occurs in deep sea divers, mountain climbers, or people who work at very high or low altitudes. The condition is caused by bubbles of nitrogen and other gases forming in the bloodstream, leading to severe joint pain, dizziness, and shortness of breath.

Hyperbaric oxygen therapy is used to reduce bubbles in the bloodstream and fill the tissues with oxygen. Research shows that HBOT is recommended for most decompression sickness cases until the patient is stable.

It works to restore the bacteria-killing abilities of white blood cells in wounds by increasing tissue oxygen tensions, and studies show that it even works synergistically with a number of antibiotics.

Hyperbaric oxygen therapy is sometimes used for the treatment of chronic wounds because it works to improve oxygenation and promote the formation of new blood vessels. Hyperbaric oxygen therapy can also help to decrease inflammation in chronic wounds and decrease the likelihood of negative events, such as amputation, according to research published in Advances in Skin and Wound Care.

Hyperbaric oxygen therapy is most often used to treat wounds caused by diabetes, such as those to the lower extremities, and wounds from radiation therapy. It’s also used to treat complex wounds like leg ulcers, ischemic wounds as a result of blocked blood flow, radiation wounds, and surgical wounds.

Hyperbaric oxygen therapy has shown to improve neurological functions and quality of life for people who are recovering from incidents such as stroke and traumatic brain injury. It is also used to improve the symptoms of some neurodegenerative diseases, including Alzheimer’s, though some experts, including the Mayo Clinic, warn that more evidence is needed.

Nonetheless, recent research published in Neural Regeneration Research suggests that hyperbaric oxygen therapy may be useful in the treatment of Alzheimer’s disease. Researchers found that HBOT reduced hypoxia and neuroinflammation, and improved behavioral tasks in mice.

How to Find, Use Hyperbaric Oxygen Therapy

To receive hyperbaric oxygen therapy, you’ll likely visit an outpatient center that has single chambers or multi-person chambers. Chambers made for one person is typically a clear plastic tube. The patient will lie on a table that then slides into the tube. For multi-person chambers, patients typically sit in provided seats and wear a mask that’s hooked up to an oxygen machine. Some chambers even allow patients to listen to music or watch TV as they undergo treatment.

A hyperbaric oxygen therapy session can last anywhere from 30 minutes to two hours. And the number of sessions a patient must undergo depends on his or her condition. For the treatment of chronic wounds, 20 to 40 HBOT sessions may be necessary.

Talk to your health care professional about the possibility of using hyperbaric oxygen therapy for your specific condition. If he or she deems it appropriate, your doctor should be able to recommend an outpatient facility that offers this type of therapy. Hyperbaric oxygen therapy is approved by most major health insurance companies when it’s approved for your particular condition. One HBOT session costs about $350, but this depends on the location, and you can expect to pay a copay for each session.

If you are looking to undergo hyperbaric oxygen therapy at home, there are companies that supply portable hyperbaric chambers. It’s important to speak to your health care provider about this option and make sure that the portable chamber is safe and regulated.

Potential Risks and Side Effects

When HBOT is used for conditions that have been deemed appropriate by the FDA, it is usually well tolerated with few side effects. However, some patients using hyperbaric oxygen therapy may experience mild side effects such as sinus pain, ear pressure, and painful joints.

Some patients experience claustrophobia when they’re inside the hyperbaric chambers and people with diabetes may experience a drop in blood sugar during treatment, so they should eat before entering the chamber and monitor their blood glucose levels.

More serious hyperbaric oxygen therapy side effects include difficulty breathing, seizures, paralysis, and air embolism, which is when air bubbles enter a vein or artery. Although it’s rare, hyperbaric chambers can be dangerous because they increase the risk of fire, which is due to the chamber’s oxygen-rich environment. But generally, a chamber is a safe environment when it’s handled by a professional with appropriate training.

According to the FDA, “Hyperbaric oxygen therapy has not been proven to be the kind of universal treatment it has been touted to be on some internet sites. FDA is concerned that some claims made by treatment centers using HBOT may give consumers a wrong impression that could ultimately endanger their health.”

The FDA is concerned that patients may be led to believe that hyperbaric oxygen therapy is safe and effective for serious medical conditions and they may choose to delay or forgo proven medical therapies, thereby worsening their existing conditions.

Christine Ruggeri is a writer and nutrition counselor based in Northport, New York. She received her health coach certification from the Institute for Integrative Nutrition. This article was first published on Dr.Axe.com