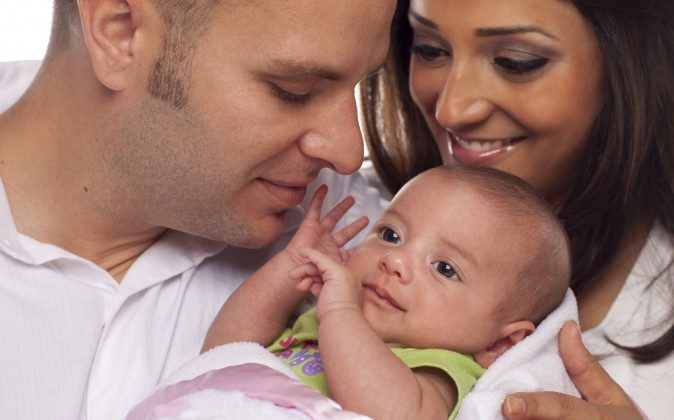 How Your Parents’ Diet Before Your Birth Impacts Your Health

Chromosomes and genes contain the blueprint for your physical characteristics. But your parents’ health and diet before you were conceived can also affect how your genes are expressed – and impact your long-term health.

There’s a good explanation for this.

What’s known as the “periconception period” covers the final stages of egg and sperm growth, fertilisation and embryo development before implantation into the uterus. During this time, the overall health of the egg, sperm and embryos are highly susceptible to changes in the environment.

The Impact of Under-Nutrition

A recent study published in Nature Communications provides a good illustration of how this works. It described how mothers’ seasonal dietary changes prior to conception affected epigenetic changes in their children.

The study was done in rural Gambia, where there are two distinct seasons – the rainy “hungry season” (low nutrition, protein and energy diets) and the dry “harvest season” (abundant energy supply).

Under-nutrition prior to conception and increased rates of low birth-weight babies are also prevalent in India, where pregnant women are three times more likely to deliver small babies compared to other countries. But these babies are classed as “thin-fat” because while they have lower birth weights, they have similar amounts of fat (from skin-fold tests) as Western babies.

These children are at higher risk of developing insulin resistance (Type 2 diabetes) and other health problems as adults.

Your parents’ health before conception can also affect your weight as an adult. A study in mice, for instance, has shown that when two-cell embryos from diabetic mothers are transferred into mothers without diabetes, development is still negatively affected. These embryos have higher rates of congenital and growth abnormalities compared to offspring from mothers with normal glucose levels.

In terms of fathers’ roles, obese mice that were fed high-fat diets before conception had children and grandchildren with increased fat levels.

But if DNA itself is not being altered, how are these changes being inherited? During the periconception period, egg and sperm DNA undergo changes in their structure, namely epigenetics modifications, that are highly sensitive to environmental changes.

Epigenetic modifications alter the way genes are expressed without changing the DNA sequence. It’s similar to wrapping a present in a parcel. If you use tissue paper and sticky tape, it will be easier to access than if it is wrapped in gaffer tape.

Epigenetic modifications, like the wrapping of a present, change access to genes. They act as an on/off switch without altering the DNA sequence.

In general terms, the main epigenetic modifications are DNA methylation (where methyl is added to certain spots) and modifications in the histone (changes to the scaffolding through which DNA is stored). Such modifications are stable in normal cells, but following fertilisation, a mother’s health can dramatically affect the methylation and histone state of the embryo.

Both methylation and histone modifications are affected by diet, environmental chemicals, drugs and ageing. And when they’re induced by poor diet, these changes can have multi-generational effects (as shown in the study of mice on high-fat diets).

The link between macronutrient (the types of food we need in large amounts such as protein, fat and carbohydrates) intake prior to conception and the health outcomes of babies is well known. But the impact of poor diet before pregnancy in both mothers and fathers is becoming increasingly important as we learn more about its impact on development and subsequent health.

If you’re planning to start a family soon, remember the long-term health of your child (and potentially your grandchildren) is set before conception and make sure you’re eating a well-balanced diet.

Melanie McDowall receives funding from the Australian Research Council Centre of Excellence for Nanoscale BioPhotonics (CNBP). This article was originally published on The Conversation. Read the original article.

*Image of “family” via Shutterstock