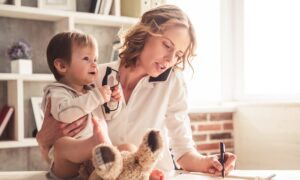 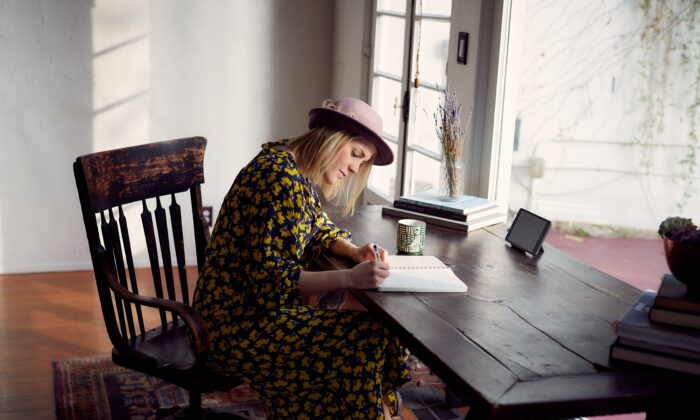 Becoming mindful of our self perceptions is critical to honoring who we are, rather than always evaluating ourselves by how others see us. (Darius Bashar/Unsplash)
Mind & Body

How We, as Women, Give Away Our Power

Nancy Colier
Nancy Colier is a psychotherapist, interfaith minister, public speaker, workshop leader, and author of "Can't Stop Thinking: How to Let Go of Anxiety and Free Yourself from Obsessive Rumination" and “The Power of Off: The Mindful Way to Stay Sane in a Virtual World.” For more information, visit NancyColier.com
View profile
Follow
biggersmaller
Print

Gwen was a working comedian when I first met her. She wasn’t famous yet, but it seemed that she was on her way there. I had never met an artist who pushed herself so hard. No matter how tired she was, she showed up at every audition and never said no to any possible opportunity. For her, that just might be the one that would launch her. When Gwen wasn’t auditioning, networking, or exercising (to keep herself camera-ready), she was writing material, making videos, and submitting them. And when she wasn’t doing that, she was waitressing and bartending to pay rent on her tiny studio apartment in a bad neighborhood.

Gwen was tough on herself, too. If she ever wanted to take a day off or just skip an exercise class, she would attack herself: “How do you expect to get there if you’re not willing to do everything it takes? You’ll get a day off when you make it.”

In her mind, unless she chased every carrot, no matter what it did to her in the process, she would never make it to the top. And worse, she would blame herself for not being willing to do what it took to get there. But living this way was difficult and painful; Gwen wasn’t only utterly exhausted and overwhelmed with shoulds, but also suffering at the hands of her own internal critic.

After a decade of pushing, her career had stayed at basically the same level. And yet, her level of exhaustion and suffering had gotten far worse. Ten years of never saying no had left her weary and bordering on bitter. And deeply disappointed. The story she had always told herself, that her time would come, was wearing thin and feeling less believable. Most importantly, she was growing tired of the life she was actually living—her real one, not the imaginary one that would happen when she was famous.

With a lot of hard work and tears, Gwen was finally able to admit to herself that she didn’t want to keep living such a grueling life, under the whip of an internal slave-driver, or to keep living it on the fumes of a dream. She wanted a life that she wanted to be living—now. Her present experience had finally become something that mattered; she had become someone who mattered. At last, Gwen chose to hang up her comedian’s hat and enter graduate school.

For the first time in Gwen’s life, she wasn’t striving every minute to try to get somewhere else, to become someone else who was more important. She liked herself and felt at peace for the first time. She even discovered that she positively loved puttering around doing very little, which, in her previous incarnation, was something she had never known or allowed herself to (not) do. Mostly, she was deeply proud of herself for having had the courage to step off the treadmill of striving for success.

And then she met Brendon. Her new boyfriend was a jet-setter, a successful entrepreneur on the fast track to big things. Filled with ambition and talent, he also never missed an opportunity to attend an event, network, or just go the extra mile—whatever was needed to score the deal. He was always chasing after something and usually getting it. As Gwen described it, Brendon was the male version of her old self, but a winning one.

Shortly into their relationship, Gwen started talking about needing to get back into comedy. She began making casual references to herself as boring. Her coursework, which had been fascinating just weeks before, was now dull and mediocre. For the first time since she had left comedy, she was feeling disappointed in herself. She felt like a failure; inadequate, like a failure. The life that had been enjoyable, hard-earned, and courageous, and most importantly, one that finally belonged to her, was now empty and unexciting—far too average for Brendon. And indeed, she imagined that she herself was far too average for Brendon.

Just two months into her new relationship, the self-worth and pride she had earned in the very difficult process of changing careers, letting go of a dream, and building a new identity, had largely, for the most part, slipped away. Gwen had lost the connection with what her life meant through her eyes and was now seeing it through the lens of what it would look like to her boyfriend. How she felt about herself was now defined by how she imagined Brendon would perceive her. The respect Gwen had built for her own journey was gone, reduced to a few judgments by which her new boyfriend would label it.

As women, this is sometimes what we do—to ourselves. We ignore, dismiss, and throw away our own experiences. We ignore what our journeys mean to us, what we know to be true about ourselves, and replace them with other people’s definitions and perceptions of our lives. We do this habitually, without even knowing we’re doing it.

If we want to break this self-abandoning habit, we have to first become aware of it. We have to become conscious of our willingness and compulsion to sacrifice our own experience in favor of others people’s versions of it. Once we can see ourselves giving away our truth, see the suffering it causes us, and see the absurdity of it, then we can stop doing it.

But first, we have to get good and fed up with giving ourselves away.

With awareness and a lot of practice, we can learn to stay connected to our own experience, to stand in our own truth, to define our own journey, even in the face of other people’s opinions, and those who see us differently than who we know ourselves to be. For now, start paying attention to how and when you give away your own story, and when you let others write it for you. Practice taking back your own authority, whatever that means to you.

Nancy Colier
Follow
Nancy Colier is a psychotherapist, interfaith minister, public speaker, workshop leader, and author of "Can't Stop Thinking: How to Let Go of Anxiety and Free Yourself from Obsessive Rumination" and “The Power of Off: The Mindful Way to Stay Sane in a Virtual World.” For more information, visit NancyColier.com
TOP NEWS