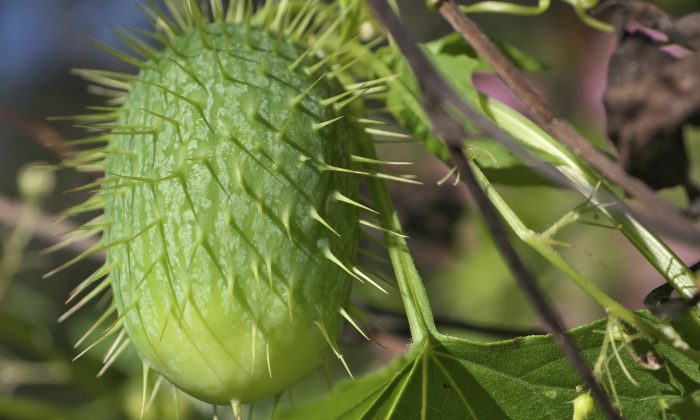 The compounds that make wild cucumbers taste bitter have been shown to kill or suppress the growth of cancer cells. (bkkm/iStock/Thinkstock)
Health News

How to Turn Bitter Cukes Into Cancer Killers

The fruit and leaves of wild cucurbits have been used in Indian and Chinese medicine for thousands of years as emetics and purgatives and to treat liver disease.

“You don’t eat wild cucumber, unless you want to use it as a purgative,” says William Lucas, professor of plant biology at the University of California, Davis, and coauthor of the paper published in the journal Science.

Bitterness is known to be controlled by two genetic traits: “Bi,” which confers bitterness on the whole plant, and “Bt,” which leads to bitter fruit. In the new work, Lucas and an international team of scientists employed the latest in DNA sequencing technology to identify the exact changes in DNA associated with bitterness.

They also tasted lots of cucumbers.

“Luckily this is an easy trait to test for,” Lucas says. “You just chomp on a cucumber leaf or fruit and your tongue gives you the readout.”

The researchers were able to identify nine genes involved in making cucurbitacin and show that the trait can be traced to two transcription factors that switch on these nine genes, in either leaves or the fruit, to produce cucurbitacin.

The work shows how domestication tweaked cucumber genetics to make the fruit more edible. Understanding that process might open up approaches to developing other food crops based on plants that are naturally either inedible or poor in nutrition, Lucas adds.

It could also make it much easier to produce cucurbitacins in large enough quantities to use in clinical trials and potentially in medicine, Lucas says. For example the anti-malarial drug artemisinin, originally derived from traditional Chinese medicine, is now being produced either as a precursor molecule in yeast or through synthetic biology systems.

From University of California, Davis via Futurity.org