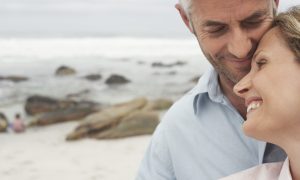 The Midlife Crisis Is Real, but Doesn't Linger
0 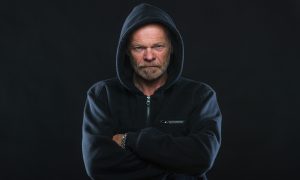 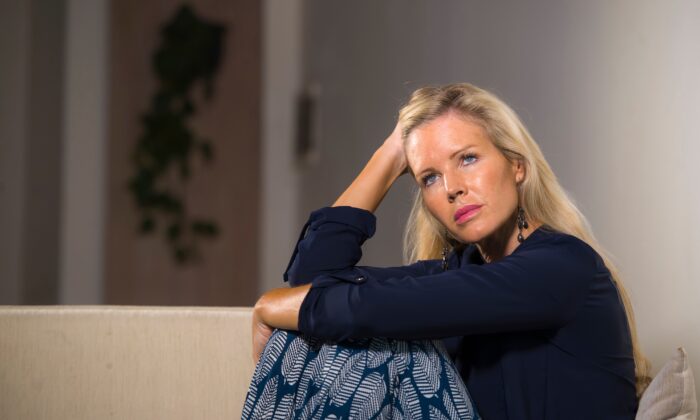 That midlife feeling of pervasive disappointment or malaise is normal and promises brighter feelings ahead, find researchers. (TheVisualsYouNeed/Shutterstock)
Mind & Body

How to Survive Your Midlife Blues

Midlife malaise is common, but happiness rebounds as we get older
By Jill Suttie
FONT BFONT SText size
Print

I’m in my 50s—a bit past midlife, but not exactly into old age. My kids have grown, I have a good career, my marriage is solid, and I’m still reasonably healthy. So, life satisfaction should be mine for the plucking.

But it’s not. I’m no happier than most people I know, and in many cases less so. Why am I in a slump when everything seems to be going, well, right?

That question is at the heart of Jonathan Rauch’s book, “The Happiness Curve.” In his book, Rauch argues that a dip in happiness in midlife is a normal part of human development, and may even be a necessary precursor to later life satisfaction. He also suggests that if we can find ways to hang in there during this turbulent transition, our happiness will not just rebound, but will likely exceed our expectations.

Though the idea of the “midlife crisis” has been around for decades—and mostly a subject of scorn and derision—Rauch says that “crisis” is really the wrong word for what happens to many of us in midlife. If you look at big patterns in global happiness data, and in longitudinal experiments in which individuals are compared to themselves, a strong pattern emerges: Happiness dips gradually through early adult life until it’s at its lowest point, right around our mid 40s to early 50s (though “happier” countries tend to have earlier dips).

This happens regardless of life circumstances, like whether or not your income is high, you have kids at home, you’re caring for elderly parents, or you have a successful career. That’s not to say these things don’t matter for happiness—they do. As Carol Graham and other happiness researchers have found, a stable marriage, good health, enough money, and other factors are all good for happiness. It’s just that we appear to have a tendency toward malaise in midlife that can’t be explained by these factors alone.

“The happiness curve would not show up in as many data sets and places as it does, including among apes, if it were not to some extent hardwired,” writes Rauch.

Though the reasons for this dip in happiness are unclear, Rauch does a valiant job of looking through research to explain it. In one longitudinal study, for example, researchers found that, if you asked younger Germans how they thought their life would be five years down the road, and then compared it to how they actually felt five years later, their predictions were much higher than reality. In other words, they tended to be overly optimistic, and this mismatch seemed to mirror their declining happiness levels.

This makes sense—when expectations are not met, we are bound to feel disappointment. And, argues Rauch, when we don’t have any clear external markers in our lives to explain our disappointment, that can create negative feedback loops, where we feel bad and feel guilty for feeling bad.

“The feedback effect can and often does afflict people who do not experience any severe crisis or shock, people who, on the contrary, are doing fine,” says Rauch. “Sometimes the people who are, relatively speaking, least affected by objective circumstances will be most trapped in [negative] feedback loops.”

Interestingly, this pattern completely reverses after midlife, so that older people tend to be much happier than they would have predicted five years earlier. This suggests that if we can hold on, things may just get better on their own as we become pleasantly surprised by our happiness levels, instead.

“Positive feedback replaces negative as disappointments become pleasant surprises, and as growing satisfaction and gratitude reinforce each other,” says Rauch.

In fact, there are many potential positives that come with aging, which Rauch recounts in the book. Here are some of the benefits of coming out of our midlife slump.

Stress tends to decline. It seems intuitive—after all, we probably have fewer work or family stressors as we get older and our careers stabilize or our children leave home. But, in fact, researchers have found that even holding other things constant, stress still tends to go down as we age, and this downward curve in stress seems to be tied to our increased happiness.

Emotional regulation improves. Not only do older adults tend to experience less intense emotions than younger adults, they also seem to handle emotions better in general. After listening to taped recordings of people making disparaging remarks about them, older adults responded with less negative feedback toward the critics and more detachment around the situation, suggesting greater emotional regulation.

Older people feel less regret. Stephanie Brassen and her colleagues found that when people made the wrong choice and lost all of their winnings in a game, older participants experienced less regret than younger adults—a finding also reflected in their distinct brain activity patterns.

Older people are less depression-prone. According to research, depression becomes less common as we get older. This may be because older adults seem to have a greater optimism bias (the feeling that things will work out) and more positivity (a focus on the positive rather than the negative in life) than younger people.

How to Survive Midlife

It’s good to know that, as you get older, things get better. But that doesn’t mean we can’t do anything to help ourselves deal with middle-age malaise. Luckily, Rauch has some ideas for getting through this time with more perspective.

Normalize it. Just understanding that it’s a near-universal phenomenon can help us stop blaming ourselves for our feelings and learn to accept them more. It doesn’t mean you won’t still get disappointed, but at least you might stop berating yourself for how you feel, which otherwise only serves to make things worse.

Interrupt your internal critic. We are basically wired to want more and to be optimistic about our future—at least when we’re young—because it’s to our long-term advantage. It feeds the kind of ambition that can fuel hard work toward our aspirations. But, as disappointment sinks in when those aspirations don’t materialize, we may find ourselves comparing our achievements to others’ achievements and deciding we fall short. This is a recipe for suffering.

To counter that, Rauch suggests interrupting our internal critic using cognitive-behavioral therapy approaches to reframe a situation or stop incessant rumination. A short interjection of some internal mantra or reminder—like “I don’t have to be better than anyone else” or the shorter “Stop comparing”—may help you catch yourself and keep your mind from spinning out of control.

Stay present. I know it’s ubiquitous these days, but mindfulness—or other present-minded disciplines, like tai chi, yoga, or even just physical exercise—can help you to turn off the self-judgment button, feel less anxious, and experience more positive emotions. In my own life, I’ve used mindfulness meditations, stretching, and taking a walk outside to help me become more present, and they never fail to point my mood in the right direction.

Share your pain with others. Many people find it hard to reach out to others when they are feeling midlife discontent. They fear it implies that something is wrong with them, that they are deficient in some way, or that they’ll lose respect from others.

But sharing feelings with a good friend, who can listen with compassion and also support you through the experience, can help make you feel less alone. “In isolation, disappointment and discontent ferment and fester, which adds to shame, which feeds the urge for isolation. Breaking that cycle is job one,” writes Rauch.

A good friend may also help prevent you from doing something rash, like telling off your boss or cheating on your spouse—something that may seem like it’s going to rid you of your malaise, but will likely backfire.

Take small steps; don’t leap. This may be hardest of all to do, but it’s so important. When you feel the midlife slump, don’t try to radically shake things up by throwing away your life’s work or your family and by starting over on some tropical island. Instead, consider making smaller changes that are aligned with your accumulated skills, experience, and connections.

Rauch points to the work of Jonathan Haidt, who has found that making progress toward our goals—rather than achieving our goals—and living a life of purpose are what lead to lasting happiness. So, instead of going for a full-tilt reorganization of your life, think about making incremental changes that will bring smaller boosts of positivity. Maybe you can consider a lateral move at work, re-energizing your marriage by trying new things together, or taking on a new hobby. That way, when your happiness curve goes up—as it likely will—you’ll not be left with a shattered life. Which brings us to his last suggestion:

Wait. This seems like strange advice; but because midlife malaise is a developmental issue, it may be best just to wait out the happiness dip and accept that it’s likely to change. As long as you don’t sink into depression, holding steady is a perfectly sound strategy.

That doesn’t mean you should ignore severe problems in your life; it simply means that if your emotions seem out of proportion to what’s going on, take heed and be patient with yourself. Of course, this would probably be a lot easier if people didn’t dismiss your feelings as some kind of narcissistic crisis. Rauch calls on all of us to stop disparaging people going through midlife difficulties and to show more compassion.

Additionally, his book suggests that stereotyping aging as a time of decline is wrong-headed. He points toward organizations—like Encore.org—that are working to change negative messages around aging and help older people feel supported rather than thwarted in their attempts to remain vital, contributing members of society.

On a personal note, I found his book to be quite uplifting and instructive. It definitely helped me to be more forgiving of myself for feeling midlife malaise and look forward more to getting through it. Perhaps it will help other middle-aged readers realize that, just because you’re feeling discontent, it doesn’t mean that life is passing you by. Instead, it’s probably just getting ready to blossom.