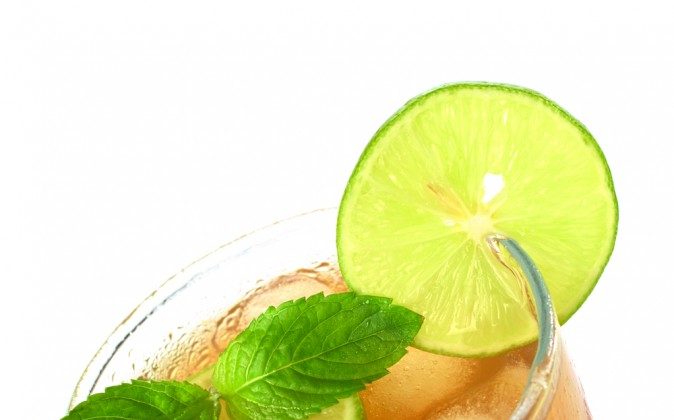 How to Make Kombucha

In recent years, the fermented tea beverage, kombucha, has risen from obscurity and effectively infiltrated the public mind. Exposure from Hollywood A-listers has promoted a growing “kombucha culture,” and various kombucha-makers now compete for shelf space in both natural and conventional food stores.

In 2010, actress Lindsay Lohan attracted major media attention to the health tonic when she reportedly failed an alcohol test because of the trace amounts of alcohol found in the drink. Lohan and other celebrities like Gwyneth Paltrow, Kirsten Dunst, Halle Berry, and Madonna have all been spotted drinking kombucha tea and have sparked increased interest in its healthful properties.

Although kombucha is relatively new on the Hollywood scene, it has been a long-time favorite among health foodies who tout its antioxidant, enzymatic, and probiotic goodness. The origins of kombucha, however, can be traced back even further, to ancient China where it was called “the remedy for immortality.”

Kombucha derives its beneficial qualities from a mushroom culture known as “the mother” or “SCOBY” which stands for “symbiotic culture of bacteria and yeasts.” This mushroom culture is combined with tea and allowed to ferment for anywhere from five days to a few weeks. The end result is a tart and effervescent beverage brimming with vitamins, amino acids, and healthy bacteria.

The beneficial effects of kombucha are so numerous that the tonic could legitimately be called panacea-esque. It is renowned for its detoxifying properties which result from its high content of enzymes and acids. One acid in particular, glucaric acid, has been linked to cancer prevention. As a result, kombucha has often been used as a part of an overall health regimen to ward off and even defeat cancer.

Kombucha is also high in antioxidants, which are known for boosting the immune system and it contains glucosamines, which are beneficial to joints. And, of course, kombucha contains probiotics, which have become extremely popular in recent years for their ability to aid digestive distress.

With this long list of benefits, it is no wonder that kombucha has found its way to grocery store shelves across the country and a thriving “kombucha culture” has developed. But despite its increased availability, many devoted kombucha-drinkers still prefer to brew their own, a task which is fairly simple and worthwhile for any kombucha-enthusiast to try at least once.

The internet is overflowing with DIY kombucha recipes, instructions, and endless options for brewing your own kombucha tea, but a basic recipe for home kombucha-brewing includes the following steps:

Brewing your own kombucha gives you the opportunity to get creative with your kombucha-drinking. Once you master the basic recipe, you can begin flavoring your kombucha by adding fresh fruit, fruit puree, fruit juice, or herbs. It can be a fun, rewarding process that can set the stage for a lifetime of good health— a benefit that is worth drinking (kombucha, of course) to!