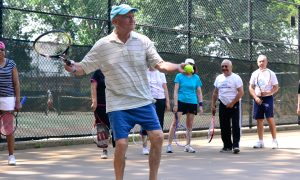 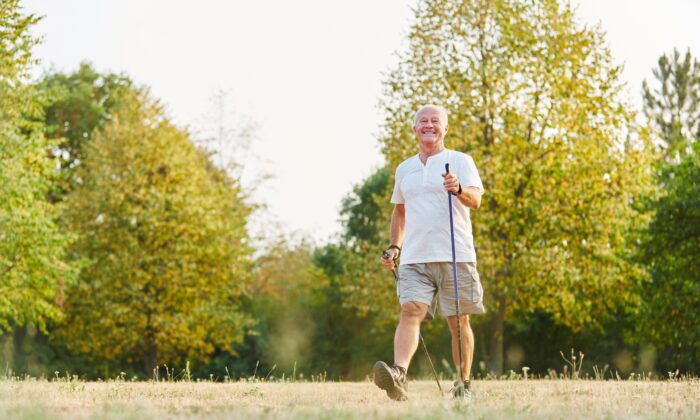 Sitting around is a known risk factor for disease and disability. Yet, when older adults start to lose independence—becoming less functional physically or showing signs of cognitive impairment—they move into residences that may allow them to sit for 85 percent of their waking hours.

As the baby boomer population ages, older people are starting to outnumber younger people. It’s not surprising that admissions into assisted living facilities are growing each year. People are also living longer, which makes it important to ensure that those added years have a high quality of life.

New research is indicating that reducing sitting time could preserve or even improve quality of life, physical functioning, and cognition for residents in these facilities.

This study was completed prior to the crisis in long-term care during the COVID-19 pandemic. With attention now on ways to improve care and quality of life in care homes, one positive change would be to reduce sedentary behavior.

Our exercise and health psychology laboratory is examining how reducing sedentary behavior (sitting) and replacing it with short bouts of light-intensity physical activity (walking) can improve several aspects of health. Based on one of our most recent studies, how much of residents’ waking time is spent sitting should be the new deal-breaker when deciding on an assisted living facility.

Physical inactivity is defined as not meeting the recommended 150 minutes of moderate to vigorous physical activity each week. Sitting, otherwise known as sedentary behavior, uses very little energy. Too much sitting, separate from being physically inactive, has been associated with an increased risk of diabetes, cardiovascular disease, cancer, and all-cause mortality—in other words, early death.

Sedentary behavior is becoming more recognized as a health risk factor. It was recently added as a concern to the Canadian Society of Exercise Physiology’s 24-hour movement guidelines (advocating for less daily sedentary behavior).

This creates a two-pronged problem for older adults residing in assisted living facilities. First, they have the lowest adherence to the physical activity guidelines. On top of this, they are also the most sedentary population.

In our study, we examined what would happen to older adults with mild to moderate cognitive impairment if we simply replaced 10 minutes of sitting after each meal with 10 minutes of light walking. By comparing two groups—one that reduced their sitting and one that didn’t—we were able to investigate the effects of this behavior on the residents’ cognition, physical functioning, and their overall quality of life.

First, we showed that reducing sitting time and replacing it with this level of physical activity was feasible for this population. Second, the results indicated that not only was the intervention group able to reduce their sitting, but they significantly improved their cognitive function, physical function, and quality of life compared to the other group.

This has ramifications for these types of facilities moving forward, as it shows that just a little bit of movement can go a long way. The important takeaway message is that people need to interrupt their sitting as often as they can. Previous studies have shown other positive health outcomes when interrupting sitting time every 20 minutes with just two to three minutes of light activity.

What if assisted living facilities became more active communities, where the residents were less sedentary? This could potentially allow them to gain more independence—and not lose it. As the majority of residents in these facilities have some form of cognitive impairment, many people make the transition into these residences for the 24-hour supervision, personal care services, social activities, and some health-related services (such as medication management).

Our study used an alarm from a sport watch, creating gentle vibration reminders for participants to get up and move at certain times of the day. Building on the results of this study could identify more ways to get this population up and moving more often. This can potentially protect them from further decline, and add more quality years to their life.

Kirsten Dillon is a doctoral student at Western University in Canada. This article was first published on The Conversation.