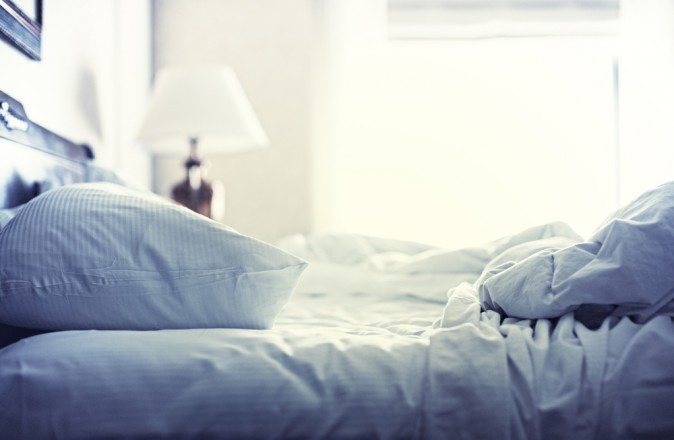 How to Get Pregnant

For couples trying to conceive, the chance of this happening within a year depends on their age. The monthly chance of pregnancy for couples where the woman is 35 years or younger is about 20% and 80-90% become pregnant within 12 months.

By age 40, the monthly chance has dropped to 5% and half of couples conceive within 12 months.

The age of the father-to-be matters too. Women with partners aged 45 or older are almost five times as likely to take more than a year to conceive compared to those with partners in their 20s.

While there is little we can do about our age, timing sex to coincide with the most fertile days of the month can reduce the time it takes to conceive and could even save you a trip to the fertility clinic.

At ovulation, an egg is released from the ovary and if there is sperm waiting around at that time, there is a good chance it will be fertilised and grow into a baby.

Conception is only possible from about five days before ovulation through to the day of ovulation. These six days are the “fertile window” in a woman’s cycle and reflect the lifespan of sperm (five days) and the lifespan of the egg (24 hours). But the likelihood of conceiving is dramatically increased if sex occurs in the three days leading up to and including ovulation.

The fertile window varies depending on the length of a woman’s cycle. The time from ovulation to the next period is approximately 14 days, irrespective of cycle length, but the time before ovulation varies between women.

Women are more likely to conceive in the three days leading up to and including ovulation. (Shutterstock*)

If a woman has sex six or more days before she ovulates, the chance she will get pregnant is virtually zero. Then, the probability of pregnancy rises steadily. If she has sex in the three days leading up to and including ovulation, she has a 27-33% chance of becoming pregnant.

From that point, the probability of pregnancy declines rapidly. Twelve to 24 hours after she ovulates, a woman is no longer able to get pregnant during that cycle.

Knowing your body and how it changes when ovulation approaches is also important. A few days before ovulation, the vaginal mucus changes and becomes clear and slippery (the consistency of egg white), which is perfect for sperm to swim along. Mucus changes provide an early and useful cue that ovulation is approaching.

If you want to reassure yourself about getting your timing right, you can use ovulation predictor kits which are available at pharmacies and supermarket. A few days before you think you will be ovulating you start testing your urine each day. You can expect to ovulate 24 to 36 hours after the test turns positive.

If all this seems too complicated, an alternative is to have sex every two to three days. That way all bases are covered without getting too technical about when the chance of conceiving is greatest.

For more information about the factors that affect fertility, visit www.yourfertility.org.au. Karin Hammarberg does not work for, consult to, own shares in or receive funding from any company or organisation that would benefit from this article, and has no relevant affiliations. This article was originally published on The Conversation. Read the original article.

*Images of “bed” and “diary” via Shutterstock