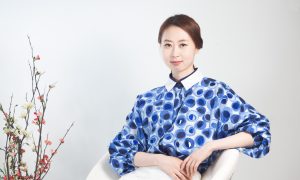 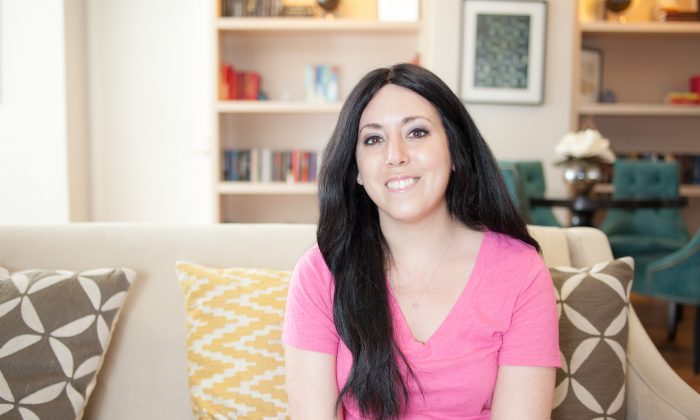 Jamie Purzak, 29, in the common area of the apartment building where she lives in Brooklyn, N.Y., on June 13, 2015. Purzak has survived a rare kind of cancer for nine and a half years against all odds. The next few months may be her last. (Petr Svab/Epoch Times)
New York

How This Girl Survived Advanced Cancer for Almost a Decade

NEW YORK—A cancer materialized and lurked in the bone marrow of Jamie Purzak’s ribs. She was 16 when she first felt the deep, gnawing pain. She thought it was because she overexerted herself. She was captain of the cheerleading squad. Not only that, but after an hour of jumping and tumbling each day after school, she’d go straight to work at a Long Island bakery until 8 in the evening. Who wouldn’t feel a little sore?

But it was a strange kind of sore. It was not in the muscles. It struck from within her bones.

The cancer directed Purzak’s cell division to proliferate, forming clusters of cancer cells that converged to form tumors on her ribs and spine.

The tumors had spread and swelled, forcing her bones to misalign, but she didn’t know it.

The throbbing pain came, and went, and came again. They’d push her bones back in place and it’d give her some relief. She’d feel fine for long stretches of time. She went to college in Florida and studied pre-law.

Out of the blue, it’d attack.

Purzak recalled the night she was at her mother’s house when a chest bone popped out. She sobbed as her mother pushed hard on the bone to pop it back in.

Who ever thinks their child will get cancer?

“That was one of the worst pains,” Purzak said. “The pushing gave me temporary relief.”

The pain intensified over the years. Purzak stopped counting the number of Advil pills she took.

During Thanksgiving of her sophomore year in college, she returned home and her parents saw how sick she was. She had trouble walking. They took her to see a doctor.

By then, the cancer had gone undetected for three years.

There they were, sitting in the doctor’s small office, trying to digest the news.

No one knew what to say. Her father, a stoic man usually, was crying on the floor. Who ever thinks their child will get cancer?

Purzak had developed Ewing’s sarcoma, a rare bone cancer that is found in less than 400 children and young adults each year in the United States, according to the Memorial Sloan Kettering Cancer Center. Since many illnesses have similar symptoms, Ewing’s sarcoma is occasionally missed in its early stages.

The doctor explained to her parents that her chances of surviving were not high. There are people with only one tumor who don’t react to chemotherapy. Purzak had more than 10 tumors eating through her bones.

They were large, bulky tumors that were shaped like orange slices. “It sort of looked like someone just stuck oranges everywhere,” Purzak said of her original X-ray.

The X-ray showed that her hip was close to fracturing due to the enormity of the tumors on her hip. She had to leave the hospital in a wheelchair.

Yet against all odds, Purzak’s health improved. Within 11 months of chemotherapy, there were no visible signs of tumors.

Even in dire situations, one can find great joy in small things.

A large reason for this unexpected recovery is Sloan Kettering’s expert medical staff; the U.S. News & World Report has ranked it as the No. 1 cancer hospital in the nation for the past 25 years.

Perhaps equally important, Purzak never focused on the fact that she could die.

“In my head, I thought: ‘Chemo kills cancer. We’re doing chemo, So it’s all good,'” Purzak said. “I thought that’s just what we did it for. Why are we celebrating so much?”

Although she had to stay in bed most days, she never lost sight of the meaning of her life.

To Purzak, life was meant to be enjoyed regardless of the circumstance; even in dire situations, one can find great joy in small things.

“The little things make me very happy,” she said.

Despite the vomit, the steroids, and the loss of mobility, Purzak never ceased to find great joy in modest comforts such as wigs and sprinkled cupcakes.

“I can be happy for a whole week because I had a sprinkled pumpkin cupcake,” she said.

There’s something powerful about her determination to stay unmoved.

One of her favorite snacks is the chocolate Ferrero Rocher Easter egg, which is only available in stores during Easter.

“That’s what I’m going to do after the interview,” she said. “I’m going to order some creamy easter eggs from Amazon.”

Purzak is not going to let the cancer bring her down, and there’s something powerful about her determination to stay unmoved.

Viktor Frankl, a Jewish psychiatrist, wrote about how he and others survived the Holocaust by focusing on what was meaningful in their lives. He was in a concentration camp for three years.

“Everything can be taken from a man but one thing: the last of the human freedoms—to choose one’s attitude in any given set of circumstances, to choose one’s own way,” Frankl wrote in his 1946 book, “Man’s Search for Meaning.”

Even in the most dire circumstances, those who felt that their lives had a purpose were far more resilient to suffering than those who did not.

Sitting in the lobby of her Brooklyn apartment, one can’t tell that Purzak, 29, has less than a year to live.

Even though she has gone through eight rounds of radiation, she continues to draw her eyebrows elegantly and wear smokey eyeshadow.

She just went through treatment a few days prior to our interview, and her body has been numb. This was the first day that she could walk without a walker. She lifted her feet and exclaimed happily—”I can lift my foot now! I couldn’t do that this morning.”

Purzak had stopped chemotherapy after two-and-a-half years because there continued to be no visible signs of tumors.

She returned to school and completed her undergraduate studies at Long Island University. Her lush, dark hair grew back. She went on to get a master’s degree in social work at New York University and met the love of her life.

But the cancer came back.

At the end of May, her doctor told her she might not live longer than a year.

Even though she is on treatment, the cancer had spread to her lung. Lungs are delicate organs. Too much radiation can cause her lungs to collapse.

Doctors are limited in treatment, yet the cancer on her lung is growing at the fastest rate that it has ever grown.

This could be the end.

It is possible that in three to six months, Purzak will be on life support.

“My doctor has always said ‘we need to do something different’ when something goes wrong. This is the first time he hasn’t said that,” she said.

“He’s having trouble with news that this could genuinely be the end. We’d never heard it. It’s very jolting. Could this be true?” Purzak said of her boyfriend. “But I have a good way of ignoring things.”

She refuses to let her illness get to her. She is taking a trip to Europe, where her boyfriend plans to propose.

When asked what were three words Purzak would use to describe herself, she responded: “Determined, stubborn—I don’t want to say happy, but I just feel laid back. Things don’t get to me.”

It’s possible she’ll survive. Purzak will go through her ninth radiation when she returns from Europe. And she is confident it will go well.

“After everything that has happened, I’m like come on, really? This isn’t going to be the end.”